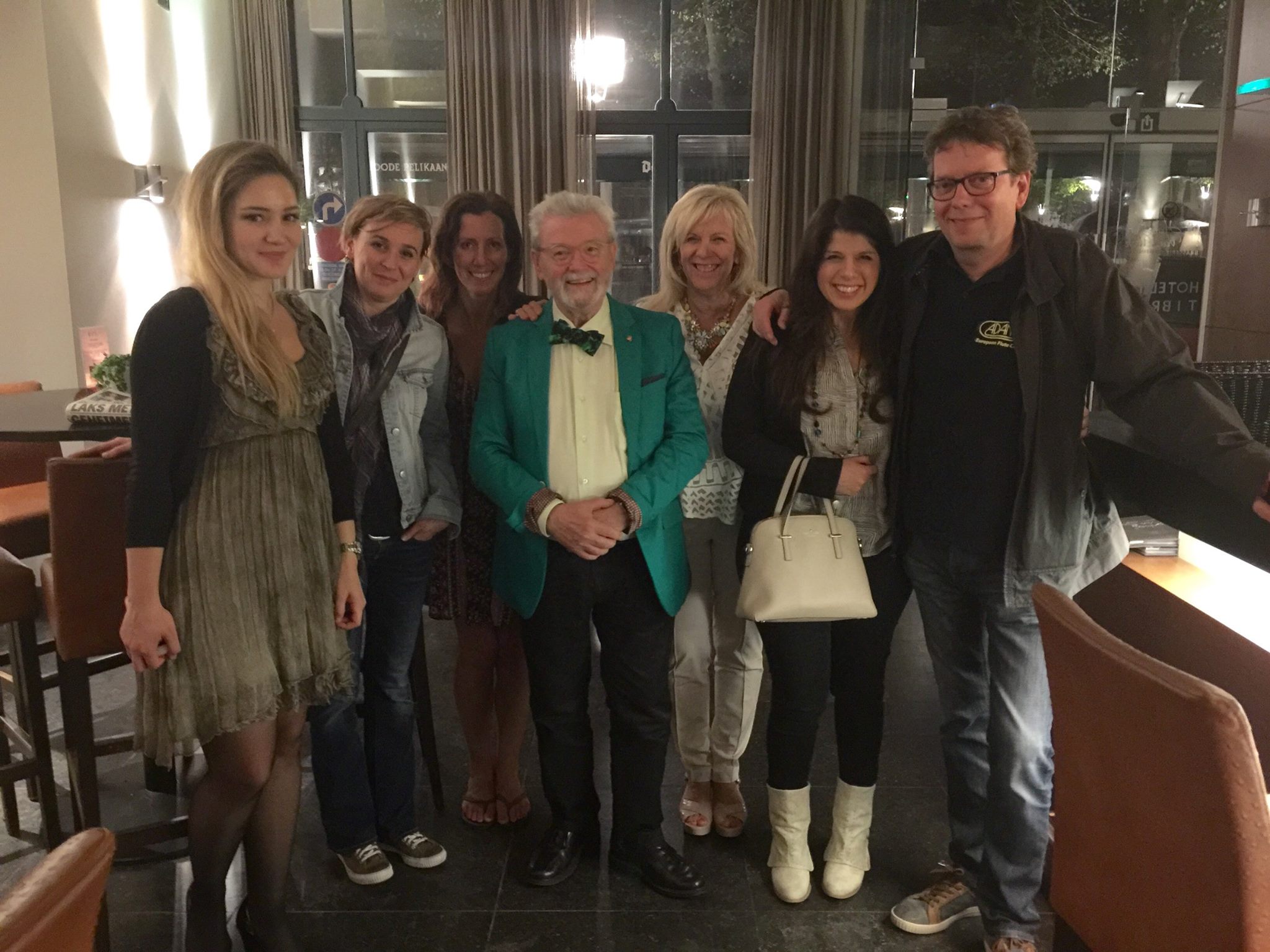 When Peter Swinkels, owner of Adams European Flute Centre, asked me to exhibit Fluterscooter bags at the 10th Annual Adams Flute Festival, I wasn't sure what to expect, or if it would even be worth the long trip to the small town of Ittervort, Netherlands.  Luckily, I like traveling, and I was in Germany for the Frankfurt Musikmesse a week prior to the festival, so I decided to make a trip out of it!

Of course, I looked forward to seeing Sir James and Lady Jeanne Galway as featured guest artists, and to see some of my friends like Nicole Esposito and Niall O'Riordan, but I was also eager to meet and hear many European flutists like Ian Clarke, Paul Edmund-Davies, Wissam Boustany, and especially Berdien Stenberg, the famous Dutch flutist who had a hit song on the Billboard charts and produced some pretty amazing classical crossover videos in the 80s.

When I exhibit at festivals, I'm usually confined to my booth, which is good and bad: the good part is meeting new flutists and talking with them about my product, especially since Fluterscooter bags are still relatively new in Europe.  The bad part is not being able to attend many of the classes and concerts I wanted to see, however, I was still able to see the 10th anniversary gala concert, which featured Sir James and Lady Jeanne Galway as well as Leipzig based flute quintet, Quintessenz.  I was blown away with Quintessenz' arrangements and playing, especially the Schubert Variations.  I have never heard a flute ensemble play with such precision, intonation, and fun!  They even made their headjoints buzz like kazoos, which they told me is made from a fiber in the headjoint...something I must try!  Sir James Galway played some fan favorites, such as the Chaminade Concertino and Faure Fantasie, and then closed the evening with a beautiful duet of Shenendoah with his wife, Lady Jeanne.

Aside from the music, the festival was rich in food and drink, two of my favorite things!!  I have exhibited at many festivals in the states, and never before have I been treated so well.  At the gala concert, Peter had exclusive balcony seating for all guest artists and vendors, including unlimited champagne, wine, cocktails, and delicious hors d'oeuvres.  This is something I would love to see at other festivals.  Many times, people don't think of all the work and energy vendors and guest artists put into a festival, and it felt very nice to be appreciated so much.  Thank you, Peter!

And, of course, what is a flute festival without sampling some local ice cream?  Pictured here with Nicole Esposito, is the Speculoos ice cream, which I "sampled" once or twice a day!