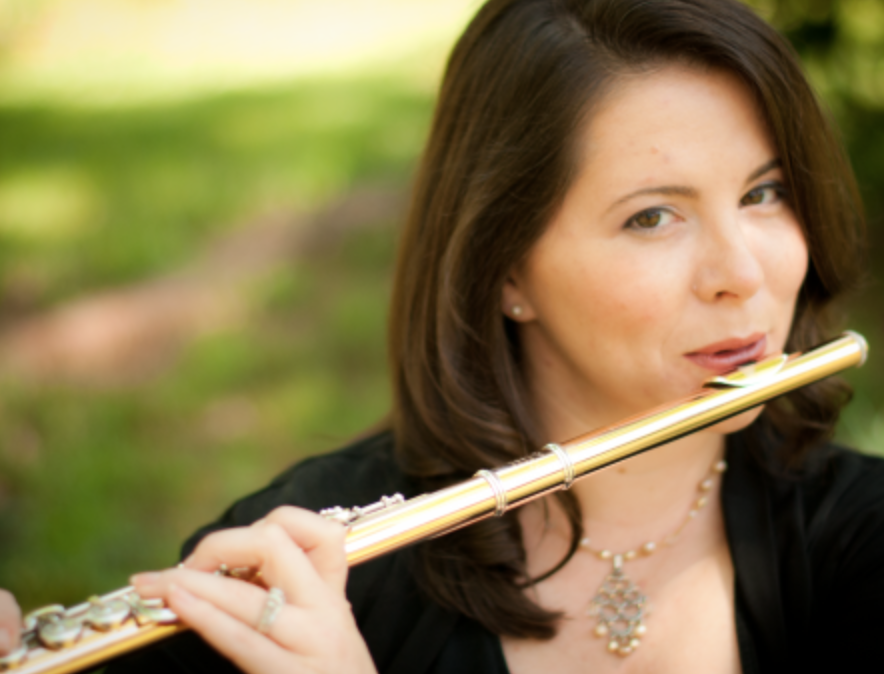 We were thrilled with so many other wonderful entries that we will be considering performing some or all of the following composer's works also on the Flutes by the Sea Flute View Trio Concert on July 10 at 7pm. Nicole Chamberlain (b. 1977) is a composer and flutist living in Atlanta, GA. In 2010, Nicole won "Audience Favorite" at the Atlanta Opera's first 24-Hour Opera Project for her opera "Scrub-A-Dub Raw" which resulted in the the Atlanta Opera's first ever commission of the children's opera, "Rabbit Tales", which received over 50 performances and kicked started her career as a composer. Nicole has also been commissioned by groups such as the Georgia Symphony Orchestra, Cuatro Puntos, Dahlia Flute Duo, Clibber the Jones Ensemble, and Hopewell Middle School Symphonic Band among others. In 2013, Perimeter Flutes commissioned Nicole to compose "French Quarter" which will had its premiere at the National Flute Association Convention in New Orleans, LA. She also won the 2013 Areon Flutes International Composition Competition which she was awarded a commission. Nicole received her Bachelors in Music Composition from University of Georgia where she studied with Dr. William Davis, Dr. Leonard Ball, Dr. Lewis Nielson and Dr. Roger Vogel and was selected for masterclasses with Charles Wuorinen and Joan Tower. Nicole, as a flutist, has appeared with such groups as Georgia Symphony Orchestra, duoATL, Mercury Season, Terminus Ensemble, Chamber Cartel, Perimeter Flutes, Gwinnett Ballet Orchestra, neoPhonia, Bent Frequency, Capitol City Opera, and Orchestra Atlanta. Nicole has participated in Masterclasses with Bradly Garner, Paul Edmund-Davies and Dr.Gordon Cole. Nicole's former flute teachers have included Donna Orbavich (Hong Kong Symphony), Lisa Wienhold (Alabama Symphony), Dr. Ronald Waln (University of Georgia) and Atlanta Symphony Orchestra's principal flutist, Christina Smith. Currently she balances her time composing, teaching students, performing, and avoiding graphic design work as much as possible. Nicole lives in Doraville with her husband, guitarist and composer Brian Chamberlain. You can learn more about her and her music at www.nikkinotes.com