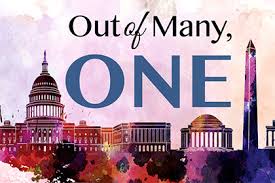 Another great NFA has concluded! I had a wonderful time seeing friends and hearing some great concerts. This year I didn’t do as much as I usually do for two reasons, one – I’m recovering from a concussion and have less energy than usual and two—I was helping to sell flutes at Flute Center of NY’s booth!!! Here’s a few NFA highlights for me:

I attended the first part of the Gala opening concert on Thursday night and loved hearing the fife and drum core- I love spectacle and the perfection of the playing and marching, the uniforms and the evocation of early America was inspiring to this first generation American. I also loved Fourth Wall and their creative, funny, acrobatic and beautiful interdisciplinary approach, it was a great way to open the conference. I managed to get to the concert of the Shropshire Music Foundation and truly admire the work that they are doing teaching children peace through music- very inspiring to me. I loved hearing Flutronix at the concert called “Experience” featuring performance art, sound, movement and media and enjoyed Fluterscooter’s video presentation at the same concert.

Keith and I enjoyed seeing those of you who attended our book signing at the Fluter Scooter booth where every afternoon between 3pm-5pm something fun was happening, including a visit with the Galway’s, a music signing with Carol Wincenc, Viviana Guzman’s new make-up line and Tracy Harris’s introduction of a new sheet music collection.   The exhibit hall was full of interesting and imaginative events as well as gorgeous flutes. And I enjoyed the experience of selling professional level flutes at Flute Center of New York.   Overall it was a terrific convention and I’m looking forward to next year in San Diego!!

This NFA was a busy show for me, to say the least.  Not only was it my first year with a booth, I also was in charge of scheduling all the guest appearances at the booth, including Carol Wincenc, Sir James and Lady Jeanne Galway, Nicole Esposito, Viviana Guzman, Barbara Siesel and Green Golly, and Tracy Harris.  I also showed my hologram film at the "Experience" concert.

However, as these were all fantastic, my highlight of NFA is always meeting new people and reconnecting with old friends and colleagues.  The flute community is full of such vibrant, talented, and caring people, whether it be the players, the instrument makers, the innovators and pioneers.  We are all lucky to be in such a community!

This NFA was a particularly busy and fruitful one for me.

I launched my brand of Flute Queen Lip Gloss, Body Mist and Bath Salts for one hour at the Fluterscooter booth where I had a display and poster.
As the Public Relations Chair for NFA, I was responsible for getting PBS and ABC-TV at NFA this year.  In addition, I am required to do interviews of various flutists for NFA.  This year, I interviewed Sir James Galway, Lady Jeanne Galway, Carol Wincenc, Paula Robison and seven others.   I did the interviews from the Fluterscooter booth since she was the one who invited these different artists to have an hour to appear and sell their merchandise at her booth.
I took part in a flute choir concert where I happily shared a stand with Wissam Boustany.   In addition,  I had two solo concerts with two different pianists.
I very much enjoyed Paula Robison's recital and concerto appearance.  Her mastery, elegance and supreme musicality and colors are exemplary to us all.
It was very enjoyable to hear the different concertos from the Gala Concert.  The World Music Gala Concert was engaging although ran quite long.
The 11 piccolos stole the show at the Closing Ceremonies with Stars and Stripes Forever which was featured on ABC News in Washington DC that evening.
Kudos to Joanna Bassett, et all!  Thank you to all the volunteers officers, and board directors,  for yet another fabulous National Flute Conventions!
-Viviana Guzman