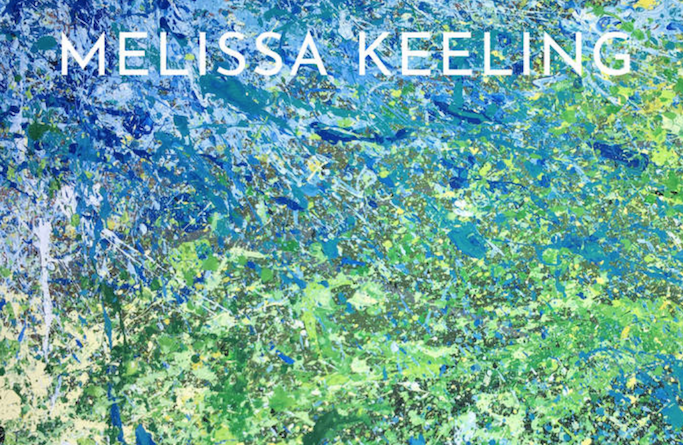 Melissa Keeling's new album, SUPERSONYQ, is a delight of original compositions and arrangements for Keeling's signature flute/effects pedals sounds.  This album explores rock, classical, and ambient layers, and Keeling takes risks both compositionally and creatively, making for a unique and sonically pleasing album.  What I love most about this album is when you hear it, you know it is Melissa Keeling.  Not many classical flutists have that claim to fame, and her creativity in SUPERSONYQ is refreshing and necessary to exploring the boundaries of flute.

The first three tracks on the album could not be more disparate; first is an arrangement of the Van Halen tune "Eruption" for solo flute with glissando headjoint, and effects pedals.  I still remember Keeling's NFA performance of this piece, as I, and the entire audience, were blown away.  Keeling, a protege of Robert Dick, uses the glissando headjoint as Dick intended, and then takes it to an entirely new level.  If you think that arrangements of rock music need to be simple, take a listen to her technique in "Eruption." "Clair de Lune" follows, showing Keeling's sensitive side, a stark contrast from the first track.  The pedals used create a dreamy atmosphere for Debussy's famed piano masterwork, using both thirds, delay, and reverb.  "Kings of the Sky" is probably my favorite track of the album.  An original composition, this piece was written about Keeling's fascination with butterflies since her childhood in Kentucky.  The mood is joyous and hopeful, much like the monarch butterflies themselves.

The next section of the album begins with "Ephemera," in which Keeling states: "Though it often gets a bad reputation, the piccolo has such as beautiful, graceful spirit. The balance of this dichotomy is at the heart of Ephemera – how can something, like the piccolo, possess both incredible power and such elegance? In this piece, I try to bring out the lesser-known side, the yin side, of the piccolo." Keeling's multi-tracked piccolo soars in this track, and we get to hear the sweetness of the piccolo, which is often not heard.  "Moving Castles" has a percussive and rhythmic drive, with an improvisatory solo flute on top of the rhythmic layers.  "Solar Flare" is Keeling's most "classical" composition on the album, written for three flutes/piccolo and electronic backing track.  This is a great addition to the flute trio repertoire; sheet music is available on Keeling's site here.

"Mantis" is a three part piece dedicated to Keeling's father who passed away from ALS in 2011.  The praying mantis is a symbol of life, and Keeling's thoughtful writing pays a beautiful homage to her father.  It is introspective, meditative, and a bit melancholy, and also showcases the creative possibilities of multi-tracked flutes and effects for ambient layers.

Lastly, to close out the album, is Keeling's stunning and moving rendition of "The Star Spangled Banner." Inspired by Jimi Hendrix' whammy bar guitar effects, Keeling's usage of Robert Dick's glissando headjoint could not be more perfect for this piece.  As Dick created the headjoint to make the flute be able to sound like a whammy bar, Keeling plays on influences both from Dick and Hendrix to create a truly memorable version of our national anthem.

What is even more impressive about this album is that Keeling recorded, mixed, and mastered everything (as I know, this is no small feat!) Brava to Melissa Keeling on what I consider the most creative flute writing of 2018 next to Bjork.