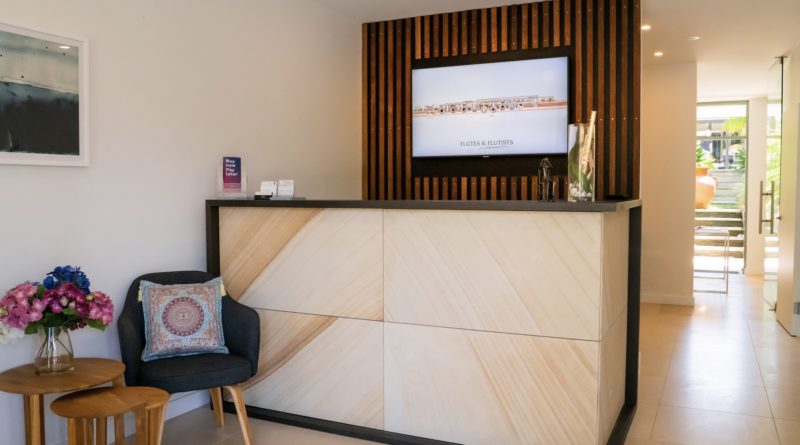 Flutes & Flutists is a premier Flute shop located in Sydney, Australia as well as the host of the Australian Flute Festival.

When and how did Flutes & Flutists begin?

Flutes & Flutists originally started as Flute Fidelity in 1990 by David Leviston and rapidly became the leading supplier of high-quality flutes in Australia.

In the early seventies, David spent two years studying with Wibb, who completely opened up his concept of sound and its relationship to tuning, and also caused him to develop a lifelong obsession with finding the perfect sound. This then led to another obsession which was to find the “ultimate flute”. The most popular flutes at the time in Australia were from Boston, and particularly from Haynes and Powell. These also happened to be David’s favourite flute makers, but you had to order them directly from the manufacturer and there was a long waiting period. So, David started ordering flutes from them, and kept ordering more every time another model piqued his interest.

Obviously, this then meant that he needed to sell his previous flute in order to finance his next acquisition, but given the waiting time for a new custom handmade flute and their popularity, plus David’s connection with other professionals in the industry as a member of the West Australian Symphony Orchestra, he was able to do so with relative ease. At no point during this period did he consider making a business out of it though, as he was a professional performing musician. It was simply a means to an end of finding the ultimate flute.

It wasn’t until the late eighties that the thought of starting a business around the importing and selling of flutes occurred to him, and that was when Wibb introduced him to Altus. Wibb had been helping Shuichi Tanaka develop his Altus flutes for some time already and suggested that David try them. David was so impressed with them that he ordered several Altus flutes so that he can show them to his colleagues and some of Australia’s top players. Within a very short period of time, this initial order of Altus flutes were all sold, which proved to David just how much demand there was, and how as a flute player first and foremost, he is in a unique position to import into Australia and help his colleagues choose and procure some of the finest flutes from around the world.

David’s business became Flutes & Flutists in 2008 when it was obvious that it had become much more than just supplying flutes and providing high level servicing, but also organising events, most notably with the development of the Australian Flute Festival which has become one of the preeminent events of its kind in the world.

Who is part of the Flutes & Flutists team?

Currently the team is headed up by David Leviston, a long-time flute professional and teacher, Mark Xiao, our Artist in Residence and National Sales Manager and Chris Leung, Administration and Repairs Assistant.

I would say the most popular brands in Australia are: Haynes, Altus, Burkart, Powell, Yamaha, Muramatsu and Miyazawa.

Do you offer other services besides selling flutes?

Yes, we offer the highest quality support in servicing and repairs of flutes, the biannual Australian Flute Festival and other stand-alone events such as workshops, courses and concerts featuring Australian and visiting overseas Artists.

Do you have customers outside of Australia and New Zealand?

We have a small number of customers visiting us from overseas each year.

What are some of the challenges of running a flute shop?

We have been told many times that we have one of the largest ranges of flutes in the world. A lot of it has to do with how popular the flute is in this country, and we count ourselves lucky to have so many world class flute players here who inspire the community, and also our distance to the rest of the world, making procuring high quality instruments difficult for most. Without carrying such a large range, we will be limiting the choices of our flute players and doing the flute community a disservice.

The challenge is how to maintain such a large range. We need to have an idea of what kind of flutes people are interested in, making sure that they’re available for the customer at the right time, and having enough in stock to account for things we cannot predict. It gets tricky when manufacturers often need or demand an order to be placed 12 months in advance.

Furthermore, all our instruments come from other countries with different currencies so we are very much affected by global market shifts. When you combine all these factors, it takes some juggling to anticipate the instruments that customers are going to want, get them to Australia, pay our suppliers and make sure we can have a satisfactory offering for our customers.

How would you describe the Australian flute community and culture?

We feel very privileged to be a part of the Australian flute community. There is a very strong sense of community because we are a relatively small population, so we mostly know each other or have at least heard of one another. I think this is also one of the reasons why the Australian Flute Festival, which we organise every two years, is so successful because it gives us a chance to catch up and connect from all over the country as well as invite other notable friends and figures from overseas.

When did the Australian Flute Festival begin?

Who generally attends the Australian Flute Festival and how many attendees?

A large part of the attendance is made up of flute teachers, performers, and students from across the whole spectrum. Numbers continue to increase with the last festival having over 500 attendees.

When is the next festival and who will be the guest artists?

July 2021. Not all artists are yet confirmed but at this stage we will have Jasmine Choi, Wally Haas and Gareth Davies.

What are some of the challenges of organizing a large festival?

Our primary goal is to create and develop a balanced program that is of interest and relevant to as wide a representation of the whole flute community as possible. The logistics of developing and managing a timetable for all events, as well as coordinating all presenters, performers and attendees can be very challenging but our splendid committee members, led by Lyndie Leviston have always done a superb job. It’s also important to balance the budget so that we do not make a loss and can be in a financial position to keep putting up these events.

What is your advice to our readers not from Australia on how they can contribute to the New South Wales bushfires relief?

As many people from around the world have already seen, our country has been heavily devastated by this year’s bushfire season. So many people have lost their lives or livelihoods and our environment has taken a tremendous beating. We have already received a lot of support from kind people all over the world and we will be forever grateful, but it is a battle that we are still fighting and will have to keep fighting for a long time to come so any further help would be greatly appreciated. The Australian Broadcasting Corporation (ABC) have put together some links to various organisations that are on the front lines and in dire need of support. You can find them here.