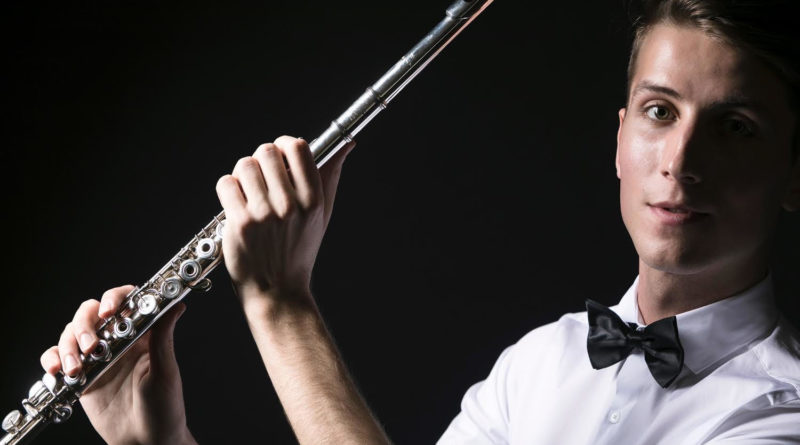 Dreams come true, and my very big dream was to live in the US. Today, I am a flute player based in New York. I perform, participate in festivals, competitions, and teach the flute. For many musicians who come from far, it takes a lot of effort, courage, and stamina to get into the US, study in a music institution, and make a career. Many People ask me how I got to the US and why? I thought it would make sense for me to share my story here with all of you. Growing up in Lviv, which is the western capital of Ukraine, during the ’90s, my generation was very much inspired by the American culture. In many recordings, movies, TV shows, or articles I could see big, musically important names, such as Carnegie Hall, Juilliard, and the Metropolitan Opera. Back then, for me, it would be something I would not even dream of, a totally different world. In other words, If you were to tell me 10 years ago:  “Hey Denis, In about 10 years you will live in New York” I would think it was a joke. Only in my last year of studying in Moscow I got an idea to travel overseas, and apply to study in New York City. To be honest, I did not think I would have chances to be accepted in New York and thought it would be at least nice to visit and perform in the City.

It may be because the old soviet music school system, which is being used today in former Soviet countries, makes you feel less confident in yourself as a musician and forces you to keep improving your skills without thinking about your accomplishments. Finally, I was accepted at Mannes College of Music, The New School, and had a huge honor to study under professor Judith Mendenhall.  It took me some time to find the right balance in seeing what I am good at and what needs more work. Obviously, I also had to work on my English skills, which took me some time, although others would say I was very quick at learning English, maybe they were just nice? Anyways, it felt very inspiring, and even today I spend some time learning better English by encouraging people to correct me when I am wrong. It feels incredibly comfortable to be Ukrainian in the US, especially in New York, as it has the same kind of weather as the city where I grew up in Ukraine. It is very international, I feel like every nationality is being respected and supported here. I was and am very lucky to meet so many friends and people who would give me an incredible experience, memories I will never forget. Looking back in time, when I would not even dream of being in New York, I am here today, collaborating with incredible artists, teaching, and performing at Carnegie Hall, Lincoln Center, Kennedy Center, and many other incredible venues of the US.

Based in New York, Ukrainian flute player, Mr. Savelyev began studying the flute at age five at the Krushelnitska Special Music School, in Lviv, Ukraine, after graduation he was awarded a place to study at the Gnesin Academy of Music in Moscow. He earned his MM and Professional Studies Diploma at the Mannes School of Music, the New School, in New York, where he studied with Judith Mendenhall, and Bard College.
Mr. Savelyev is a winner of multiple competitions, such as 1st prize in the 2017 New York Flute Club Competition, 2nd prize at the 2019 Young Artist Competition at the National Flute Association, and 1st prize at the 2019 New Jersey Flute Society Young Artist Competition. As a soloist, he has performed at venues such as the Kennedy Center, Carnegie Hall, Merkin Hall, Ukrainian Institute of America, the Moscow Music House and at the Lviv Philharmonic. Orchestral positions have include with the Mariinsky Theater in Vladivostok, the New York Symphony Ensemble on its Japanese tour in 2016, and the Manhattan Symphony and The Orchestra Now in New York.