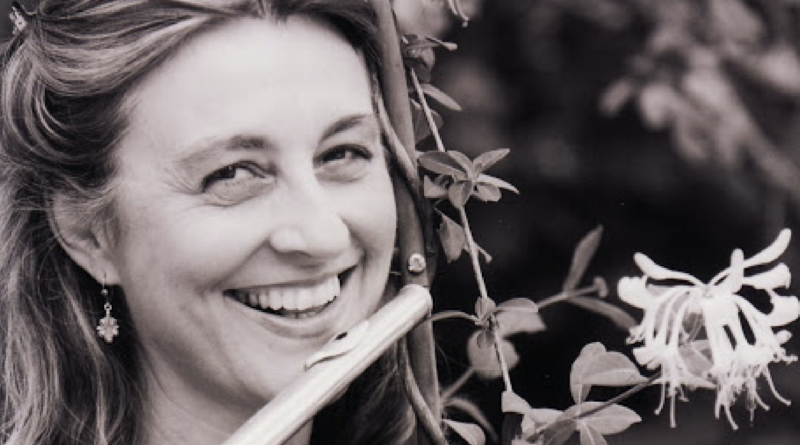 Can you tell us a bit about your professorship? (where, how long, teaching style, size of your flute studio)

From 1990-2018, I was the flute professor at University of Wisconsin-Madison, where I taught flutists from doctoral studies to the most elementary levels, and everything in between. The flute studio was kept at a maximum of twelve students, a true luxury, so everyone received a lot of personal attention. Our studio classes were extensive and covered many topics. In addition to technical training, flute repertoire and orchestral studies, we also read books together on performance practice, arts entrepreneurship, the history of the Western flute, the physical aspects of performance, and books about famous flutists. My teaching style was tailored to the individual student, although my own training dictated that I approached technique and repertoire through the time-honored path of my own studies with James Pappoutsakis, Paula Robison and Marcel Moyse. I highly encouraged constant creativity and individual inquiry in my students and tried to embody a fearless approach to learning extended techniques. Through constant exposure and experimentation, encouraging collaboration with living composers, and a “can-do” attitude, students can learn most anything. I performed in an actively touring faculty wind quintet which was a delightful part of my job, and took me all over the state of Wisconsin, which I hadn’t known prior to becoming the professor there.

What are some of your career highlights as a teacher?

As a teacher, there is no greater joy than seeing your students thrive. My students have gone on to excel in the music and many other professions, and I’m in touch with so many of them! I’m confident that training as musicians and flutists enabled their success in whatever profession they chose. There are so many paths and varieties in a musical life! And though I loved to seeing a student become a professional musician, I also have been gratified to see a student become a successful business entrepreneur, an in-demand studio teacher, a parent, and even a cloistered nun in a convent who continues to play seriously and continuously.

What are some of your career highlights as a performer?

Oh, gosh – there are so many. I’ve been very lucky to have had great opportunities – Believe it or not, I started out as a street musician in San Francisco in a baroque trio, a duo with a concert harpist and even a street orchestra! We made our living in the business district downtown in San Francisco, at the Renaissance Faire, at the Dickens Faire and even on a houseboat in Sausalito. I’ve played concertos with Boston Pops, Hong Kong Philharmonic, Madison Symphony and the Brevard Symphony, Symphony de San Juan (Argentina) and an NFA convention. As a student at Tanglewood, I had the privilege to work with Seiji Ozawa and Leonard Bernstein, and also had played one of the first performances of George Crumb’s Voice of the Whale, coached by the composer. When I won the Concert Artist Guild competition in New York, I was given a solo recital at Carnegie Recital Hall and after winning the Pro Musicis competition, I was presented in solo recitals around the United States and Europe. I loved the year of adventure I spent as the principal flutist in the Hong Kong Philharmonic, where I took the ferry to work each day. I made my first recording, produced by composer Gunther Schuller, available on GM Records, and it was unforgettable, especially because I was seven months pregnant when I recorded it! To prepare, I had the great honor of studying Astor Piazzolla’s Six Etudes in the Tango Style with the composer, and I was the first flutist to record those works. In 2018, I was invited to the University of Taiwan for an extended residency and was joined by flutist and Burkart representative, Ethan Lin. Because of my Mexican heritage (I’m half Mexican), I’ve always had a huge interest in Latin American and Spanish music. I’ve spent extended periods of time performing and traveling in Argentina and Chile in US State Department tours, and in conservatories in those countries. Recently I played a recital in Havana, Cuba as the culmination of my second residency at the Instituto Superior de Arte at the invitation of the great Cuban flutist, Niurka González-Núñez. I know this sounds like a lot, but when you spread it out over decades, it’s really not so much!

Which ensembles do you perform with, and what type of music?

I play all kinds of music – chamber music, especially in the chamber music festivals Bach Dancing and Dynamite Society, Brooklyn Chamber Music Society, Cactus Pear Chamber Music Festival, and Music in the Vineyards. I am the principal flutist of the Madison Symphony, which has been a wonderful experience for thirty years, and a very fine orchestra with players from Madison and around the country. I’ve learned to play other instruments a little, the quena from South America and the sikus, the pan pipes, with Latin American ensembles such as Sotavento. Most recently, I’ve been learning a lot of eastern European music with a fantastic virtuoso of the bayan, the Russian accordion.

How long have you been the Artistic Director of Bach Dancing and Dynamite Society, and what is your role as Director?

We began the festival in 1992, and I have always been half of a two-part team with my co-director, the pianist Jeffrey Sykes. After many years of producing the festival alone, we finally had enough money to hire an executive director, so now we’re a triumvirate! The three-week festival produces at least six different programs and we have a number of venues around the Madison area. I plan the programs with Jeff, hire the musicians, write columns and articles for our online and print publications, and help with fundraising all year long. It’s a marvelous festival that has given me great joy and a high-level professional experience for the many musicians who are involved. During the pandemic, we quickly pivoted and created an online virtual festival for 2020.

This summer, we are going to be producing live, pop-up concerts in Madison as well as recorded live concerts. Taking a cue from the New York Philharmonic, we’re creating the Bach Dancing and Dynamite Bandwagon. Using a truck, a sound system, lights, banners, a few traffic cones, stands and chairs and a brilliant charismatic MC, we’ll bring music and musicians to neighborhoods all over Madison, especially neighborhoods where we customarily don’t have patrons. We’re trying hard to address social and economic inequities through this effort, through more diverse programming and the hard lessons learned after the death of George Floyd last year. We all have a lot to learn, and there is so much work to be done.

This year, Bach Dancing and Dynamite has added an exciting new initiative, in which individual musicians are playing live concerts over Zoom for patients in isolation, in hospice, in memory care facilities, and in ICU wards. It’s so rewarding to return to live music, not only for the listeners, but also for musicians who have spent a lifetime in live performance.

Can you share with us a bit about Project: Music Heals Us (www.pmhu.org)  and your involvement?

This is the project I just mentioned. It was created by violinist Molly Carr and cellist Andrew Janss in New York, and they have been providing live music in this manner for more than a year. This fall, through their efforts, PMHU offered a grant for funding and partnerships with a number of nonprofits across the country. Bach Dancing and Dynamite Society was chosen as one of the recipients, and we committed to performing a minimum of two concerts each week for the entire year of 2021. It’s a perfect fit for us! We have always been dedicated to community service and already had strong, ongoing relationships with a hospice in Madison, with assisted living facilities, and with UW Hospital.  Our musicians have responded generously, and we are able through the grant to offer each musician an honorarium for their performance.

What is something you have learned this year (2020)?

I learned how to do a lot of technical things and became much more adept with my computer.  The flute is so difficult to record well, so I purchased a good microphone (a Blue Yeti), a video camera, and learned to use Ableton Live software for recording. I learned about a wonderful pianist, Jiung Yoon, whose YouTube channel, “the color is piano,” provides accompaniments to many, many standard flute pieces. When I combine his recorded piano videos with my own live performance, I’m able to send a “complete” flute and piano piece to listeners on the other end of the Zoom call. Another learning curve has been switching from printed music to the large-format iPad, using the software app “For Score” and a page-turning pedal. I learned how to make “composite performances” with others using a click-track, and prepared an entire streamed recital with my cellist son, Trace Johnson. I imagine so many of us can report being on the same learning curve!

Tell us about your editing work with International Music Publishing Company.

It all started when I made a recording of the two Brahms Sonatas for clarinet and the Brahms Sonata in A Major for clarinet. I made my own transcriptions, and when the recording was finished (available on Centaur), I submitted my work to International Music Publishing, and to my delight, they published it! That’s how I began what is now a long and fruitful relationship with International, where I have now published many new editions: the three Brahms Sonatas, Reineke Sonata, Karg-Elert Caprices (with every error corrected!), new transcriptions of Mozart Sonatas for violin (K.301, 302 and 305 so far), Doppler Duettino on American National Songs for flute, violin and piano, Cavallini Rêverie Russe for flute, clarinet and piano, and the Boehm Etudes op. 37.  Last year, I was really pleased that my new transcription of the Dvorak String Quartet No. 12, “American”op. 96, in which the flute mostly plays the first violin part, was published.  I’m currently working on a new edition of Ernesto Köhler Etudes, op. 89 and an anthology of Latin American and Spanish works for flute and piano. It’s fun and so rewarding to expand the flute repertoire in this way. Stephanie Jutt is the artistic director of the critically acclaimed three-week chamber music festival, the Bach Dancing and Dynamite Society: www.bachdancinganddynamite.org which will perform its twenty-ninth season in 2021 in Madison, Wisconsin.

Stephanie is Professor Emerita at the University of Wisconsin-Madison Mead-Whitter School of Music, where she was Professor of Flute for twenty-seven years. She has served two terms as a National Flute Association board member and is a former Program Chair for its national convention.

Stephanie Jutt is currently an active music editor for International Music Publishing, where she has created transcriptions of three Brahms clarinet and violin sonatas, Mozart violin sonatas, the Dvorak American Quartet, and scholarly editions of the Reineke Sonata and the Karg-Elert Caprices, among others.

Most recently, Stephanie Jutt is directing a program which features solo artists from the Bach Dancing and Dynamite Society in one-on-one concerts delivered virtually, live via Zoom and FaceTime, directly to hospital patients in isolation. The BDDS festival (www.bachdancing.org) is part of the Vital Sounds Initiative, with Project: Music Heals Us (www.pmhu.org).