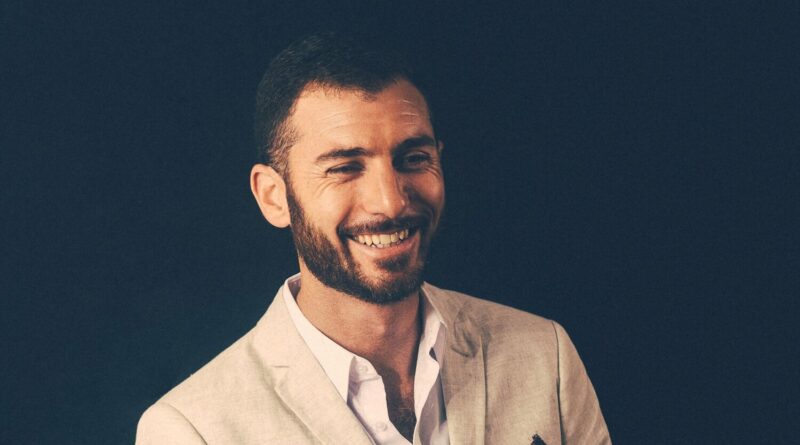 When did you start playing the flute and how did you choose the flute?

When I was nine years old I wanted to play the flute so my mother took me to the town conservatory where the local flute teacher took one look at me and said “his fingers are too short, come back next year”. So I had to wait till I was ten to start flute studies. I had been playing the recorder since age six and it seemed like a natural continuation to “graduate” to the flute. I was always charmed and fascinated with the sound of the flute, and it still catches my ear in a special way and moves me emotionally.

What is the most important thing you learned in your flute studies?

There are several important lessons that I have learned over the years, some are useful specifically for the flute and some more generally for all music. I’ll give you the top three

How did you get into jazz?

My first memories of playing improvised music are from playing the blues and jamming with my dad when I was about six years old. My father is a self-taught musician who never learned to read and write music and so he taught me to play by ear. Having that skill was helpful when at age thirteen I started studies in the Jazz department of the School for the Arts in Tel Aviv. It was there that I fell in love with the music of Art Blakey, Sonny Rollins, Charlie Parker, and all the other Jazz heroes (too many to mention). Coincidentally the director of the Jazz department was a great flutist by the name of Ilan Salem who encouraged me to continue to learn, listen and develop my ears, skill, technique, and expression. After that, I continued my studies at Thelma Yellin High School for the Arts, where I had the great fortune to study with Jazz at Lincoln Center’s saxophonist Walter Blanding who was spending a few years in Tel Aviv at the time. Apart from learning in classes, the best school was going to hear Walter perform in various local Jazz clubs. He would invite incredible artists from New York to perform in Israel and he’d let me sit in with the band. Those nights I spent sitting in with Jazz greats when I was 17 and 18 years old was life-changing and character-building -  ~I was thrown in the deep end and had to swim or sink! I’m very grateful for having these mentors who prepared me for life in the New York Jazz scene.

What has been your most notable performance moment in your career?

It’s really difficult to choose one performance as the most notable but I can choose one special moment that stayed with me. In 2017 I traveled to Cali, Colombia with Los Hacheros. This is a band that was formed in 2008 which plays a particular blend of Cuban music mixed with New York Salsa and a lot of freedom, improvisation, and soul. I am a founding member, I've been there from the start and took great pleasure in seeing the band grow, develop, and attain a devoted following. So obviously we were all excited to go and play in Colombia, the Salsa capital of the world, where people were collecting our records and ripping our youtube videos to sell as DVDs on street corners. When we got to the club (La Topa Tolondra) in Cali the atmosphere was ecstatic, the place was packed to the rafters with fans who were clearly delighted, big smiles all around, everyone mouthing the lyrics and taking in every note. Apart from the fun in feeling like rockstars, it was just super inspiring and energizing to play for an audience that was so receptive, supportive, and attentive - the epitome of a concert. Truly a magical evening.

How have you spent the last year during the pandemic? Have you been able to perform?

This pandemic year has been super challenging for me as it has for everyone. At first, when all the shows were canceled in March I was shocked and confused. I didn’t see how I’d be able to survive without live shows which are my bread and butter, my main source of income and also the center of my identity as an artist. After the panic subsided I realized this is an opportunity to do other things, explore other modes of expression and hone other skills. During the first months, I started composing and producing music from my modest little home studio which I kept upgrading and expanding. I learned a lot about audio production and remote recording and did a lot of collaborative projects while filming and recording myself. Later on as the weather got warm enough I ventured out of the house and took to the streets, playing in city parks and street corners and cheering up passersby. As the summer progressed and New Yorkers were warming up to the idea of outdoor dining I was able to hustle some outdoor gigs outside venues, cafes and bars with different bands including a brand new pandemic-era dance-oriented salsa project called Cuarteto Mamey and even with my main band TELAVANA. One of the best and also the weirdest moments of the summer was playing a Livestream concert with TELAVANA from my favorite venue - Smalls Jazz Club. It was an emotional reunion with the bandmates and it was a bittersweet and surreal experience to play in a shuttered and empty Jazz club with absolutely no one in the audience but a few cameras. Since there was limited demand for flutists I also picked up the Tres (a guitar-like Cuban instrument) and started busking and performing around town with a fun band called Cuarteto Guataca, playing montunos and singing backup vocals. So I’m one of the few lucky musicians who continued to perform through the pandemic (although I had to create many of these performing opportunities myself and “invent” my gigs).

How has living in NYC influenced your music career? Your life?

My life and music career would definitely not be the same without NYC. The city loomed large in my imagination long before I moved to it at the age of 22 and I was so inspired and excited by the first visits that I KNEW I would do everything to live there and to be a part of the scene. My opportunity came in 2002 in the form of a tour for peace and coexistence by young Jewish and Arab Israeli musicians led by the late great Arnie Lawrence. The last stop in the tour was a show at Smalls after which I told the band I wasn’t returning to Israel with them. Thus began an incredible journey that led me to discover so many wonderful musicians, scenes, places, musical styles, and vibes -  too many to describe fully here. NYC is endless and the more one digs, the more one finds. The city was instrumental in building my vocabulary and character, it’s here that I learned so much about the world of Latin music, playing with Puerto Rican, Cuban, Colombian, Venezuelan & Brazilian bands, learned to speak Spanish, hung out with Jazz giants like the late Harry Whitaker at Arturo’s Pizza in the village, &  the late Frank Wess in his apartment in Hell’s Kitchen, sat in countless late-night session at Smalls and Fat Cat, played a session at friend’s homes and went to check out free shows in the parks. It seems that all that is on hold right now, but I know that NYC will bounce back. It always does.

What are some of your career highlights?

My career highlights for me have to include the moments that I was in the presence of greatness - like when I sat in with one of my idols and definitely one the foremost artists in the world of Latin music- maestro Eddie Palmieri. At the encouragement of some of his musicians who knew me, he invited me to come up to the stage and join the band for one number, which of course I was familiar with because he’s one of my all-time favorites and I adore his music. Another highlight in this category is playing on a record date by the excellent trombonist and composer Rafi Malkiel with bassist Andy Gonzalez and percussionist Anthony Carillo - two musical giants and influential figures who shaped the way their respective instruments are played. Other moments include times when I came full circle like my performance at the Red Sea Jazz Festival (Israel’s biggest international Jazz Festival - held every year in Eilat , the southernmost tip of the country) with my band the Havana Special. This is a Cuban-music band I started in NYC and it was extremely gratifying to bring it to perform at this iconic festival which I’ve visited so many times while growing up - the very place where my love for music was formed. The last career highlight is a modest one, but meaningful for me - during the last pandemic summer I was lucky enough to have an outdoor residency with my band TELAVANA at an outdoor cafe in Manhattan. After being deprived for so long, playing live music for people in person never felt better and reminded me that this unmediated connection and sympathetic vibration is what music is really about.

Any advice for flutists wanting to learn jazz?

Go for it! Jazz is a wide world and there’s a place in it for everyone. The fact that the flute is not perceived to be as central as other horns, or doesn’t have a grand tradition like other instruments in Jazz should not stop you, quite to the contrary! You can find your own way of expressing yourself and create your unique voice. Having said that, I think that it is imperative to study the tradition, learn from the masters and get familiar with the language and vocabulary of the musical realm you wish to join. Transcribing tunes, learning and copying solos by ear, understanding the harmonic, melodic, and rhythmic structures on which the music is built, and exploring the roots by checking out old recordings are all important for anyone wishing to become a jazz musician, flutists included.

Itai Kriss, a Grammy-nominated recording artist praised by Jazzwax as “one of the most exciting new flutist-composers” on the scene, commands a variety of musical genres with an eclectic style infused with Jazz, Latin and Middle Eastern sounds.

According to Downbeat Magazine, there is a “tangy, exotic flavor” to the New York musician’s style, which can be heard on his debut album, The Shark (2010) as well as on his latest release, TELAVANA (2018). The Shark features Kriss’ “soaring technique and phrasing that is both aggressive and pastoral,” which displays the versatility of his command of the flute, shifting through genres from funk and reggae to salsa and Arabic stylings with fluid ease.

After spending the past 15 years working at the forefront of New York City’s Jazz scene while performing, recording and touring with some of the world’s top Afro-Cuban, Latin and Salsa artists, flute virtuoso Itai Kriss fuses the sounds of his native Israel with those of his adopted homelands in the Americas to create TELAVANA.From the desert shores of Israel to the tropical beaches of Cuba, TELAVANA bridges the musical spheres of the Middle East and the Caribbean by combining Timba, Soul, North African music, and Jazz to create a unique and lively mix of rhythms and textures.