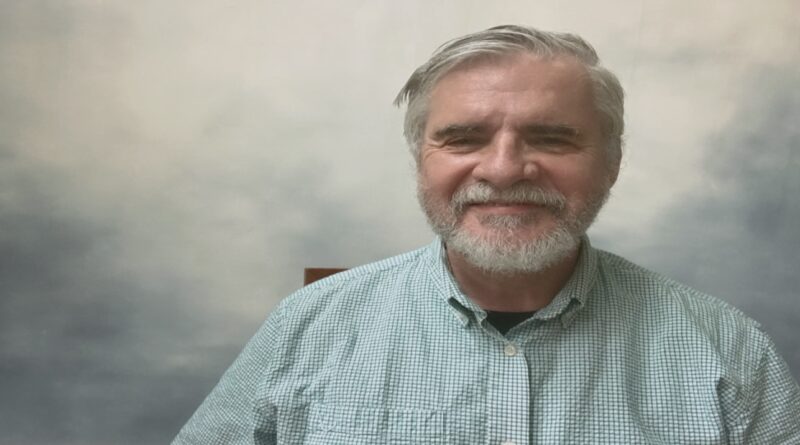 Flutist and conductor Ransom Wilson has performed with major orchestras in America and around the world, and plays chamber music with the greatest instrumentalists of our time. As a conductor he has worked with the London Symphony, Houston Symphony, Metropolitan Opera, New York City Opera, Lar Lubovitch Dance Company, and the Los Angeles Chamber Orchestra, Saint Paul Chamber Orchestra, Orchestra of St. Luke’s, and many others. He is Professor of Flute at the Yale School of Music, an artist of the Chamber Music Society of Lincoln Center, and Music Director of the Redlands Symphony in Southern California.

Can you give us 5 career highlights? Hearing Jean-Pierre Rampal live for the first time; The double concerto album with Rampal; Commissioning Vermont Counterpoint from Steve Reich; Founding the OK Mozart Festival; Assistant Conductor for 10 years at the Metropolitan Opera

How about 3 pivotal moments that were essential to creating the artist that you've become?  Hearing soprano Monserrat Caballé in concert; Studying privately with Rampal; Touring with Leonard Bernstein

When did you decide to leave the flute and turn to conducting?  What did you do?  Where did you study?  I’ve never been able to leave the flute: it’s part of my DNA!  Nothing else gives me the same visceral and musical satisfaction, so I continue to play.  But it must be admitted that our repertoire is quite limited, when speaking of A-list composers. We have mounds of excellent B-list composers, and for that I’m thankful.  Those gave me an appreciation for all kinds of expression, and makes me an adventurous programmer to this day.

After having toured extensively as a soloist, I found myself playing the same handful of pieces over and over: Bach, Mozart, Dutilleux, Martin, and Prokofiev. I was beginning to miss the profundity that only a truly great composer can bring.  So I had no choice but to look towards conducting, and at the same time I was becoming fascinated with the vibrant sound of massed strings.  I didn’t want to be one of those instrumental soloists who decide to pick up the baton one day, and without any technical training start conducting other musicians.  What they don’t ever seem to realize is that no one is watching them... without a solid technique, to watch would be dangerous!  Whole careers have been made on that plus a big personality,  but that wasn’t me.  I don’t like to do anything without knowing how to do it well, so I decided to start at the beginning.  I first had lessons with Roger Nierenberg, a wonderful conductor and visionary interpreter of music.  I studied with him for 6 months before I attempted my first rehearsal, which was terrifying!  As I developed in his lessons, I realized I needed a way to practice this incredibly difficult art.

With the help of friends and colleagues I founded Solisti New York, a chamber orchestra of talented young adults.  I already had a major New York manager for my solo career, so it was natural that they would want to work with my new group.  We toured the whole country and a bit of Europe, in addition to several concert series and some important appearances at Carnegie Hall and Lincoln Center.  All the while I was actively improving my technique as a conductor, and within a few years I went to a summer conducting course, where I was at least 10 years older than all of the other students.  There I met some wonderful colleagues and some great teachers.  One of them was Otto-Werner Mueller, the celebrated teacher who was at Yale at the time (he went on to teach later at Juilliard and Curtis).

Mueller was a legendarily tough teacher, but he took an interest in me and I became his private student.  His was a very European “take no prisoners” approach that intimidated most people, me included.  He challenged me so utterly that at times I thought I was unworthy of continuing, and more than once considered giving it up.  But overcoming those challenges taught me that I was capable of learning anything, as long as I fully committed myself to it (I believe that this is possible for anyone, no matter what their particular level or problems may be at the time).

A few years later Leonard Bernstein invited me to tour with him and the Israel Philharmonic, to play his Halil, which he had written for Rampal.  We went all over the world in two separate tours, and since Halil was always first in the concert, Lenny would let me sit in the orchestra for the rest of the program just to watch him in action.  I was seated back next to the trombones and dressed like everyone else, so I doubt if anyone in the audience even noticed me there.  He was a particularly physical conductor, and it was thrilling and deeply educational to be there.  He also gave me a few life-changing private lessons.  I remember one in particular that happened during a flight from Madrid to Mexico City.  The music was Aaron Copland’s gorgeous Quiet City, which Lenny thought he had given the premiere of.  He showed me his approach to it, and that moment changed the way I viewed music from then on. He was a complex but brilliant man.

How is it that you ended up with The Redlands Symphony? I had been the music director of a couple of full size orchestras over the years, and applied to many more for a job.  It is extremely hard to win these jobs, because there is only one conductor per orchestra.  You have to mount almost a political campaign just to make it to the finals!  It makes sense, because the music director is responsible for so much more than just the rehearsals and performances.  She becomes the public face of the organization, the main advocate for classical music to an entire community. So naturally boards of directors are extremely careful when choosing that person.  It seems rare that they fall on someone who is both a good conductor and a good music director, but when it happens it’s a recipe for success.  In the case of the Redlands Symphony, the principal flutist is one of my luminary Yale graduates, Sara Andon.  She let me know that they were looking for a new music director, so I started the long process of applying for the job.  Amazingly, I won the position, and I’m starting my fifth season there this year.  I had a hard act to follow, because my predecessor had been there for 33 years, and was beloved and admired by the whole community. I’ve managed to change the programming to reflect my many musical interests, and attendance is up by an amazing 30%.  The board of directors are wonderful and dedicated, and thanks to some bold thinking on their part the orchestra made it through the pandemic with strength, and we’re poised for a great reopening season in October.

CD releases?  Much of what I do as a flutist is centered around recording.  I have an ongoing series with Nimbus Records in the UK, and we just released our fifth CD together, In the Age of Debussy.  I am playing with my incredible French pianist partner, François Dumont.  He’s a multiple international prize winner as a soloist, and every time I hear him play, I hear truth.  We feel so much the same about music that we don’t need to rehearse much… we can just be spontaneous in the moment.  It’s very exciting and fulfilling to me as an artist.  Also, I am great friends with the Ulysses Quartet.  They’re on a two-year professional string quartet residency at Juilliard at the moment, and they have an electrifying group sound (they’re also all great cooks!) We recorded the Mozart quartets together last year, and I imagine the CD will be released in a year or so. Their approach to everything feels so vital, they definitely made me play above my level.

What does your schedule look like for the next 6 months?  Well, the big news is that my husband and I are moving to Palm Springs, California!  I’ll keep my Yale teaching job with a bi-weekly commute, and in Palm Springs I’ll be close to Redlands. Right now we’re completely stressed about sorting, packing, and transporting 35 years of accumulated stuff to a town 2700 miles away. Somehow, I’ll also be teaching at the Orford Academy in Québec in mid June, but that’s still virtual.  I have two recording projects in August: one is Bach sonatas with my gorgeous and spectacular colleague Anne-Marie McDermott.  We’re going to be edgy and against the grain by playing the Bach on modern flute and piano!  Anne-Marie is justly celebrated for her Bach, and we love playing together, so we thought, why not? I’m sure we’ll offend some critics, but we are doing this because we really believe in it. The other project is a CD of Kuhlau, with András Adorján, Łukasz Długosz, Gaspar Hoyos, and myself.  It’s going to be historic in a way, because Łukasz and Gaspar studied with both András and me. And I seriously need to practice!

What are your goals personally? To be a good husband, a good colleague, a caring teacher, and a kind and generous man. Professionally?  World domination.

What inspires you the most in life?  Being able to help other people.  Otherwise, what is life for?

What has been your greatest challenge?  Overcoming self-doubt.  We all have an evil voice in our head that assures us that we are not worthy, and that we will fail.  Silencing and channeling that voice for positive things is the hardest challenge of all.

Can you give us 5 quirky, secret, fun, (don't think too much about this) hobbies or passions?  I love gardening, and one of the things I will miss most in California is my lush and colorful garden.  But cacti are nice… right?  I love languages, and I’m fascinated with how they are constructed.  I also love accents, and watching Downton Abbey made me want to learn some of the many accents in the UK.  I’ve got a pretty good RP (BBC) English accent already, and I’m working on the Yorkshire accent now.  Eventually I’ll add the contemporary London accent, Liverpool, and Wales.  I have a good friend who is from Glasgow, so maybe I’ll add Scottish as well.  It serves no practical purpose, but it’s really fun and really challenging.   I love to cook, which I find a very creative passion that is thankfully not musical.  I got really good at it during the pandemic.  I cook everything from French and Italian to Korean, Sichuan, Taiwanese, African, Indian, Latina, and Indonesian.  Oh, and of course I cook things from my own Alabama culture.  My fried chicken, collard greens, cheese grits, and cornbread are second to none!

What 3 things would you offer as advice for a young flutist?  1. Practice a lot now while you’re young.  Later when you get a family, a car, a mortgage, and a job, you’ll have extremely limited time for practice, but you’ll be able to draw interest on that early capital you established.  2. Listen to current flutists very little.  Listen instead to the great masters from the 20th Century.  Their playing is more honest and essential, and will inspire you to create your own unique approach.  You don’t want to be a copy of someone.  You want to be your own artist.  3. For even more inspiration, listen to great singers, violinists, pianists, and legendary performers on all instruments.  Along the way, you will hear unfamiliar Bach, Beethoven, Brahms, Schubert, Schumann, Wagner, Dvořák, Tchaikovsky, Strauss, Mahler, Debussy, Ravel, Stravinsky et al.  That incredible music will allow you brief glimpses of the infinite.  What better way to enrich your life and your artistry?