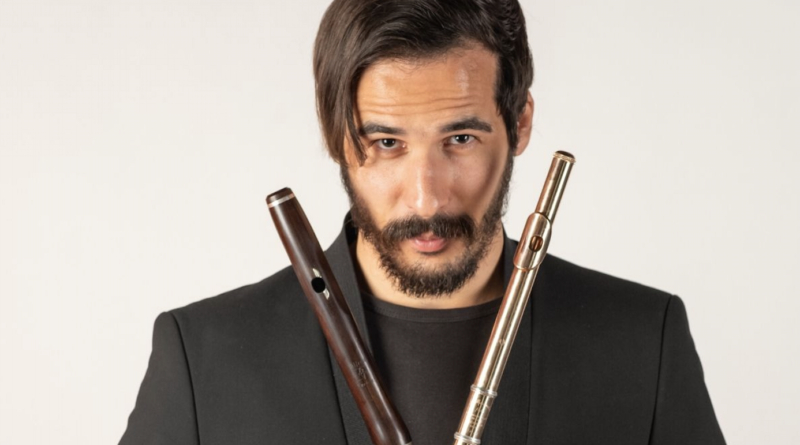 Portuguese flutist, Francisco Barbosa, is the Principal Flutist of the BD Chamber Orchestra and guest Principal Flutist at Orchestra XXI in Portugal. In his Carnegie Hall debut, Francisco will perform works for flute and strings, including the famous Mozart Flute Quartets in C and D Major, an arrangement of Dvořák’s “American Quartet,” as well as the World Premiere for solo flute by Spanish composer Pablo Díaz.

From the artist, Francisco Barbosa:

Choosing the repertoire for such a special concert is never easy. But actually, the date helped a lot on that. I chose two W. A. Mozart flute quartets, since the concert is on Mozart’s birthday. I also recorded all Mozart flute quartets in 2018 and felt a special connection with this beautiful repertoire. Dvorak came to my mind because of, not only the contrast with Mozart, but the American colors of his string quartet. We want to celebrate Mozart’s birthday with the audience, but also to share the beautiful American sounds in US, what makes it so lovely.

My first thought about my debut was to play a recital with piano, as often is done. But, such a special moment should be shared with friends. I met André, Francisco and Gonçalo long time ago. We all play very often at Orchestra XXI, a Portuguese orchestra project that gives the opportunity for musicians that live and work abroad, to play in a Portugal sometimes. They are the most outstanding Portuguese young string players right now. But more than that, we are all friends since long time ago and we know each others very well. I think this friendship made our connection on stage very easy and natural. I feel really lucky that they accepted this challenge and they are putting all their souls on this beautiful repertoire. Also, I’m learning a lot with them in every rehearsal.

This concert has a special meaning for all of us. In my case, it is very emotional. First of all, I think any kid that stars learning an instrument, has the dream of playing in Carnegie Hall. I always wanted that and I worked  very hard for that. But, actually there is even a bigger reason that makes this concert unique. My parents always supported my career without even blinking. I promised my mom that I would work to achieve this dream as hard as I could, and I would take her with me to the concert. Unfortunately, due to a disease, we lost my mom in 2017 and I could not keep my promise. I can now, and I know she is there always in the first row. I hope I can make her proud.