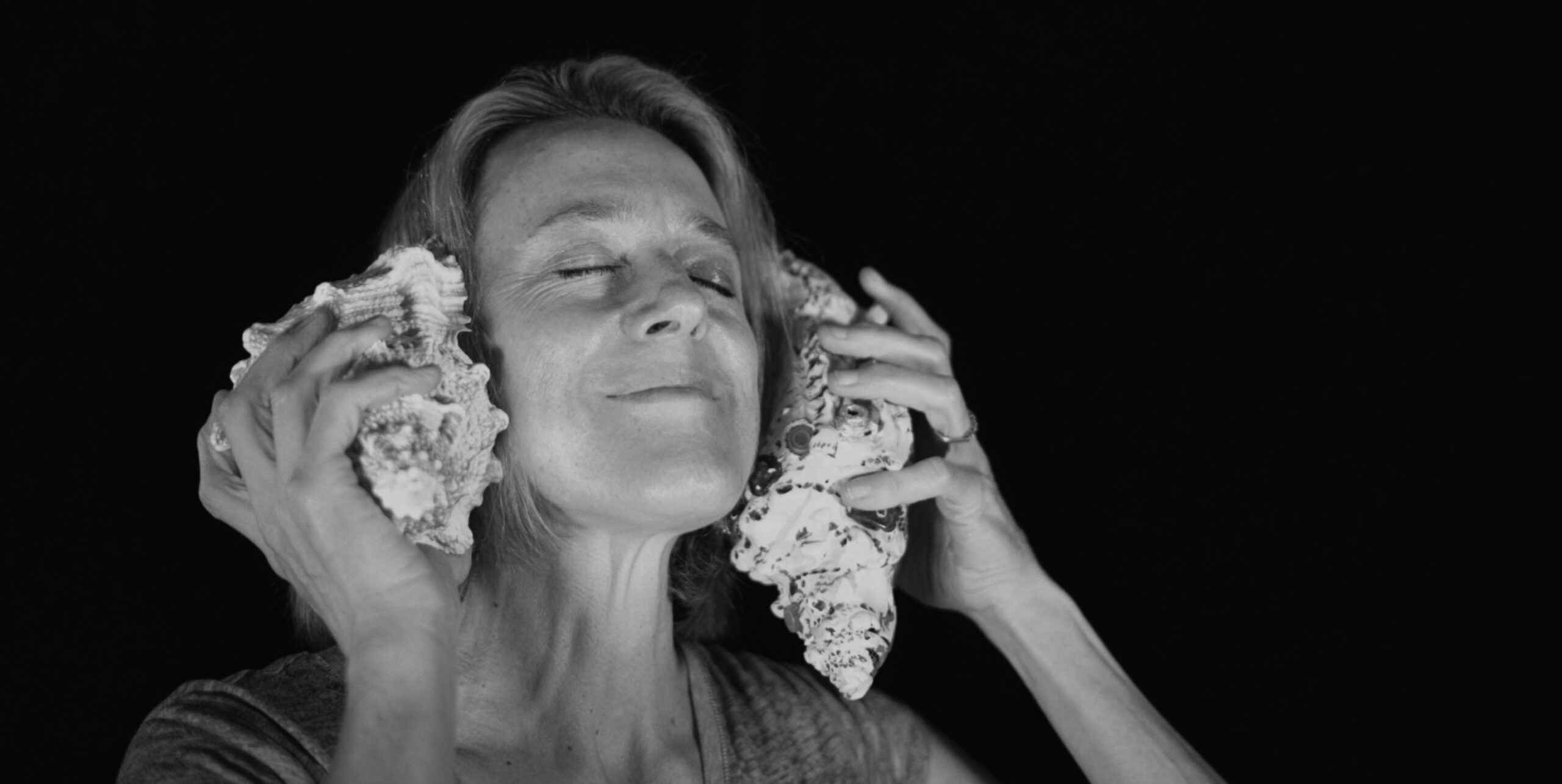 CD Reviews Featured Issues May 2022
May 1, 2022May 1, 2022 The Flute View 0 Comments Aralee Dorough
VOYAGE OF BLACWYD
Accounts of bio-electronic seashells appear in many of the old stories from the time of the Black Oaks and the great Battles of Sea and Sky. The most famous of these tales is that of the hero, Blacwyd. By learning to harness the energy of the shells she was able to rescue the world from a great peril.
Due to the recent discovery of one of these ancient seashells and the development of specialized equipment that can amplify the trace sounds which remain inside, it is now possible to experience Blacwyd’s journey in vivid detail.  By making this series of recordings available it is our hope that listeners everywhere will be able to add their own insights to the growing body of knowledge surrounding the Blacwyd legend.
Put the shell to your ear and you will begin to hear the call of the waves.
Official album release is May 6

1 Call of the Waves / AdriftEver since finding an unusual seashell from which mysterious sounds emanate, Blacwyd has been making preparations for a voyage.  At last, conditions are favorable to begin. Blacwyd sets out, leaving the clamor of shore behind her as she travels swiftly away.

Blacwyd’s steady course begins to falter as the night sky undergoes an unsettling shift in appearance. Something has changed.

Blacwyd realizes a strange force has pushed her into an unknown realm. With no way to turn back, she risks exploring a cavern of twisting labyrinths.  At its center she learns an ominous truth and receives insights and powers that will help her on her journey.

Blacwyd emerges from the cave into a strange new world. In this unlikely place she will find a teacher to guide her on her quest and a welcoming place to practice fledgling skills.

As night falls, the hypnotic sounds of the marsh transport Blacwyd into a vision-filled sleep.

A solemn ceremony and song of thankfulness bid farewell to Blacwyd as she prepares to depart.

Nurtured by her long sojourn among the Wetland, and now keenly aware of the importance of her mission, Blacwyd begins a long trek. Along the way she encounters both splendor and danger, friendship and treachery.

After harrowing escapes and tragic missteps, time is running out and Blacwyd must strengthen her resolve. Blacwyd makes amends and pledges her love.  As she reflects on all that is at stake, her strength reaches its full power.

6  Battle to Save the Sky

The crisis has reached an apotheosis and requires all Blacwyd’s courage. She floats across a scene of devastation. She will rescue as much and as many as she can. Victorious but depleted, she drifts away.

Blacwyd finds herself in a tranquil refuge, a place of pure tranquility,  a place beyond regret.

As her grief evaporates, she undergoes a physical transformation.

It’s a double album - two compact discs or high quality digital download, available only on Bandcamp.com
All physical cd orders will come signed and include shipping “anywhere in the world”. It comes in what they call a digital-pack, which is a nice looking type of packaging - and nicer than the old style "jewel-case” - with two trays for disc 1 and 2. There are 9 tracks plus 2 “bonus tracks”. Currently 7 of the 9 tracks are listenable (FREE) on Bandcamp. Each week a new one goes “live”.
In addition to the music, I have created a story-line which connects the 9 parts.
This story is based on the arc of the Joseph Campbell’s “A Hero’s Journey”  There is a 1 minute trailer on my YouTube channel as well as the Bandcamp page —which I think pretty fun! — it visually depicts another aspect of this fictional “story”:   a seashell with acoustic (electronic?) properties — as though the seashell is an amplifier or a recording device — the music we are listening to comes from another time and place, and is stored inside the seashell—perhaps the seashell is a type of transport to another time.
—All this fictional text is on the bandcamp website, but very easy to miss - one has to scroll down.
On the CD package the story that goes with each track is nicely displayed and easy to read across two panels when you are holding it.
—I also did some photography for each track - this was fun — these photos are not on the CD package, but they are on bandcamp if you click on a specific track.
I play the flute on every track, and most of the other sounds were generated by the flute - these were improvisations done on a single day, with me in Houston, and Markus Reuter in Berlin.
I began each track by playing single notes and about a minute later I would begin to hear sounds that Markus created using these notes.
We created 4 hours of music this way and for the next phase we met many times via Zoom and a high quality audio feed called Audio Movers - to listen and edit the recordings. (audiomover is also what we used for the recording sessions for an almost latency-free connection.
Some additional sound samples were generated to add orchestrational elements. I also composed a few parts for my husband Colin to play on English horn and recorded them.
The whole process was fascinating for me, and gave me an opportunity to work with someone with extreme mastery and expertise of this medium.  Markus is an electric guitarist of extreme prominence, and also an experienced producer and composer, and his technique of live-looping — where he creates soundscapes in real time, playing the looping process like an instrument — is one of his specialties.
I couldn’t have done this without him, it was a wonderful experience. He in fact came up with the idea, in part, as a learning experience for me in my desire to create my own compositions.
In some ways - although this project is basically a solo album of my flute playing  I don’t think of it as a flute recording as much as I think of it as a music composition -
It’s the first recording where I haven’t wanted/needed /to have a picture of a flute,  or me holding a flute associated with it. —perhaps because the audience who would naturally find the recording - Markus’s fan base- probably don’t have particular interest in the flute, they’ll be interested regardless because of his involvement -Also I don’t want them to  think the music will be a certain way because it is a flute recording.
On the other hand - I DO want to introduce flutists to this interesting project.
Us “classical” flutists tend to be VERY open to new music already - , extended techniques, and mixed genres, so it might be very easy to find an audience here.
But I’m know as an orchestral player if I’m known at all, and people interested in orchestral playing might wonder, why is this relevant? - I think it is...
I feel like my playing on this - although I do use some extended techniques, I’m improvising, and some of the music is harmonically simple - DOES represent my orchestral playing 100%.  As the creator of the sound-world that became these pieces, I was drawing upon the repertoire of tone colors and skills that I’ve developed in the orchestra, and my favorite music from the orchestra - there’s a tiny bit of Mahler 1, Petrouchka and more! Most of all, these pieces gave me a chance ot play expressively.  I think they are more “me” than anything else I have done, and should make sense to anyone who has enjoyed my “regular” playing.
CD Preview:
https://www.youtube.com/watch?v=E1Q7P1GgCBQ