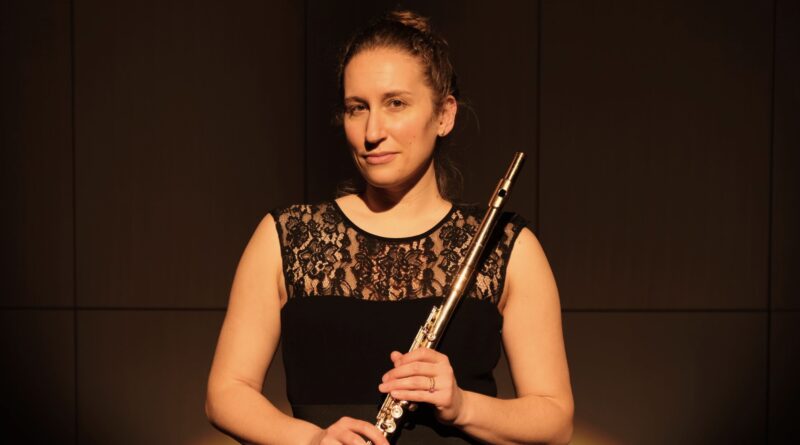 Emlyn Johnson is the co-director and flutist of Music in the American Wild, an initiative that celebrates American people, places, and stories through the commission and performance of new music. Since 2016 she has commissioned 30 new thematic works for the American Wild Ensemble and premiered them at national parks, historic sites, and other unconventional venues across the country in collaboration with an ever-evolving roster of wonderful community partners. Recent projects have found American Wild Ensemble performing in a sunny Hawaiian lava field, 30 stories underground in Kentucky caves, and everywhere in between. Emlyn’s work with American Wild Ensemble has been recognized with grants from the National Endowment for the Arts, Chamber Music America, Mid-America Arts Alliance, The Aaron Copland Fund, New Music USA, and the Missouri Humanities Council, among others. The ensemble’s first album, Music in the American Wild, which combines original music with vivid video footage from seven national parks, was released in fall 2018 on the ArtistShare label. In addition to her work with American Wild Ensemble, Emlyn is the newly appointed Executive Director of Pro Musica, a role she assumed in April 2021. Pro Musica, based in Joplin, Missouri, has provided outstanding classical music concerts and education events in Joplin and the surrounding four-state region of Missouri, Kansas, Arkansas, and Oklahoma for over four decades.

American Wild Ensemble celebrates the people, places, and stories that shape American history and culture through the commission and performance of thematic new music. Since 2016 the ensemble has commissioned over 30 new works for 2-7 musicians, with the support of organizations including the National Endowment for the Arts, Chamber Music America, and Mid-America Arts Alliance, for performances in nontraditional venues across the country, with a focus on national parks, historic sites, and community gathering spaces. The ensemble focuses on collaborations with community partners to offer meaningful performance experiences that connect listeners to the spaces around them.

Emlyn's American Wild Ensemble will released her second album, Duos + Trios, on the New Focus Recordings label July 22. The album includes two works for flute and cello and two works for flute, clarinet, and cello. While many of our American Wild Ensemble projects focus on music commissioned for our full septet, this particular project collects some of our more intimate commissions from the past few years. All of the works on the album have some connection to the natural world, and we worked closely with each of the composers throughout the commission process to create unique sonic combinations among the instruments. Our primary goal for this album is to get other small chamber ensembles interested in performing these colorful new works, and we are very excited to share them.
Duos and Trios collects several works for flute, clarinet, and cello commissioned by American Wild Ensemble between 2018-2021. These innovative and colorful works by Aaron Travers, David Clay Mettens, David Liptak, and Margaret Brouwer are inspired by nature, reflecting on the experience of moving through specific outdoor spaces and engaging with elements of the natural world. Flutist Emlyn Johnson and cellist Daniel Ketter, founders of American Wild Ensemble, are joined on this album by original ensemble member, clarinetist Ellen Breakfield-Glick.

1. Why did you record this CD?

The primary goal of this album is sharing these wonderful new compositions with a wider audience and encouraging other ensembles to adopt them into their own performance repertoire. American Wild Ensemble is committed to commissioning and sharing new music, and we assembled some of our favorite recent commissions for small chamber ensembles into a collection that we hope listeners will find compelling. Each of the composers here has a unique take on the flute, clarinet, and cello instrumentation, often blending the individual voices together in innovative and unexpected ways.

2. Where did you get your Inspiration?

Like many American Wild Ensemble projects, these pieces all started with inspiration from nature and sense of place. Aaron Travers' duo celebrates one of his favorite places to watch birds near his Indiana home, Stillwater Marsh. Margaret Brouwer's trio imagines the inner lives of the animals in the Great Lakes region where she grew up. David Clay Mettens' duo reflects on our time spent creating the piece together at Avaloch Farm Music Institute. And David Liptak's trio is inspired by the dark hollows and twinkling stars of his Pennsylvania childhood. We worked closely with each composer to explore different topics, thematic elements, and extended techniques that would help to create unexpected textures and timbres among the unique instrumental voices.

3. Facts about the project?

American Wild Ensemble's second album, Duos and Trios, was released on New Focus Recordings in July 2022. The album features flutist Emlyn Johnson, clarinetist Ellen Breakfield-Glick, and cellist Daniel Ketter, a subset of the larger ensemble septet of winds, strings, and percussion. The album was recorded at Western Michigan University and Stagg Sound Services, with recording, editing, and mixing by Dave Schall and D. James Tagg, with additional mixing and mastering by D. James Tagg. The commission of David Liptak's Two Nocturnes was supported by a 2017 New Music USA project grant. The recording of Two Nocturnes and Margaret Brouwer's Fear, Hiding, Play was supported by the Office of Research and Innovation at Western Michigan University.