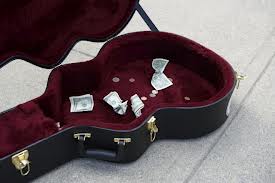 This week there has been much discussion in the media about whether artists should work for free.  Here are two, one pro and one con, of several articles out there.  The Flute View joins the fray and would love to hear your thoughts on the subject too.

We all know that many musical groups are struggling in today’s economic climate.  Series are being cut and orchestras are struggling to stay afloat.   In the last few weeks in NYC we have lost the NY City Opera to bankruptcy and rumors are afloat about the upcoming demise of the Brooklyn Philharmonic.  The supposed capital city of the arts can’t sustain two opera companies, and the great borough of Brooklyn (which now has higher rents than Manhattan) can’t sustain a symphony orchestra with a short season??  These are a few examples that point us to the discussion I’d like to have with all of you.

Is there a musician working today who hasn’t at one time or another been asked to perform for free?   We are often asked and told it will be great for “exposure,” or to “help out” a project, or because the place never pays its artists, even if they are making money.    I think we all want to keep performing and welcoming audiences to wonderful music and so we agree, when we can, to perform for no fee.   In our capitalist society we subject music to the laws of demand- high demand, higher prices, low demand- lower prices.  But does our willingness to give away our art drive the prices down?  And does giving it away create lower demand because people often think something is better if it is expensive?

Or is it something else entirely- are we willing to give it away because we somehow feel that music should be free- that music is a gift for all and shouldn’t have a price tag?  Does it change when you add a monetary value to it?  Are we embarrassed to ask for money since we are doing something that is considered fun?  Something we want to do?  I would argue that there are many things that humanity needs that should be free-medical care, food, an education, somewhere to live, but we don’t think it’s OK not to pay doctors and nurses, farmers, teachers, builders, carpenters etc.. Why is that?

On the other hand today the internet is giving so many more of us the chance to be heard.  We can bypass the usual gatekeepers, and create the kind of career that we want for ourselves.  The playing field is flat and that is advantageous to many a Flute Viewer, including myself.  We can join with entrepreneurs in many different fields to reach many more potential audience members who can reward us financially.  So maybe the argument isn’t a pay/no pay discussion, but maybe we are in the midst of a paradigm shift away from the usual institutions that pay artists (like symphony orchestras) and into something new that is only beginning to be defined.

I don’t know the answers and I think there are many answers to the question, but I do believe that we musicians and artists in general need to talk about what is happening and figure out how to have a voice in the changing marketplace.   I would love to hear what you think, and if you have solutions that you would like to share with the community.  Tell us if you have played for free and why, and tell us how you have resolved this for yourself.

5 thoughts on “Should Musicians Work for Free? By Barbara Siesel”