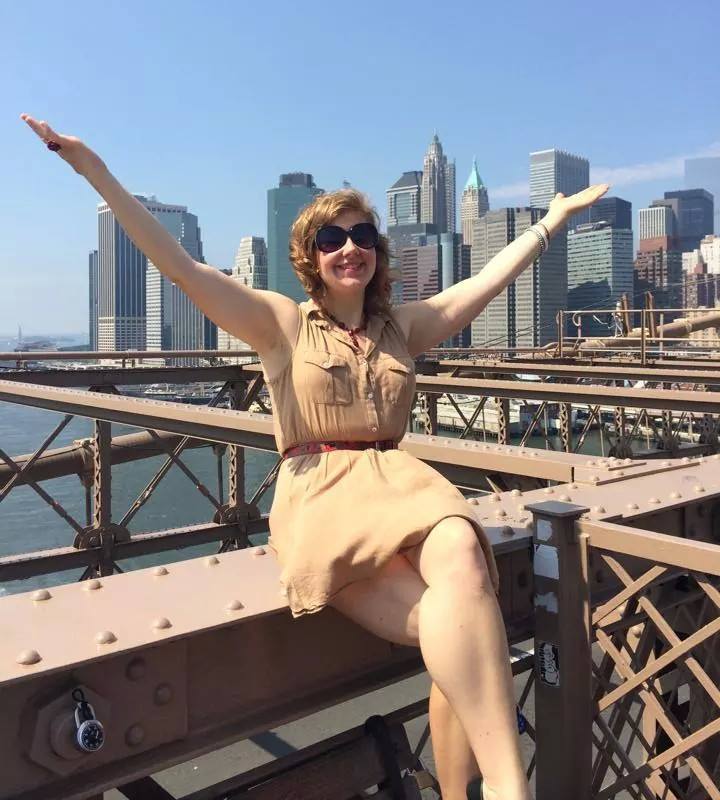 My own month of March was more adventurous than anything Brutus could have planned for Caesar. I was patiently waiting for springtime weather, but winter wasn’t going to end without a fight. Every morning I would stand in front of my bedroom picture window, and stare into the metropolis. Sometimes I saw flurries dance through the atmosphere. Other times, rain would shuffle its way down from the other side of the glass. Most commonly, the air would be still. On those mornings, I would extend my fingers through the 8 inch-wide space in my window, to see how many layers I’ll be wearing later. You never know how the air will feel on “still life” mornings. When it is cold out, I’ll retract my hand back into my bedroom, as if I had touched a hot stove. It was a rare occasion to find mild air, where my arm could linger and float, as if my hand were a reincarnated snowflake from January. I yearned for the afternoons of September, spent outside at the park, and eating lunch whilst listening to street performers.

Like every month I’ve had in New York, I’ve met new faces and experienced new places. I was finally learning how to not become so heartbroken when facets of my life didn’t work the way I wanted them to. Life in New York is always moving in seemingly random directions. You meet unexpected people in unexpected manners, and before you know it, they’re gone. Sometimes it’s a physical removal, but more commonly, it’s an emotional removal. As someone who grew up in a very stable Midwest environment, New York has taken some time for me to adjust to. I have discovered there are few people you can rely on in this city. When everyone around you is trying to climb forward in their own aspirations, people can leave your life before you’re ready for it. They might be kind and cordial to you at the bar, but unless that person seems to need your friendship, you may not see them again for weeks or months at a time. I’m hardly a doom-and-gloom type of person, but I’ve used this observation to discover my own inner strengths. Instead relying on others to find my inner strength, I’ve learned to believe in myself on a more regular basis.

Fortunately, the music and flute community is still ripe with lasting connections. I had a blast at the New York Flute Fair. Who knew that so many amazing flutists and people could be in one place? I had been waiting for the Fair since it was announced last fall, and it fulfilled all of my wildest flute-nerd dreams. Particularly awesome was the recital given by Claire Chase. I had discovered her a few years ago, after the release of her album Density 21.5. Getting the chance to finally meet her and talk to her was amazing, and she even let me snap a selfie! Other highlights included seeing and talking with Flutronix, and meeting my future flutemaker, Lev Levit. I helped work an area called “Discovery Zone,” where I demonstrated extended techniques to kids! As I curled up into bed that night, my mind was at ease with the assurance of knowing that so many contemporary-minded flutists are aspiring to move music forward.

The month of March wouldn’t be complete without a mishap and a learning experience. I was offered a paid gig for the Korean Church of Queens. For the gig, I would meet the busdriver in Harlem in front of the McDonald’s on 125th Street, at 9:50 on Sunday morning. Sounds easy enough, right? They were going to feed me lunch, too! Above all, I would get to make music for money. And so, at 8:30 that morning, I boarded the 1 Train, with enough time to spare for breakfast. I stopped at a Starbucks on 125th street, eyeing the McDonalds I would wait at for my departure. At 9:40, I began walking, and waited perkily for the white van with the Church’s name written in boldface on the side. I was feeling confident, and happy to have made it to the gig without train delays or other frustrations. At 10:05, I texted the friend I was subbing for, saying that I hadn’t seen a van arrive, yet. At 10:15, my palms became sweaty, and I started to panic. Moments later, the van passed me. I waved it down, chased it, and hoped to catch it at a red light. Alas, there was no red light, and I watched the automobile disappear into the morning. There was the possibility to take a cab, but that wouldn’t have guaranteed to be on time for the performance, taking place rather far away from my location. I stood by the curb in my concert black dress clothes, stunned, and very upset.

By 10:35, there was nothing left to do other than go home. Even though I took the 1 Train, I saw that I was close to the A Train’s 125th Street stop, and walked eastward. To my chagrin, there was a second McDonald’s on 125th Street. Only in Manhattan could there be two of the same restaurant within a 5 minute walk of each other. It was my fault that I didn’t ask for a specific address, but my friend should have also given my contact information to the bus driver, in case of a mishap.   Sliding my Metrocard at the turnstile, I took a deep breath, and boarded a train. It was a beautiful out, and I should have been happy to be out in the sunshine. Instead of sulking in the train, sulking in Central Park seemed like a better idea. I got off at 72nd Street, and strolled through the rock formations and green spaces, before settling on a bench by the John Lennon Memorial. I was almost done feeling sorry for myself, but still embarrassed that this situation happened to me. The ballet flats on my feet had worn through the soles that morning, and my right foot was freezing cold with water. I could do something about the shoe, but I couldn’t do something about missing the gig. At that moment, my grandmother made her weekly call. I told her about my upsetting morning. Without missing a beat, she replied, “things like this happen, even to the best of us.” The words resonated with me, and before I knew it, I was off of the park bench, and en route to a new pair of shoes.

In February, I had been dating a man we will call “Johnny.” He had lost my trust after sending a text meant for another girl. I still saw him on Thursdays at Comedy Night. Comedy night took place on Thursdays at a bar in the East Village, where Johnny worked as a DJ. Lots of trendy 20-something types hang out there, and I always meet cute guys. Johnny tended to me more standoffish with me these days, and I didn’t mind. In March, I met a new guy, but not at Comedy Night. One of my friends threw an apartment-warming party in her new place. That is where I met the man I’ll call “Brian.” Brian is a former Registered Nurse, who now does web design. The two of us spent March texting constantly, and hanging out every few days. We were both busy, but enjoyed breaking from our work. I was confident things were going well. He seemed steady enough for a long-term relationship.

On a date during my spring break, Brian and I went out for ramen at a very popular restaurant called Ippudo. Afterwards, we went to Comedy Night, since it was Thursday night. On the walk to the Comedy Night, we ended up talking about previous relationships. Then, Brian laid the big statement on me: “I’m not interested in dating right now.” He said it with a slight arrogance. Brian acted like he would be the final determinant in us dating or not, and I didn’t like this idea, one bit. Like any girl trying not to come across as too emotional, I shrugged off his conversation with “Oh,” and changing the subject. I thought for sure he was pursuing me beyond shallow intent. We spent the rest of the walk to Comedy Night making small talk, mostly because I was on the verge of saying things that would get me in trouble.

I hadn’t talked to Johnny in over a week, but I was pretty sure he would be the DJ for tonight. The thought of Johnny and Brian meeting made me chuckle in a sinister way. Back in preschool, I used to put gobs of Elmer’s glue on top of ants on the sidewalk, and this was one of those moments. Johnny and Brian were my adult-sized ants. Moments after entering the bar, I found myself nonchalantly introducing the two men. They gave each other a mumbling of “how’s it goin’?” and a handshake, before moving their separate ways.

The lounge were the stand up comedians perform is filled with couches converted from other things.   There is a bathtub, cut in half, and covered in cushions to sit on. In the front row is two coffins hollowed-out and opened. Yes, coffins. The comedians tend to tease people sitting in the coffins, because anyone in the front row is easily able to be teased by the comedians. I told Brian this, and he insisted we sit in one of the coffins. Then, being more predictable than rush hour on the Lincoln Tunnel, one of the comedians drilled us on our dating life. “How long have you two been dating?” Brian immediately replied “Two weeks.” I sat there, stunned that he contradicted himself, and didn’t say anything. The comedian automatically teased us for have contradictory answers. I didn’t know Brian’s personality that well, but I knew at that moment Brian was either conflicted about dating me, or afraid to make a scene in front of the comedian. What did he want from me? Why should I be willing to wait, and let him make up his mind?

I know that if things don’t work out between Brian and I, life will still go on. I’ll find some other guy to date, because I know I am worthy of being dated. Whether I like it or not, April will be here soon, bringing new challenges.