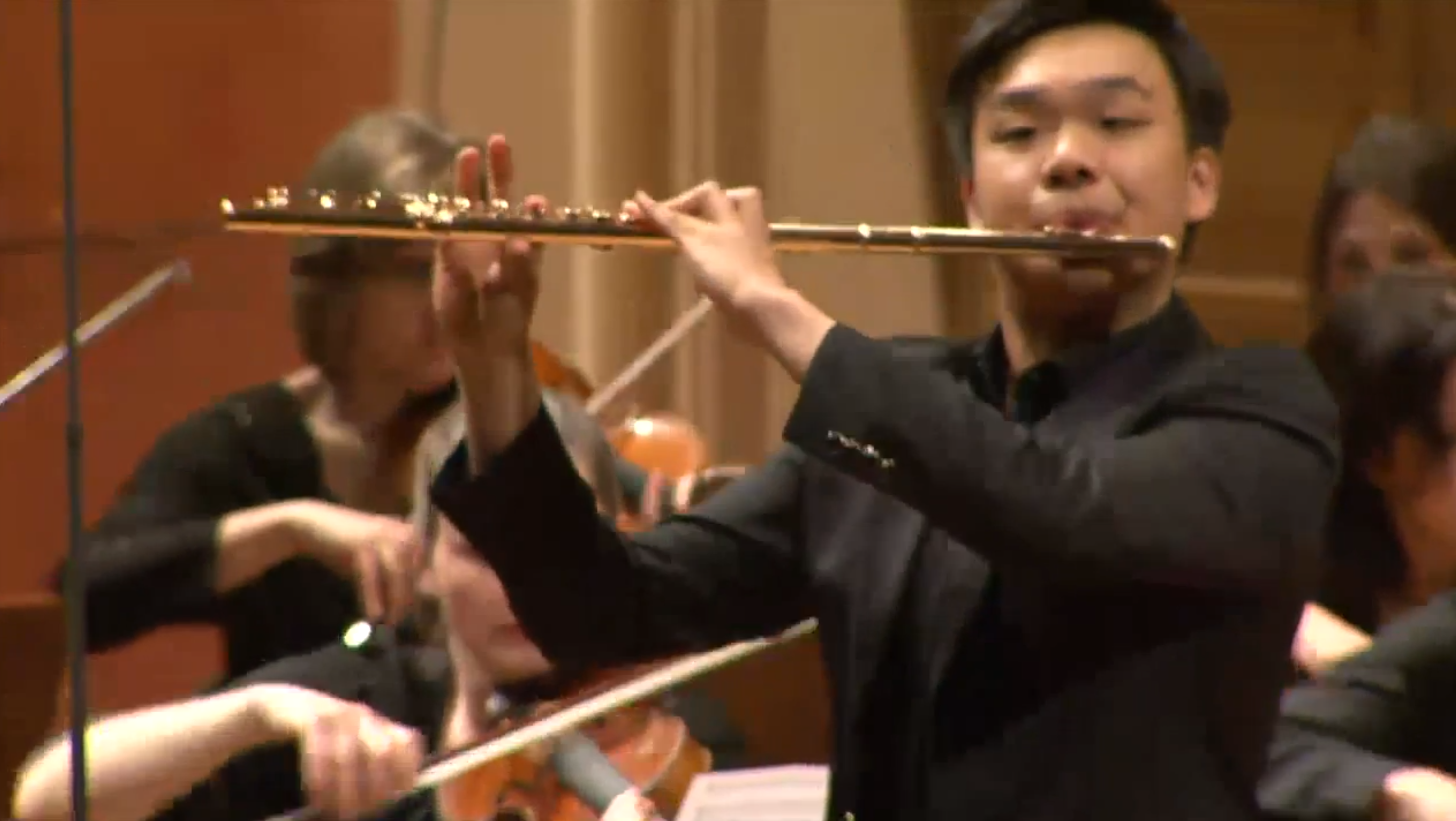 The Second Prize was a tie awarded Korean born, Sunghyun Cho who is currently a member of the Berlin Philharmonic Orchestra.  He graduated from Oberlin where he studied with Michel Debost and also enrolled as a Masters degree candidate at the Hochschule für Musik in Munich under the guidance of Prof. Andrea Lieberknecht.

The 2nd Prize was also awarded to Hélène Boulègue from France, who currently plays piccolo with the Philharmonic Orchestra of Luxembourg.

The 3rd Prize was awarded to Joséphine Olech (1994) who has been studying at the Paris Conservatory since 2012.

The members of the jury were as follows: