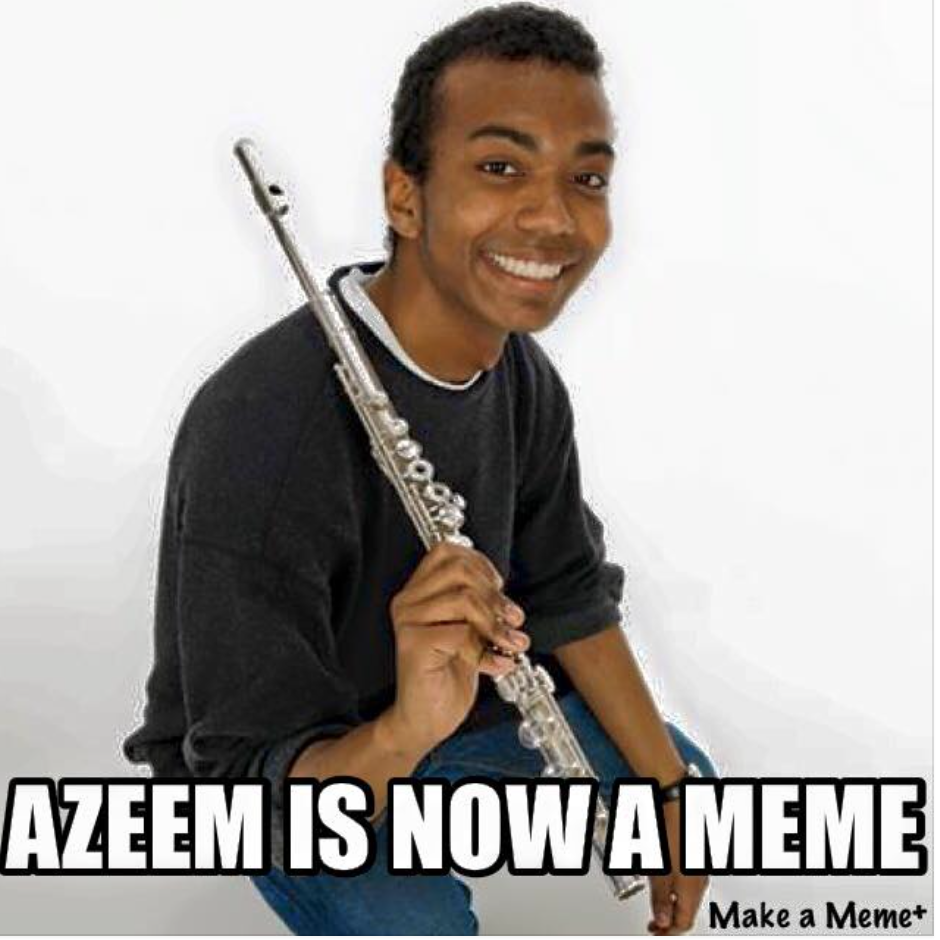 Azeem Ward was advertising his Senior Recital which is taking place May 16 at 3pm at the Karl Geiringer Hall at UC Santa Barbara.  A student of Jill Felber, Azeem created a Facebook event page, as we do, and invited 600 of his friends to go.  Someone in the UK shared it and .....BAM!  he became an overnight internet meme ....in the UK!  On May 13 there were 5,000 people listed as "attending" his recital, on May 14 there were 35,000 and today, May 15 the numbers are increasing by the hour (more than 70,000 at the time of writing).  It is with the witty British humor that UK GEN-Z-ers comment on Azeem's event page making the banter a hilarious read.  Check it out!

There are posts like the following that make the FB event page most amusing: There is a wikipedia page,

a petition to Live-stream the Recital for all the UK fans with over 600 signatures on it, the British publication, THE TAB interviewed him, Slippedisc's Norman Lebrecht wrote a blogpost, the UC Santa Barbara's Daily Nexus ran a feature article on him, and even Buzzfeed chimed in!

Here is Azeem's own video recorded at UC Santa Barbara on Youtube:

Here is one of several YouTube remixed trailers for his recital created by one of his fans:

...and TONIGHT he will be on the Jimmy Kimmel Show on ABC!

I'll be listening to the recital.... will you?