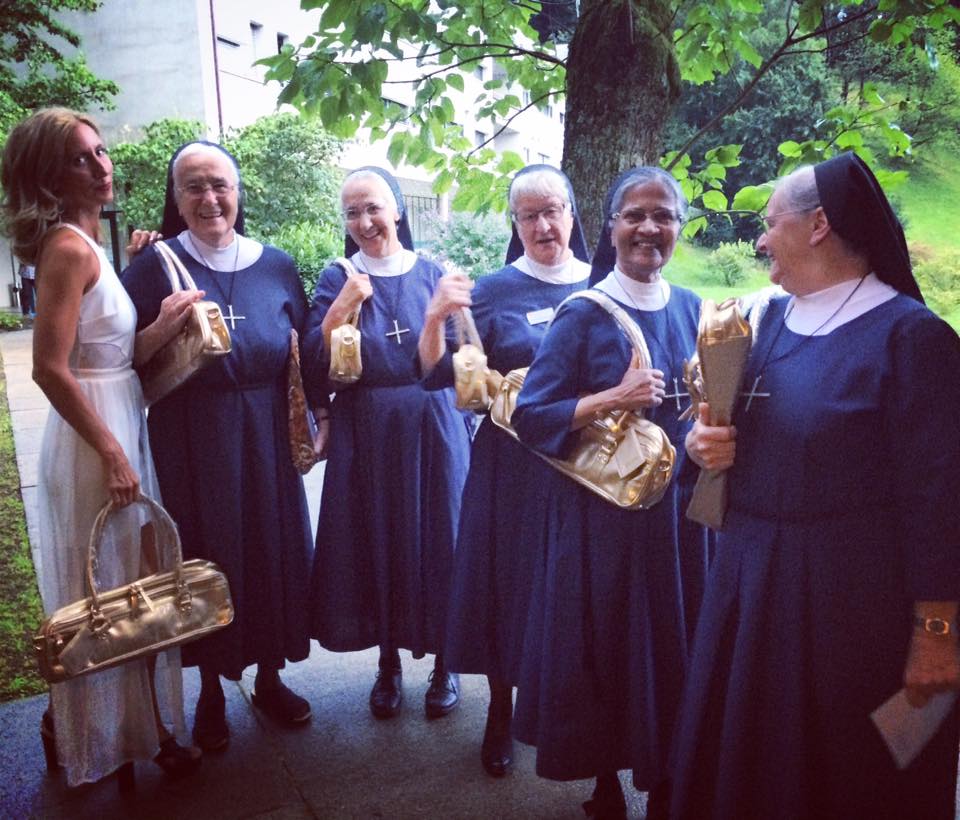 As equally as inspiring as the flutists of the festival, were the nuns of Stella Matutina. Nuns have always fascinated me, so I was kind of excited to get to know some of them, too. I have “nun blood” in my Catholic background, and I have often considered becoming one. Imagine a life of prayer and meditation, picking the freshest organic fruits and vegetables from the orchard, no currency, phones, or computers, and not having to worry about what to wear. I dig it. Being in an atmosphere surrounded by nuns provided feelings of calmness, tranquility, and safety, which is one of the things that made the atmosphere of the festival so open, supportive, and special. We bonded immediately, and I enjoyed sitting among them in the organ loft at the concerts in the chapel, and picking plums together in the plum grove. When I asked them to model the new Galway Gold Fluterscooter Bags, they were quite skeptical at first, and many of them declined modeling (vanity is not something nuns are really into). However, at Sister Mildred’s direction, I had 7 new models on the first night. They would often come talk to me about the bags and wanted to see the photos. I didn’t explain to them that they were famous on Facebook, as that would confuse them. One of the sisters enjoyed modeling so much, every time she saw me, she did her best Zoolander impression. By the time I left, I think they became a little more empowered and open to new ideas.  #nunlife