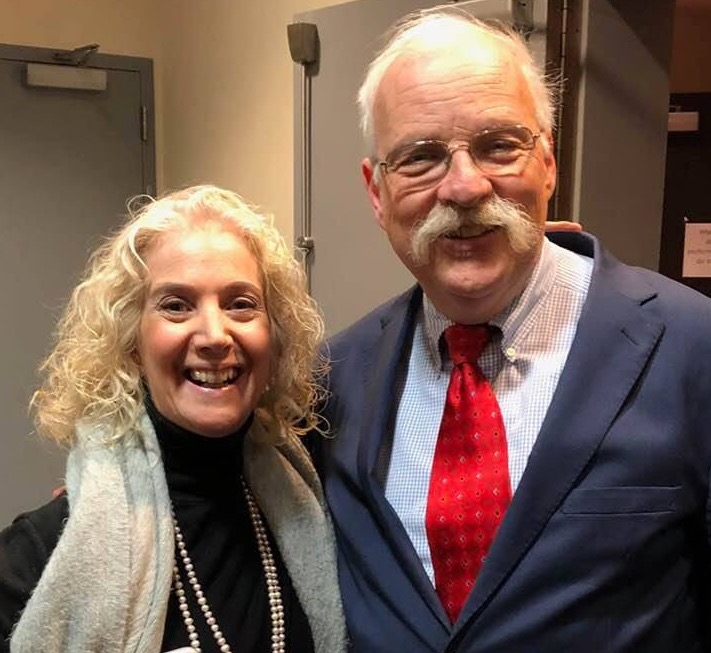 With the start of the 2000–01 season, Robert Langevin joined the New York Philharmonic as Principal Flute, in The Lila Acheson Wallace Chair. In May 2001, he made his solo debut with the Orchestra in the North American premiere of Siegfried Matthus’s Concerto for Flute and Harp with Philharmonic Principal Harp Nancy Allen and Music Director Kurt Masur. His October 2012 solo performance in Nielsen’s Flute Concerto, conducted by Music Director Alan Gilbert, was recorded for inclusion in The Nielsen Project, the Orchestra’s multi-season traversal of all of the Danish composer’s symphonies and concertos, to be released by Dacapo Records.

The Flute View's Barbara Siesel caught up with Robert Langevin to ask him a few questions about his career and his life. You can learn more about him on the NY Philharmonic’s website.

As far as career highlights, one could say that studying with the teachers below was a highlight as well as winning my first orchestra job in Montreal; one always wonders if one will be able to win an audition... Another highlight was taking part in the Canadian premiere of Pierre Boulez' "Le marteau sans maître" in 1985, celebrating his 60th birthday and broadcasted live to all French speaking radio stations in Europe. Another one was playing the complete "explosante-fixe" also by Boulez in 2012 at the Metropolitan Museum of Art and at Symphony Space in New York City with the sound technicians from IRCAM doing the sonorisation and computer electronics.

Tell us about your education and your mentors.

I studied at the Montreal Conservatory with Jean-Paul Major for 6 years. Upon graduation, I went to study with Aurèle Nicolet for 2 years in Freiburg, Germany and then for a semester with Maxence Larrieu at the Geneva Conservatory in Switzerland. I also studied with him for 3 summers at the Nice Academy. In addition, I attended two summer classes in England and Scotland with James Galway.

What pivotal moments were essential to you in creating the artist that you are?

The pivotal moments were certainly studying with the gentlemen named above; without them I wouldn't be the player I am now. You can also say that some of the great conductors I have had the chance to work with in the three orchestras I have been in have certainly inspired and guided me as well as some of the extraordinary soloists we have had the privilege of collaborating with over the years.

What I like best about performing is that every night one has to re-create what is written on the page and adding one's vision of what the composer might have meant while respecting his style. When making a program for a recital or a chamber music concert, I like to find pieces that may be unjustly unknown but which I feel deserve to be heard; it is amazing to find that some pieces are not played or known by the audience but really have value. I also feel that too often, orchestra’s program the same repertoire and that there could be a lot more curiosity on the part of those who are in charge of programming.

Share with us a bit about a day in the life of the principal flutist of the New York Philharmonic.

It depends on the day. Twice a week when we have a morning rehearsal and an evening concert, I will, as on most days try to get in an hour of practice before breakfast. After commuting to the hall (I live out of town), I will try to do another 1/2 hour or 45 minutes depending on traffic. In the afternoon, I will teach a few students and then get ready for the concert. On another, we may have 2 rehearsals and on weekends when we have an evening concert, I may play some tennis during the day.

What is your schedule like for the next six months?

Our summer season is usually busy with travel. We do a residency in Shanghai, China for 10 days where we perform and also teach masterclasses at the Orchestra Academy. We also end the season with another 10 day residency at the Bravo Vail Festival in Colorado. In between these two we have a 12 day break where I go teach t the Orford Summer Festival in Canada where  also went as a student. We are done at the end of July and have 6 weeks vacation in August and the first half of September. I put my flute away because I feel I need a break both physically and mentally as our season goes from mid September to the end of July with very few breaks. And then in September, we start again and resume teaching.

Tell us about your personal and professional goals.

My goals are to keep doing what i enjoy as long as I am able to play at a level commensurate to the needs of the position. I still enjoy practicing and try to get better in certain areas, it's a never ending pursuit...

What advice would you offer to a young flutist just starting out?

Sometimes parents ask if their children should pursue a career in music. My answer is: "only if they can't imagine doing anything else and providing they are ready to put in the hours required to succeed" because there is a lot of competition and relatively few jobs. Of course, it can be a very rewarding profession but people need to realize that it is a little like being a professional athlete where you never stop training and trying to get better and surpass yourself; if you do, it can be very satisfying.

The beautiful concert included the Sonata in C-sharp Minor (1904) by Mel Bonis, the Griffes Poem (1918), Debussy’s Prelude a l’apres-midi d’un faune (1894) arranged by Gustave Samazeuilh and Amanda Harbergs, Court Dances (2017) with the composer at the piano. The other works were accompanied with excellence and creativity by Linda Mark.

The programming was unique and interesting as it included the works of two woman composers as well as the two standard works. Mel(anie) Bonis (1858-1937) is a French composer who wrote over 300 works including this lovely flute sonata. She had an interesting life, studying at the Paris Conservatoire and earning the respect of her professor’s including Cesar Franck and Gabriel Pierne. She fell in love with a fellow student and was forced by her family to leave the school and eventually married a businessman 25 years her senior. Outwardly she became a traditional wealthy housewife, but she continued to compose and spend time with the fellow student she was in love with, eventually even having an illegitimate daughter with him. In recent years her music has gotten a lot of attention and this excellent sonata, was played by Langevin  with perfect style, pitch and sound. Langevin spoke informatively about each piece and connected them all to each other. He played Charles Tomlinson Griffes’s Poem with great energy and insight, talking to us about Griffes as the first American Impressionist composer and friend of George Barrere. He made the argument that Griffes wrote Poem in response to the death of Claude Debussy who had died in 1918 a few months before Griffes wrote the piece! Then, following the Griffes, Robert performed Gustave Samazeuilh’s arrangement of Prelude a l’apres-midi d’un faune (1894). His performance was colorful, evocative, and played with perfect control and pitch, so beautiful!

The final piece on the program was Court Dances (2017) by Amanda Harberg (b.1973). I hope 100 years after Melanie Bonis composed that Harberg has many more chances to share her beautiful music with us. Composer John Corigliano says that “Amanda Harberg writes truly beautiful music. This is rare in our time – in fact, in any time. She touches the soul and invigorates the brain at the same time. I love her work.” The piece, inspired by Baroque and classical dances is rhythmic and humorous and was played by Langevin and Harberg with perfect inflection, verve and brilliant technique.

As you can tell, in addition to Langevin’s amazing and wonderful playing, he’s a focused, creative, curator of music. Each piece was connected to the French school of playing and (to me at least) the choice of opening with Bonis and closing with Harberg made an important point about opportunities for brilliant woman composers. This was a thoughtfully crafted and beautifully played concert with many different aspects of music to ponder.