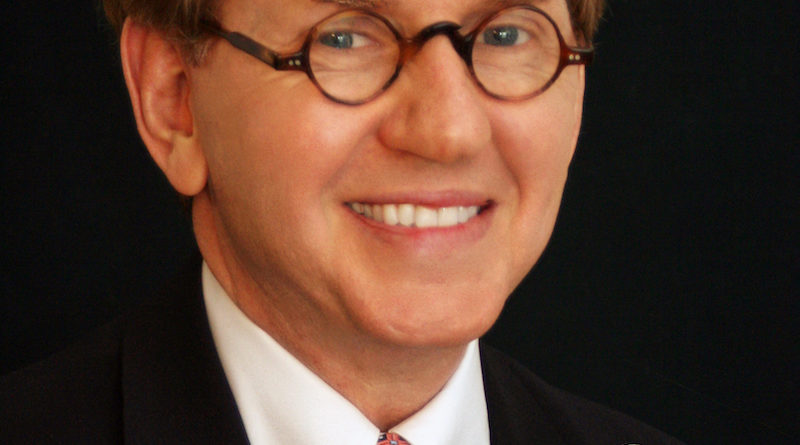 Listen! is the name of a workshop I present at flute events and schools.  It’s about active listening. If you were to ask me what has been the most recurring weakness among all my students - young, old, amateur, and professional - throughout my career, I might say tone or vibrato, but actually, the issue is much bigger. It’s about active, critical listening. I don’t think we listen carefully to the sounds we produce when we play the flute.

Yes, we hear ourselves, but are we actively engaged and focused on the details?  Do we notice if we’re using vibrato all of the time, most of the time, or not at all?  Are we aware if our airstream is steady or turbulent? Do our emotions interject disruptive bumps in our phrases?  And how’s our intonation? Do we notice a lack of homogeneity throughout the different registers? Do some notes not respond as well as others?  Do we play with dynamic contrast? And most important: Can we do better?

Active listening requires focus. It has to be our primary activity, which means we can’t be thinking of anything else when we’re practicing tone.

NOTE: Despite the sometimes analytical approach I use in this article, by no means do I think the performance of music should be more analytical than creative. These are simply practice techniques designed to strengthen our tone. Hopefully, our listening skills will become second nature and give us the freedom to express the music without restraints.

Tone or Vibrato - which one is more important?

I doubt many flute players will place a higher value on vibrato than tone, but it’s a flutist’s vibrato that often grabs my attention first. Some players turn it on at the beginning of a piece and don’t turn it off until the end. Some players never vary the speed of their vibrato, and some allow their passion to create unexpected turbulence in their airstream.

I heard someone say, “Putting vibrato on every note is like pouring ketchup all over the music.”  So true! Ketchup is absolutely a great thing, but it’s not meant to be put on everything – just when needed for enhancement of flavor. While the use of vibrato is subjective, perhaps even controversial, I have been consistent with my personal convictions for many years. Thirty years ago, I wrote an article titled  “Crippling Vibrato” for Flute Forum, in which I described predictable vibrato. Then, and now, I believe when vibrato becomes predictable in someone’s performance, it becomes a distraction.

There is no perfect tone, but that doesn’t mean we shouldn’t aspire to have a good one. We just need a concept of a good tone in our heads – from whatever source, and we need to aspire to that concept relentlessly – all the time – on every note.

You don’t need to sound like anyone else. As students, we may try to emulate our teacher’s tone or the tone of a celebrity flutist, but should you aspire to copy someone else?  I don’t know. That’s a decision to be made by the individual. I personally think it’s nice to recognize someone’s playing by the uniqueness of their sound.

There are many excellent books that can help you develop your tone. You can also create your own exercises that address your current weaknesses. Since I’m an old-schooler, my books of choice are the tried-and-true methods of Marcel Moyse, specifically his De la Sonorité: Art et Technique, Tone Development Through Interpretation, and 24 Little Melodic Studies. For those who aren’t familiar with Moyse, check out Ann McCutchan’s book Marcel Moyse, Voice of the Flute (pub. Amadeus Press).

Your goal, regardless of the books you use, is to:

Before we begin the first exercise, remember – this is about active listening. It will be a waste of time if we daydream about the birds outside the window, the cat running about, or the laundry that we need to pick up. We simply must Listen!

It is best to have a designated, distraction-free space where you can focus on the task at hand. I use a metronome to ensure consistency. 60 beats per minutes is recommended.

Begin the exercise with the best starting note you can produce. Strive for a clean attack and an immediate tone. If the starting B natural is not your best, try some harmonic exercises to position your embouchure for a great B natural.

TIP:  Try the harmonic exercise at the end of this article.

Exercise no.1 employs slurred semitones, each repeated with a breath in between. The breath ensures the second attempt will have the same attack as the first. Don’t limit yourself to one repeat. If the tones don’t match in timbre, volume, and quality, repeat each couplet until they do. Continue descending to low B or C, depending on your instrument’s foot joint.

Since the whole point of tone exercises is to listen critically, you may need to find ways to re‑engage mentally on each note. One way is to play with an unnatural grouping of vibrato pulses. It’s too easy to play groups of three, four, and six vibrato pulses without thinking, so try playing FIVE pulses per second. You will be checking in with your tone FIVE TIMES per second!  It’s hard to daydream and do that.

While playing with measured vibrato is not the goal of any flutist, it can be a great tool to reveal how complicated vibrato becomes in different registers. For example, with the metronome set at 60 beats per minute, try playing really, really soft in the top octave with five vibrato pulses per second. Then try the lower octave. It’s not so easy, and it’s good to learn how to do this in case you need it sometime to help shape a phrase.

TIP:  If young players have difficulty vibrating five times per second, ask them to tongue each note five times per beat until they get the hang of it.

Continue the tone matching exercises by extending the length of the slurred notes one note at a time until the full range of the instrument is covered.

Exercise no. 1 with extended slurs.

If you’re a teacher and want to enhance a student’s listening skills, try a team approach.

The team approach helps students to not only be aware of their vibrato and how they control it, but to listen to those with whom they are playing. This skill will be  invaluable in chamber music and orchestral settings.

A Note about Improvisation

Many years ago, I was coaching another teacher’s advanced high school flute student before his All-State audition. He was technically strong and intellectually gifted, but his tone was unfocused and inconsistent. I thought it odd he didn’t seem aware of the inconsistency. Suspecting that reading the notes on the page might be distracting, I asked him to improvise something. I was stunned. He sounded terrific! Turns out he loved jazz and enjoyed improvising. My suspicion was confirmed – he was distracted by the printed page and was simply not listening to himself – as this article infers.

Knowing that reading music often distracts us, I frequently ask my students to improvise a melody in the key of their prepared etude (we do all of our technical exercises in the key of the week’s etude). We begin by sustaining the tonic note in unison. When a good intonation is established, the student improvises in the designated key. I ask that they linger on chord tones to inspect intonation. There are no wrong notes as long as they stay in the designated key. Their job is to listen critically and spread their best tone throughout the melody.

There is a WEALTH of inspiration in Marcel Moyse’s De la Sonorité. Be sure to practice all of the exercises, not just Exercise 1. Some exercises will improve your breathing; others, your dynamics; and the flexibility exercises, if you tongue them, will improve your articulation – a future topic in this series. The very last exercise in De la Sonorite  – “The Controlling of the Tone in the Interpretation” is the culmination of everything prior, and it is the perfect segue to Moyse’s other “bible” – Tone Development Through Interpretation.

[My next article in the Listen! series will focus more on vibrato as it pertains to phrasing. We’ll analyze a first reading of a melody and question our vibrato choices. We’ll use the final exercise in Moyse’s De la Sonorité to work his magic.]

Now, about that first B natural in Exercise no. 1

TIP:  Before you begin matching notes in exercise 1, you will need to produce your very best B natural above the staff. There are exercises you can do to help position your embouchure for a great beginning. Here’s one of my favorites:

Harmonics:  Just as white light contains all colors, a tone is made up of many other sounds, the most pure of which are called harmonics. The first three harmonics consist of the original note, which is the fundamental or first harmonic, then the first overtone an octave above called the second harmonic, then the third harmonic, which is a fifth above the second harmonic.  (See the image below.) You can overblow any note to produce produce a harmonic, but for embouchure-building purposes, it’s better to maintain a steady dynamic or even a diminuendo as you go up the series.

To find the right embouchure for the B natural in Moyse’s first exercise, we’ll produce the first three harmonics of E1 - the fundamental, the octave, and the fifth, which is B natural.

TIP:  Again, be careful not to overblow or play louder. In fact, decrescendo as you go from step 1 to step 3. Imagine the aperture changing to something resembling a football standing on its end.

TIP:  If the aperture is still too big to produce a centered sound, try “poohing” the first note. This is often a good way to ensure the aperture opens just the right amount.