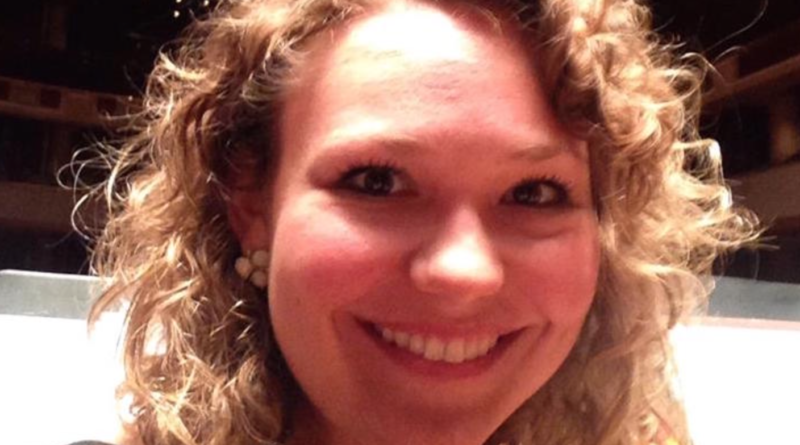 4 Rules for Recording Your Practice  ...Without Hating Yourself

For a music student, there are few instructions met with more anxiety and resistance than the dreaded, “you need to record yourself.” This attitude has even been echoed even by some Hollywood A-listers, with Adam Driver recently claiming he won’t watch his own performances or even listen to an audio clip of his voice. For most of us, the prospect of listening critically to the sound of our own instrument—a sound we likely have been meticulously and painstakingly crafting for years— is as appealing as staring at our naked bodies in the mirror after a long holiday break from the gym.

I regret to inform you that there’s not a quick fix to either situation. But, there are a few steps you can take to ease this process, and with practice, and a bit of courage, become a recorded practice pro.

“It doesn’t do to dwell on dreams, and forget to live” —Albus Dumbledore

It’s easy to indulge our delusions and convince ourselves that we sound like James Galway, or that “I wasn’t the one out of tune in rehearsal; it had to be the clarinet.” It’s much harder to look in the mirror and assess our flaws. But consider this; most of us would never dream of going to work without at least a glance in the mirror.  Even more unthinkable would be walking on stage without assessing one’s appearance. Now ask yourself: If I wouldn’t even walk onstage without seeing what I look like, why would I ever play for an audience without hearing what I sound like? If you are anything like me, the answer is likely fear, not confidence. And fear makes us irrational and delusional. It makes us bury our heads in the sand, deny reality, procrastinate, and ultimately, self-sabotage.

Think of American Idol. We’ve all seen a cringe-inducing, overconfident delusional audition. While the exploitation of these unfortunates for entertainment value is another issue worthy of discussion, the responsibility of the quality of the performance ultimately falls on the performer alone.

​The key takeaway from these cautionary tales is that in the vast number of cases, I would guess that their failure wasn’t for lack of trying, lack of practice time, or even a lack of “natural talent,” whatever that means. They simply didn’t know where they needed improvement, and because they refused to assess their performance objectively, their practice time was for naught.

While this may be an extreme example, you will still likely be shocked to hear the discrepancy between your perception of your playing while you play, and the actual recorded product! But don’t be afraid—it isn’t always a negative surprise. Sometimes we obsess over details that we think are distractingly audible, only to learn that we’ve entirely missed the forest by getting caught up on a single tree.

The first, and hardest step toward improvement is making the courageous decision to look soberly in the mirror, then objectively identify what needs to be done.

“Objectively” is the key word here. As musicians, we tend to wrap a lot of meaning, hopes, dreams, and unfortunately, self-worth into our playing. It’s time to leave that at the door. Once you’re on stage, have at it and pour your heart out, by all means. But in The Woodshed, you’ll need cold blood.

The method that has helps me the most is to literally pretend I’m listening to someone else. It’s easier to listen objectively when the emotional investment is removed. Before you get the wrong idea, this does NOT mean giving yourself permission to tear yourself down. On the contrary, when we assess another person, we tend to be quite a bit kinder. As a rule, if you wouldn’t say something to a student, don’t say it to yourself.

It takes practice making this mental “switch” from insecure struggling musician on one end of the recording to objective, clear-thinking, kind, constructive teacher on the other. At first, this might mean recording in the morning, going about your day, then listening later that day, or even the following day, after you’ve had time to distance yourself from it, and after you’ve forgotten the details of your own impressions of the recording you had while playing. As you get used to hearing yourself, you can save time and assess your playing immediately.

You’ve taken the first step and recorded an etude, an except, or even just a simple scale. (Your short term and long goals will likely determine exactly what type of recording regimen you will follow, but the principles will be the same.) You’ll need a notebook, a pencil, your score, a metronome, and a tuner.

While everyone has their own style, I think the absolute best approach is outlined in Detroit Symphony Orchestra flutist Sharon Sparrow’s book 6 Weeks to Finals. In short, the method involves listening not once to a recording, but at least 3 times: first only for rhythm, then for pitch, then for style and dynamics, taking meticulous notes each time, circling and marking anything that was inaccurate. Then, point by point, you work to correct every issue. This sterile, rational compartmentalization not only helps to methodically isolate the trouble spots; it also keeps you focused on solving one small problem at a time, preventing you from making a broad, sweeping value judgements about the overall performance. That isn’t your place. If you start doing that, you will make it personal, and hurt your own feelings. Notes, rhythm, pitch, articulation, dynamics, and even phrasing (to an extent) are quantifiable components that can be right or wrong, clear or unclear, audible or inaudible, smooth or awkward. Remember, no hard feelings, it’s only an assessment of your technical performance thus far, not an assessment of your intrinsic worth as an artist and certainly not as a human being.

Which brings us to the third rule:

It sounds like a contradiction with rules 1 and 2, but it’s not. Radically accepting yourself and your playing exactly where you are on your musical journey is not only compatible with objective criticism and commitment to development; it is absolutely imperative. If you measure yourself against an imaginary ideal of perfection, you will never measure up, and that is OK. Give yourself that grace. The fact that you strived for at all is a tremendous accomplishment, and you are all the better because of it. But even more importantly, your self worth and identity are not determined by measures of musical skill, perceptions of success, or even artistic greatness. You have infinite inherent value as a person that cannot be increased or decreased by winning or losing an audition. While obviously those events do have consequences, they do not reflect upon your self worth— that is something that is never at stake.

I’ve found that Rule 3 is easier to adhere to with the help of Rule 4:

4. APPROACH EVERY PRACTICE SESSION WITH GRATITUDE

It takes courage and radical acceptance to see or hear ourselves as we truly are, pitch problems and all. But that also means seeing and appreciating our real growth, and appreciating the work, support, and encouragement that got us to that point. Rather than asking in frustration, “why can’t I play this yet?” Try this: “This piece is challenging me; what steps did I take to overcome my last challenge, and how did that make me even better?” Every challenge is an opportunity for growth. And every day with a flute in our hands is a day we are blessed with the opportunity to make music.