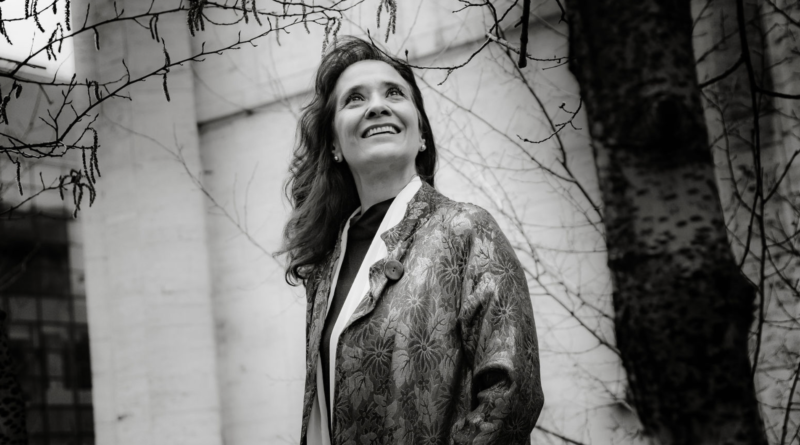 The world is small now.  I love our small world. Thanks to my parents, I began appreciating different cultures with their different customs early on. Often my family’s entry point was through food.  They were Italian Americans. My mother made pasta from scratch nearly every day. My father made homemade sausage with casings we got from the Italian market in South Philly. Chinatown was just a little farther north, though, so on our way back from Philadelphia Youth Orchestra rehearsals,  my mother always wanted to stop at her favorite Chinese grocery store to chat it up with the ladies working there and be taught a new recipe in broken English. Bags of things shoveled into her arms by her friends: dried lily buds, wood ears. My niece and cousin both eventually became fluent in Mandarin. Then there was the Thai store around the corner. More friends with their galangal and citronella. The resulting soups and stews abounded at home in our small town in South Jersey, where no Asian restaurant would exist for another couple of decades. Then there was the annual rugelach and semi-annual perogi making with Elenor Monsu and Dorothy Papovitch, mom’s best friends.  My parents were also close to the town dentist and his wife, the only Jewish people in about a 20-mile radius. Mrs. Korth taught my mom to make matzoh ball soup and they played cards until someone burnt a cross in front of their business and they moved away.

My father was a doctor. He put himself and his brother through medical school driving a cab after their father died. He’d take me on house calls every afternoon when I was little.  My mother was a nurse, the daughter of a coal miner. She skipped two grades in high school and graduated first in her class. I was never sure how my parents made money. They seemed to treat everyone for free: policemen, firemen, priests, rabbis, teachers, and anyone who just generally couldn’t afford the $9 fee.  My dad would also do his patients’ home repairs if there was no one else to help them.

When I was in my early teens, my parents suddenly both became gravely ill. They went through all their money and more paying for medical bills. I was later told they had made quite a lot in the stock market after the great depression. Now it was all gone. My world turned upside down. Fortunately, I had my flute. Throughout my parents’ illnesses, eventual deaths, and beyond, I experienced many beautiful things: playing duets with Leonard Bernstein, getting the first of my 11 Broadway shows in my early 20s, frequently playing with City Ballet for the first 25 years of my career, playing with the NY Phil all over the world, marrying cellist, Danny Miller, watching my children grow. I’ve had some difficult times as well: divorce from a previous marriage, illnesses of my children, to name a couple.  However, with the advent of Coronavirus, it is the first time I’ve ever felt like I did as an early teen - like my world was upside down. But this time, the rest of the world is experiencing the same thing. We’re all in this together. When I was a kid, it was just me and my flute, but my flute led me to places of comfort and into the beautiful community of musicians. From playing a concerto with the Philadelphia Orchestra as an early teen to subbing with the NY Phil in my 40s, playing with 100 people on stage is like praying in synchronicity.

I had been the principal flutist of the Broadway show, Wicked, for 16 ½ years when it was shut down along with the rest of NYC. The musicians in the pit feel like an extended family. We zoomed the other night. It was nice, but not the same as being with them in our overcrowded band room, joking and jostling. The Flute View gave me the assignment of telling the story of my experiences during the Broadway/Coronavirus shutdown. I don’t really feel like I deserve to tell any story of coronavirus at all. So many peoples’ losses are so much greater than mine. Wicked will go on at some point. What have I lost? Mostly just money. Money can be made again.

Danny and I made our bi-monthly trip to the grocery store yesterday. He had parked in front of the store to let me out, and as we discussed the grocery list, a huge shiny white SUV hit us shockingly hard. The driver had misjudged the distance between our cars and bashed in the back of ours. Was he on the phone? Was someone in his family sick? I’ll never forget the sight of him, tears welling up in his eyes as he looked at the back of our car and whispered, “I’m so sorry” over and over. He was so sorry.  We’re all so sorry. He spoke for all of us.

We flute players are another sort of family. We have so much shared experience.  Sometimes, not even knowing each other, we lead parallel lives. Since the show closed, my friend, Morgan, has been helping me venture into social media for the first time ever.  I’ve been learning to reach out to people in a way I never seemed to have time for when NY was open for business and I was constantly running from one end of the city to the other.

I’ve started Skype teaching. I’ve always loved to teach.  My professional teaching career began at the age of 13. This boy who was taller than I was would come in my kitchen door, toss his music on the table, each time playing with wild happy eyes and seemingly endless enthusiasm for Taffanel/Gaubert and my whistle tone exercises. I’ve taught all these years since then, and I have to say, it is one of the most fun things I do. To watch a person glow with new knowledge is a gift with hardly an equal. So, here I am still, in the face of Coronavirus mayhem, teaching Skype students and loving it. Gianna, my newest student is nearly 10, what a charmer! She started lessons yesterday. But I love all of my students. There is an energy in the space between student and teacher. It is in this space that collaborative learning exists and is handed one to another to live a life beyond. I thought about this the other day when I was meditating – “pretend your spine is a tree trunk and there are roots leading from it deep into the earth,” the book said.  I’m reading a different book now to my husband, one chapter every night. It’s called “Mind Power in the 21st Century” by John Kehoe. It’s a miracle in itself my husband is letting me read anything but Voltaire or Shakespeare to him. Turns he’s a closet optimist. I knew it all along.

So, I have my dear husband, my kids, my friends, my Skype students, my Emanuel flute, and my new Instagram page at www.instagram/helencampoflute ☺. Really, what more could I want? Everyone to be well, that’s what.  It’s a small world. I love our small world. Everyone take care for all of us, and hopefully, we’ll come out of this with a deeper understanding of our neighbors’ needs and a habit of helping in any way we can to take care of them.

Leonard Bernstein said, “Miss Campo plays the flute the way I wish I could sing.” Since her debut at the age of 14, Ms. Campo has made more than 1000 solo appearances, been the principal flutist of 11 Broadway shows, performed on hundreds of movies and TV commercials, and played every position including piccolo with numerous orchestras including NY Phil, NY City Ballet, NY City Opera, Orchestra St Lukes, and ASO. She has also held positions with the Houston Symphony, NY Pops, NJ Festival Orchestra, Greenwich Symphony and motherhood to name a few.