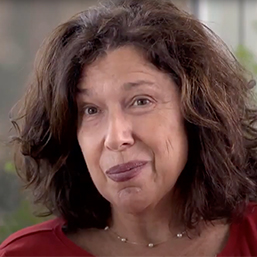 Guest columnist Betsy Shevey joins us this month with this thought provoking essay.

Americans are hungry in body and soul. We need to nurture our needs with both culture and nutrition. The Cabinet of Joe Biden and Kamala Harris needs two new positions: one for Art and one for Food. The two are as connected as our bodies and souls.

The New Year will bring changes. We will have vaccines for COVID and a new administration to distribute them. We hope that both will bring us relief from the devastation of the pandemic and the recession. Two issues are widespread: food insecurity and the lack of opportunities to make and access culture. Movies, concerts, theater, opera, dance, choirs, jazz, clubs, shops, and restaurants suffer. The people who make these artefacts are out of work. Unemployment causes conditions which are stressful and expensive physically and mentally. While families go to bed hungry, tons of vegetables and legumes are destroyed daily.

The financial cost is steep. Not only nearly a trillion dollars directly from the arts and entertainment has been lost, but billions more from the auxiliary enterprises which surround them. Farmers and suppliers are losing major income from food unsold. The losses are more than financial. The arts provide us with a way of looking at the world, of understanding and making sense of life. They do more than lift our spirits. The arts give us perspective. They give us multiple points of view. They access and activate our five senses, mind, and heart in experience that is conscious and unconscious: reality and dream. The influence of the arts is profound. Our culture directly impacts our political, personal, and professional choices. Malnutrition is destroying health, lives, and abilities. Food creates our body; culture creates our identity, and both create community.

I read a book when I was a little girl, which like many children’s books was iconic in its allegory. The book was called Flatland: A Romance of Many Dimensions. It was written by an English schoolmaster, Edwin Abbott Abbott and published in 1884. Flatland is a book about a Square who lived in a land of two dimensions. Men could advance in wealth and status to become Pentagons or Hexagons. Women were Lines. Square dreams he loves Sphere who shows him the world of three dimensions where there is depth, not facade. The harsh angles of the lines and squares are softened by roundness and stasis is replaced by movement. Sphere promises Square a fourth dimension where time bends, memories live side by side with the present and the future can be transformed. Square’s inner world is changed forever. When he wakes into Flatland, he sees that it is a fantasy. It is missing the dimensions which makes us whole and real.

Our country was Flatland years before the pandemic. The effects were deleterious. We were living in two dimensions. Politics and popular culture were dominated by cartoon characters, stereotypes, surface, and competition. Binary thinking of the digital age was ubiquitous: good for computers, not so good for humans. Dramatic scenarios morphed into reality television, and the news morphed into dramatic scenarios. We were polarized politically, racially, and economically; emotionally and imaginatively. This is Flatland. We distorted ourselves to match our image in a distorting mirror.

We need to change the way we see ourselves and each other. This can be done through an expansion of the arts and a food initiative in which artists and chefs are able to feed us body and soul. We need two new Cabinet posts: Secretary for Food and Secretary for the Arts. Both are necessities, not luxuries. Both are needed for psychic and physical survival. This is the twenty-first century. We know more than our nineteenth century teacher, Edwin Abbott. The Theory of Relativity proved that matter is energy, and the only constant is the speed of light. That there may be parallel universes, or at least, diverse perspectives on a moment. The health of our body is affected by the health of our mind and vice versa. Both are connected to what we eat, whom we love, where we live, when we dream, and how we think and feel.

We have become obese on a diet of fast food and fat-headed on a diet of distraction and paranoid fantasies. We have been seduced by “bread and circuses” amusement. We need other choices. The two new Cabinet positions are crucial. Change is complex. Support and structure ensure success. The Secretary of Food and the Secretary of Arts will direct the move out of Flatland. Will we be dancing together down the yellow brick road? Maybe. But we are not headed towards a mythical Wizard of Oz. We are staying in Kansas, Iowa, Illinois, North Carolina, New Jersey, New York, and the rest. There, our arts and food creators, consumers and workers will thrive. Our appetite for substantial body and soul nourishment can be satisfied living in Sphereland, our multidimensional world.