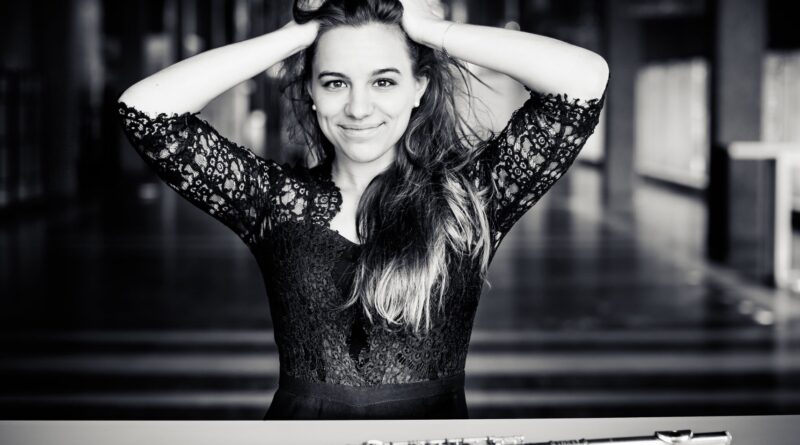 French flautist, Joséphine Olech, enjoys a busy career as a soloist, chamber player, and orchestral musician. She was appointed Principal Flute of the Rotterdam Philharmonic Orchestra in 2017 where she regularly plays with the world’s greatest musicians. A graduate of the Paris Conservatory, Joséphine is the First Prize winner of the Carl Nielsen International Competition (2019).

Reconnect - Nature and the Modern Man

Toru Takemitsu: Toward the Sea III (1989) for alto flute and harp

Reconnect was conceived primarily around two masterpieces from the end of the 20th century, Toward the Sea III by Toru Takemitsu and George Crumb’s Vox Balenae.  Joséphine Olech chose to craft her album to raise awareness around Nature and the Modern Man, and the importance of environmental protection.  Through her selection of pieces, it was her goal to embody the sounds of the spectrum from whales to robots.

The album begins with the haunting Six Epigraphes Antiques.  Joséphine Olech’s sound soars mellifluously with Sélim Mazari’s magnificent piano throughout the expertly transcribed work by Debussy.  Olech’s exceptional musicality makes this a first-class interpretation for flute and piano.  Each movement supplies the listener with a sonic sketches and the Olech / Mazari Duo paint outstanding portraits with breathtaking colors and their opulent musical facilities.

Next is Rekindle by Michel vander Aa for flute and soundtrack.  This piece provides the listener with entirely different soundscapes, sometimes whimsical and idiosyncratic, and at other times, intergalactic and tribal.  Olech provides us with her commendable technique and brilliant virtuosity, leaving the listener spellbound and questing for more.

Toward the Sea III by Toru Takemitsu offers us an entirely new tapestry.  Written for alto flute and harp, Joséphine Olech and harpist Anaïs Gaudemard, impart rich, velvet palettes, each movement like floating dreams.  This flute and harp duo deliver an exemplary performance abounding with a ravishing sense of poetry combined with stunning dexterity.

George Crumb’s Vox Balenae transports the listener to yet another realm.  Written for flute, piano and cello, this work expands the sonic capabilities of each instrument.  Olech, Mazari, and cellist, Clément Peigné, and create a fantastical oceanic landscape.  With impeccable intonation, individual adroitness, and  a stunning use of aural hues, the performers bewitch the listener with their unique sense of musical sorcery.

Vermont Counterpoint by Steve Reich for flute and tape entwines us with a fresh new fabric of sound.  The repetitive sounds of the instruments within the flute family provide a wonderful bed of repetitive incantations.  Olech’s supreme mastery with all the various flutes is extraordinary.

The album’s final track is Le fils des étoiles by Eric Satie/ Toru Takemitsu for flute and harp.  This is the perfect work to end an album filled with reverie, enchantments and fantasies.  Gracefully played, the Olech / Gaudemard Duo, deliver an alluring finale to the album.

Joséphine Olech’s album Reconnect, invites the listener to contemplate Man’s relationship with Nature.  Through her tremendous technique and remarkable sense of colors, Olech formulates the perfect set of liquid euphonious dreams with her various flutes.  This ethereal fantasy is the perfect sonic concoction for those looking to travel into sound as poetry.  With her consummate talent and superlative colleagues, Joséphine Olech’s Reconnect is a first class display of strength, skill, and ingenuity. 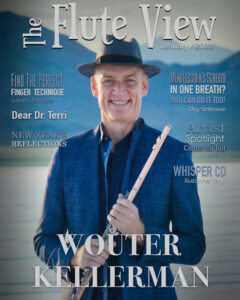