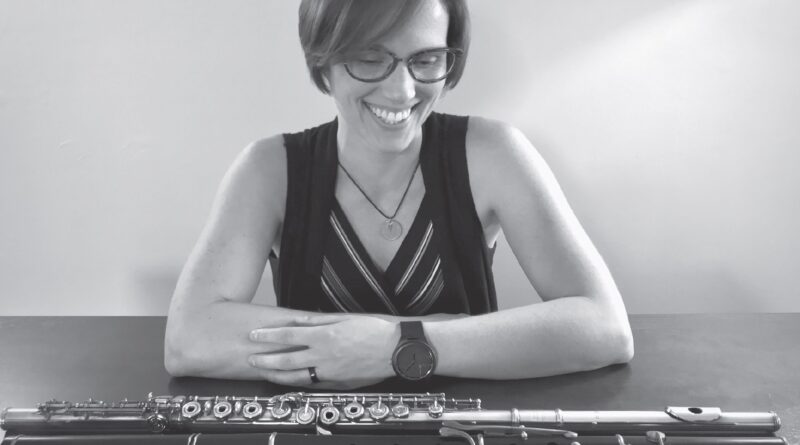 Playing Outside the Lines by Leslie Anne Harrison Book Review

Leslie Anne Harrison is a musician, educator, ethnographer, and author of Playing Outside the Lines, an Irish flute method book series for both Boehm (silver or classical) and simple system (Irish) flute players (now available from Mel Bay Publications). Playing Outside the Lines provides an in-depth look into Irish traditional flute playing that is accessible to both folk and classical musicians. It also provides a graduated pedagogical approach that Leslie developed for flute players—and flute teachers—who may be less familiar with Irish traditional music.

Leslie specializes in helping classically trained flutists transition to Irish flute for the first time, or learn Irish traditional flute technique on the instrument they already play. She holds a Master of Music degree from New York University, where she received the Graduate Woodwind Award. She then moved to Ireland for several years, where she studied Irish traditional flute playing and earned her Master of Arts degree in Irish Traditional Music from the University of Limerick’s Irish World Academy of Music and Dance.

On a note about "Playing Outside the Lines", Leslie Anne Harrison writes, "To me, playing outside the lines has several meanings. First, it is the interpretation and fleshing out of music beyond its basic written notation or aural version. This is particularly important for Irish traditional music, which is largely an aural tradition (learned by ear) and lacks a widely formalized notation for ornamentation and techniques. When tunes are written down, much of what makes them sound like Irish traditional music is not notated, and even when tunes are learned by ear, there is much to be filled in beyond the basic melody. "

The book outlines and provides every step along the way for the Boehm flutist (and non-flutist) wishing to transition to playing the Irish Flute. By providing fingering charts, exercises and audio samples, the book becomes a fantastic bible of Irish Flute playing. Harrison is a very meticulous and thorough author, explaining in detail every possible scenario that might present itself to the beginning Irish Flutist. From getting rid of vibrato (for the Boehm flutist), to tone color (how to make that "dark green sound"), sluring, tuning, and emphasising the "back beat", scales, modes, the easiest way to learn a tune by ear, it is all discussed and with incredible detail. The most magnificent component of the 109 page book, is hearing Harrison's delightful playing in the audio samples. She provides beautiful, clear, clean samples with her wickedly rich, deep, dark Irish tone. It is sublime to hear!

"Playing Outside the Lines" Irish Flute Method Book is an impressive and  marvelously complete manual. Harrison's attention to detail is concise and admirable. The book combined with the audio samples is the perfect combination to launch anyone seeking to play the Irish Flute.

Purchase your copy from MelBay today!