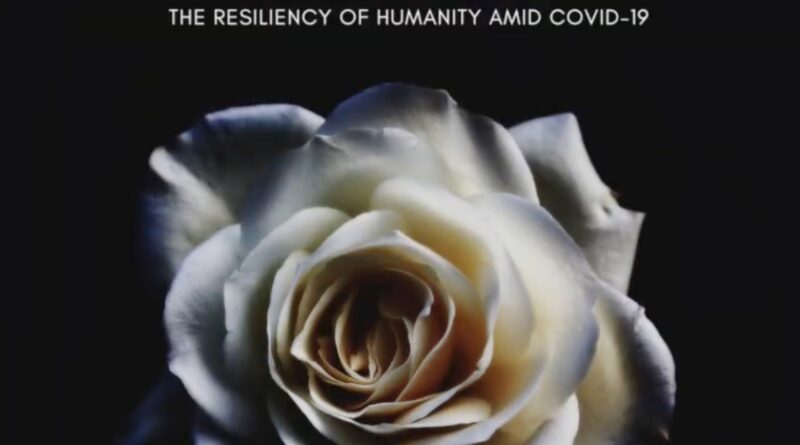 Over the last fifteen months, I have developed a very complicated relationship with music. Unclear if it’s the loss of gigs to motivate practice, chronic burn-out, or a general dissatisfaction with the world around me and the music I put into it, but the joy I found with my flute has gone stagnant. What has flourished, however, is my love of listening to music. In this stalemate with my own creativity, I am even more amazed with what artists have shared with us.

Musicians have been forced to change so much of our performance. It’s been a year of artistic innovation, and for that alone I am thankful. For some, it has been an escape from our spiraling reality; for Dr. José Valentino and Bruno George DiMatteo Miranda, it was a chance to speak to our collective but incredibly diverse experiences during the pandemic.

This album, titled Embarkation: The Resiliency of Humanity Amid Covid-19, is not subtle. Each track title tells you exactly what the flute and piano duo wants to evoke with every composition. The album begins with lighthearted hopefulness that highlights the neglected joys we sought out in isolation (children playing outside, spending quality time with loved ones, our own daily rituals sidelined by schedules and commutes). But as the album continues, the compositions have a sadness beneath them, an understanding that while we relearned our love for these moments, so much was lost.

Do you remember those early days of isolation? I was preparing luxurious dinners and reading every night on the patio – a highly romanticized version of my “regular” life. If that phase of my isolation had a soundtrack, it would have been the opening piece of Embarkation, “An Evening with My Beloved.” It is Lady-and-the-Tramp romantic, the kind of music that makes a dining table in a cramped eat-in apartment kitchen cozy. The piano is lush, ripe for slow dancing, and the flute is high, sweet, and innocent. The scene is untouched by the outside world. The next track is just as picturesque. “Children Playing During Quarantine” is playful and wholesome, and on the surface very simple. Couldn’t be a better time for Valentino to surprise listeners with percussive extended flute technique, or Miranda to follow with a syncopated left hand, and both return to the idyllic picture of youth.

The third track finally shows the darker feelings to our global condition. On Valentino’s website, he says this piece “aims to musically and sonically encompass the meta-experience of the collective human race.” This title track is also accompanied with a “synesthesia-like visualizer” on Valentino’s YouTube channel. I consider this the most interesting part of the entire project, and the greatest testament to the time it is trying to encapsulate: this performance was meant to live online while not seeking to replace live performance, creating something new entirely. Immediately it begins with urgency and a powerful piano underlying lyrical and emotional flute lines. The tone of the piece only shifts slightly, maintaining a meditative effect. In the video, the piano is represented by the blurred colors and smoke and clouds in the background, and the flute is the furiously dancing, soaring, and sparkling bodies of light journeying through. There are sometimes multiple celestial bodies in loose orbit, other times there is just one bouncing about the screen; but always, they are accompanied by smaller, ever-present lights in the background and foreground of the screen. They are never truly alone.

The next two tracks are the more serious centerpieces of the project. “Confiding in Family and Friends (Conversastions via Zoom)” emulates virtual conversation with Derris Lee on marimba and Dr. José Leonardo Leon on bass trombone – each line not being quite done when someone else begins, much like Zoom lag forever changing our conversation etiquette. The album moves smoothly into “Overcoming the Pandemic,” which voices our collective quarantine worries in the style of 20th century atonal music.

The sixth track is a tribute to South American folk music. “Variations of ‘Alfonsina y El Mar’” was arranged by Vladimir Suarez and Valentino for this album, and is as hauntingly beautiful as the traditional versions of the song. The original song was popularized by Mercedes Sosa, and the album it appeared on made her an iconic performer of Argentinian folk stories. It is named for the poet and feminist Alfonsina Storni, recollecting her artistry and tragic suicide in 1938. It has been performed widely in Latin America, each musician adding a bit of their own take on Alfonsina’s heartbreak in her short life. It is a heart-wrenching addition to this highly emotional project.

Lyrics translated from castellano: “You’re going away, Alfonsina / Along with you loneliness / What kind of new poems did you go looking for?”

In the next act of the album, the scales shift from destitute back to hopeful. The seventh track, “The Search for Hope and Direction,” is a test of endurance for the alto flute. This piece is Valentino’s time to shine, with a whirlwind of colors and virtuosity explored in a short five minutes.

Miranda gets his turn at soulful performance in the eighth track, “Feelings of Seclusion.” Despite the title, the tone is uplifting and optimistic, enjoying our time alone despite our longing. Miranda’s playing is cinematic and bittersweet.

I am trying to take the return to major key in the ninth track as more than empty optimism (we’ve all grown pessimistic, surely it’s not just me). “Soñando con un Mejor Futuro” (translated: “dreaming of a better future”) is a short interlude that wants so desperately to circle back to the romance of “An Evening with My Beloved,” but is a tritone away.

The tenth and final track is a more solemn romance. The flute spends much of the time lower than in the opening track, and the piano joins in the gestures more. It calls back themes from early tracks, remembering the early season of our collective isolation (think banana bread and Tiger King). “Returning to a New Normal” closes out the album perhaps not joyously, but with hope and determination.

I will not praise musicians for “persevering” through the last fifteen months. It isn’t a requirement to create during a pandemic, but boy am I glad some of us are. And that’s the wonderful part of this album: it never glorifies perseverance, but treats it as a necessary part of life. Of course you persevered – you’re here