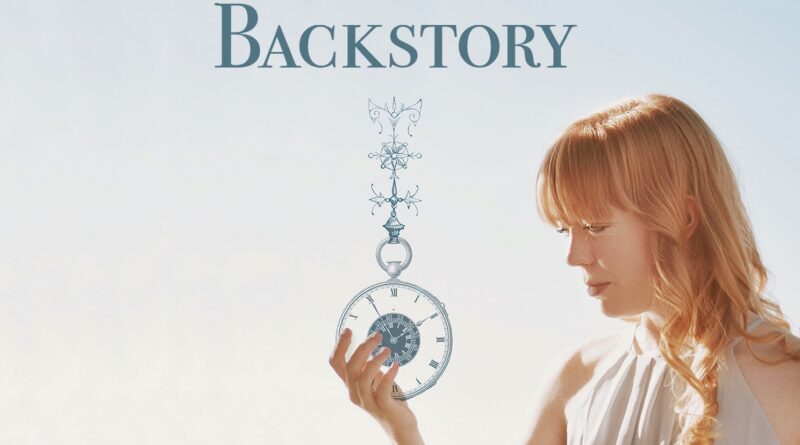 Dr. Kelly Catlin has established herself as an innovative flutist, composer, and teacher with an entrepreneurial mind.

Backstory, an album for flute and electronics, was written and recorded by flutist and composer, Kelly Catlin. This album showcases Catlin’s talent not only as a composer, but also as a flutist. Whether you are looking to explore new works for flute and fixed media, or are wanting to listen to beautiful, programmatic music as you sip your morning coffee or walk through the park, this album is a must-listen.

The first track on the album, Atmosphere, brilliantly embodies the soundscape of an early morning run through the woods. The track opens with the sounds of deep, measured breaths that are looped through the entirety of the piece, creating a meditative trance for the listener. When the flute enters, listeners are graced with Catlin’s beautifully rich tone that sings through the lower tessitura of the instrument. This opening melody seems to lay the groundwork for what is to come. As each new phrase appears within the work, a certain homage is paid to the opening flute melody. Catlin brilliantly embellishes the first flute loop throughout the next four minutes of the work by adding flourishing runs, syncopated rhythms, and exploring the different octaves of the instrument. Each phrase becomes a new loop that is layered throughout the piece, creating an arc of textural sound waves.

Memory is the second track on the album, and is a suite in four movements: Backyard, Shore, Backstage, and Marketplace. Written for flute quartet and fixed media, each movement represents a childhood memory for the four flutists in which this piece was written for. This suite created a personal sense of nostalgia for me as I was reminded of my summers playing with the neighborhood kids in my backyard and an annual Christmas tradition of seeing The Nutcracker ballet with my family. In using fixed media, Catlin was able to help encapsulate the emotional element to each individual movement by incorporating sound samples that assist in the retelling of each childhood memory. For any flute quartet wanting to explore performing with fixed media, this is surely a piece to consider.

The Clocksmith opens with the famous Westminster Chimes melody in the fixed track. As the flute enters, Catlin portrays the percussive tinkering’s of a clock smith through exquisite staccato articulation that is both resonant and percussive, while impressively dancing through several octaves of the instrument. The second character in this track is related to the clock itself, with beautiful long melodies that ring throughout, shaped with shimmering vibrato. As the piece continues, Catlin skillfully captures both characters and the relationship to one another. When listening to this track, I have a hard time deciphering which is more admirable.

Whether it is Catlin’s sonorous tone that shimmers throughout each register, her carefully and well-crafted vibrato that brings the clock chimes to life, or her ability to articulate and jump through the extreme registers of the instrument, all while maintaining the resonant strike of a percussive mallet, her music embraces us and provides an ephemeral landscape.

In the Forest was inspired by an Off-off Broadway production that Catlin had previously worked on in 2018. The track utilizes three narrations of script excerpts from the production. After the first narration, the flute melody tells a beautifully mystic story that instantly brings to mind The Shire from Lord of the Rings. As the piece continues, musical moments remind me of what I’ve heard previously from Atmosphere and The Clocksmith, relating to beautifully shaped, sonorous melodies and quickly articulated passages dancing through different octaves of the flute. After the third narration, the piece comes to a climax where Catlin powerfully sings over the recorded orchestra in the third and fourth octave of the flute, creating my favorite moment of the album thus far.

The final track of the album, Lilac and Snapdragon, effectively ends the album with a backing track that is audibly similar to the breathing loop in Atmosphere. Catlin showcases her talents as she flourishes through various technical runs in between soaring melodies in this fun and upbeat track. Inspired by the lifecycle of the two flowers in the title, this piece is cyclical in nature, creating the perfect ending to the album.