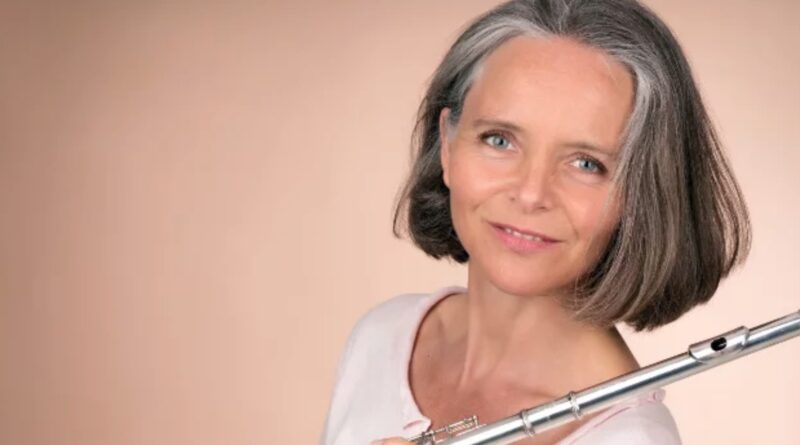 Nicola Woodward studied jointly flute and piano at the royal College of Music and won exhibition scholarships on both instruments. She also won the Eve Kisch flute prize and several other prizes for all-round musicianship. She have given recitals at the Wigmore Hall and Purcell Room (as winner of the Park Lane Group Competition) and live on Classic FM.

If you haven’t heard of French composer Charles Koechlin (1867 – 1950) before now, you are forgiven. His prolific output of over 200 works was meticulously detailed, though largely under-appreciated in his lifetime. He was the eccentric advocate of new musical styles to represent the turn of the century, a lover of nature and literature, and a pantheist spiritualist – all characteristics that made their way into his music.

If you haven’t heard of French composer Charles Koechlin’s ambitious collection of 96 short pieces for unaccompanied flute, you are Nicola Woodward’s target audience. This gargantuan recording project spans three albums and includes over three hours of solo flute music. Each disc has 32 tracks each, some as short as 40 seconds, but never exceeding 5 minutes. This review covers the first two discs in the collection.

Flutists who love the Impressionist and cinematic flair of Debussy’s Syrinx will celebrate this collection. Koechlin’s Chants de Nectaire is also based in literature that explores both morality and spirituality through an atheist lens. Nectaire is a character by Anatole France in his 1914 novel La Revolte des Anges, where angels come to earth disguised as humans and plot to overthrow God to put Satan on the throne. Nectaire was a member of the original coup that resulted in Lucifer’s banishment from Heaven, and now lives as a simple gardener amongst humans. He witnessed the rise of man, and he with his fellow Comrades (the other fallen angels, the demons) taught humans to hunt, to farm, to organize societies, and to appreciate beauty. They watched war and famine, greed and prosperity, but the most trying was Nectaire’s time in Paris during the French Revolution. Recounting these experiences, Nectaire plays a simple wooden flute for his guest. The remarkably poetic description of Nectaire’s music inspired Koechlin:

“Nectaire raised his flute to his lips; a simple wooden pipe that he could have made himself. He began to play – strange phrases at first, then rich melodies over which trills shone like diamonds and pearls on velvet. Wielded by dextrous fingers and filled with the breath of creation the rustic pipe resonated like a silver flute. One could hear all at once the nightingales, the muses, all of nature and all of mankind. The music spoke of Love, Fear, Vain Quarrels, Victorious Laughter, the Tranquil Clarity of Intelligence, and the Spirit Arrows that pierce the monsters of Ignorance and Hatred. He also told of Joy and Sorrow bending their twin heads over the earth and of the Desire that creates Worlds.

….And as the pure, clear sounds sprang into the enchanted air, the earth became a soft cloud, the Great Bear broke apart and his limbs were scattered, Orion’s belt split. By its incantations, in one short instant, the magic flute condensed the life and movements of the universe, seemingly unalterable to men and angels.”

These words, interpreted by Koechlin into music, are wonderfully interpreted into a third iteration by Woodward’s performance. Koechlin, a man of the earth, treated the flute as a regular occurrence in nature: at times sparkling through the trees, and others hanging as a low fog just above the ground. His composition often imitates the human voice, but is never conversational. This entire collection is introspective, and Woodward brings amazing colors to the monologue.

The very first track of the first disc is completely mesmerizing. There is a cavernous quality to the sound, a reverb uninterrupted by vibrato.

This philosophy was continued by Crumb and his contemporaries decades later: to emulate the flute as it would have existed in nature. Every track after brought out new characters from the flute, some shimmering, some ethereal, some so organic it sounds other-worldly. I was hooked. While it’s true that listening to the entire collection in one sitting would be a massive undertaking itself, the small and diverse works are addicting – I was regularly coming back for more.

It’s hard to believe that no two pieces are alike in this entire collection. While many deal with the same thematic material, Woodward is sensitive to the subtle differences of each of Nectaire’s stories. While listening, I found myself just as immersed in the multi-layered influences of Koechlin as I imagine Woodward was when she first learned of these pieces over 25 years ago. Her love for Koechlin and his work is contagious, distilled and packaged into this ambitious collection.

--CD Review by Laken Emmerson for The Flute View Magazine