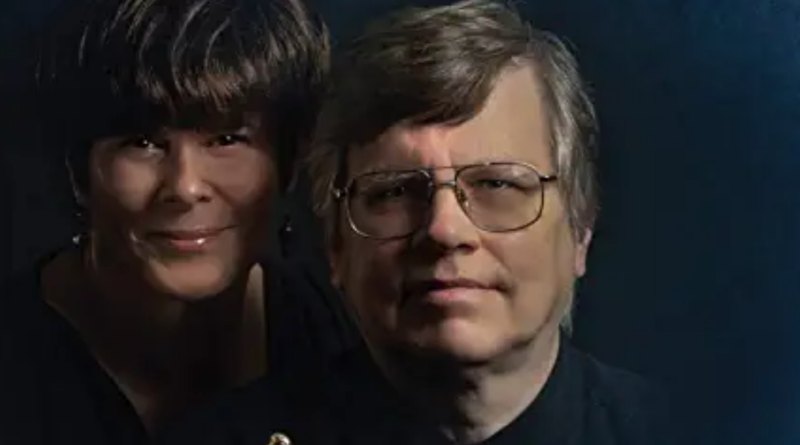 From the first few notes of Un-Known: Duos for Flute and Piano (Little Engine Music, March 2020), it is evident that flutist Linda Bento-Rei and pianist Vytas J. Baksys derive great joy from their music. Bento-Rei has selected works that are meaningful to her personally, and her love of each shows throughout. Baksys, in his precise and sensitive playing, matches Bento-Rei in emotional commitment, and engineer Antonio Oliart, also with a flute background, has done a solid job in the mix and production. The album is unpretentious and personal: the liner notes are scattered with pictures of the rehearsal and recording process, which brings an authentic and playful quality to the project.

Inspired by jazz and Latin music and reminiscent of Claude Bolling’s genre crossing, Andy Scott’s Salt of the Earth is a fun opener that sets the tone for the rest of the album. Adapted from Scott’s Concerto for Tuba and Brass Band, this version includes double bass, here played with spirit by Robert Nieske, also a composer whose sonata is included on the album.

Scott’s music features later on in the album with Three-Letter Word and And Everything is Still. Three-Letter Word is dedicated to Swedish composer and pianist Esbjörn Svensson, who was tragically killed in a 2008 driving accident—“RIP” being one of the three-letter words to which the title alludes. Dramatic from the opening notes, the frequent shifts in texture keep the music engaging. Baksys in particular plays with an abundance of energy and a delicate touch, whichever the moment requires. And Everything Is Still, inspired by Lemn Sissay’s poem “Everything is Still” from the children’s book The Emperor’s Watchmaker, is a gentle lullaby in which the lyrical flute line blends beautifully into the piano’s darker texture. Bento-Rei plays with a delicate sound that suits the piece well, and the last note is especially lovely.

Robert Starer’s Yizkor and Anima Aeterna is a two-movement work referring to the ritual Jewish prayers to honor the dead (Yizkor) and the Christian concept of eternal soul (Anima Aeterna). Starer, born in Vienna and expelled in 1938 because he was Jewish, moved first to Palestine and then to the United States. In light of his experiences, this piece takes on a more somber quality. The first movement features chant-like melodies alternating between flute and piano. Bento-Rei maintains a light low register throughout the movement, and while this works nicely for certain passages, others would have benefited from greater tonal contrast. Anima Aeterna, the celebratory second movement, plays into the strength of the duo, which is their coordination and ensemble.

Providing a change of pace is Geraldine Green’s Nocturne, originally an Irish Air that Green wrote for penny whistle and later expanded to flute and piano. The piece begins with a melody for unaccompanied flute, beautiful in its simplicity, that sets up a powerful moment when the piano finally enters and expands into a lush soundscape. The performance is a good contrast to some of the heavier works on the album.

Robert Nieske’s Sonata for Flute and Piano is adapted from his earlier sonata for violin and piano. The muffled quality of the flute in the first few minutes improves in the second movement’s jazz drumming-inspired ostinato. The third movement opens with a wash of sound from the piano and develops into a coda that is Copland-esque in its openness. The final movement is pointillistic, also relying on rhythmic patterns as the driving force.

Closing out the album is Blaž Pucihar’s Rituals, a joyous work inspired by Solvenian folk songs that showcases the players’ musicality and tight ensemble.

In the liner notes, the composer describes the story he has imagined for the piece and encourages performers to develop their own concept. Consisting of a variety of episodic sections, the piece would be engaging even without the additional narrative.

It is always nice to see programs featuring mostly living composers, although the selections featured on Un-Known as a whole do not reflect the rich diversity of contemporary new music creators—something Bento-Rei may want to consider for the future. Un-Known was recorded in March 2020, so unlike most music produced this year under pandemic-related restrictions, everyone would have been in the same room together. Just the simple fact of in-person collaboration is noticeable and provides a welcome reminder of the joys of playing together in real time.