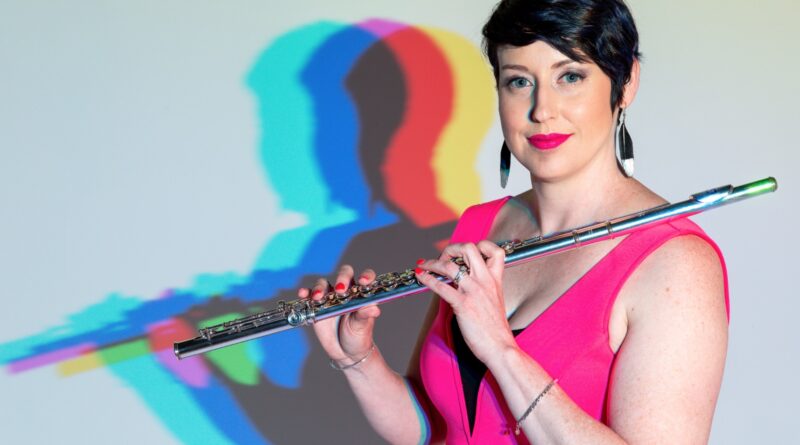 You already play in an orchestra, why did you decide to take an audition?

I took an audition in August for several reasons which included, in no order of importance, that my orchestra is auditioning the same seat later this season, that the job was of interest, and that complacency isn’t a particularly useful state for musicians. I typically take 1 or 2 auditions per season when opportunities present themselves, because I’m still learning, pushing myself, and open to the next professional adventure. As Wayne Gretzky said, “you miss 100% of the shots you don’t take”, so, if there’s an open position that’s appealing, the only surefire way to lose that audition is not to take it! Soon, I’ll be on the other side of the curtain for my orchestra’s same position, so preparing for this particular audition was useful in studying a typical repertoire list and cultivating a positive audition experience for those who would like to be my new section-mate.

How did you prepare?

My audition practice regime was instilled by my teacher, Robert Langevin, who recommended dividing an audition repertoire list into two halves, roughly including the same number of excerpts with similar composers and challenges (technique, articulation, breath control, intonation, auxiliary instruments, etc.) on each. Something particularly challenging (like Prokofiev’s Classical Symphony, for example) might go on both lists! Rotate the lists in your practicing every other day, with a set amount of time for the work. I typically address 3 excerpts in depth per hour, with an additional 20 - 30 minutes for the concerto, per day during audition preparation, and use the seventh day of the week for running mock rounds, recording and listening back, and listening and score study work.

Did it feel differently to practice the excerpts as opposed to when you were in your 20’s?

Practicing excerpts is a joy at 42-years-old with 14+ years of professional orchestral experience! When I first began auditioning in my collegiate days, I struggled to simply learn the large repertoire lists of new-to-me material and to perform it on demand in this new, intimidating, and sterile environment of auditions. Now having mastered the excerpts and performed nearly all of them with orchestra, these passages are old friends, whose musical conversations throughout the orchestra ring in my inner ear, enriching interpretation beyond the passing virtuosic flashes of my younger years. I also no longer feel alone when I walk onto a stage for an audition, because I can hear all of my colleagues playing along with me in my head!

How did you feel the day of your performance?

On audition day, I went for a morning run and got in a good warm-up before heading to the audition site so that I would feel my best. Auditioning feels even less personal during the pandemic when unable to greet administrators and fellow auditionees with a big smile, but eye contact and kind words are always appreciated and make you feel good, too! I felt centered in the warm-up room, including a short cycle of seated constructive rest from the Alexander Technique practice before heading to the stage for the audition. I played solidly, and felt good about my performance. Personally, my biggest challenge during an audition is staying mentally focused. Auditions can mimic fight or flight sensations, which, for me, equates to heightened awareness of thoughts and surroundings, pulling focus from actually performing music! Calming activities like constructive rest, meditation, or any centering practice done regularly can be very helpful to deflect these sensations in audition settings.

I had a bad bout of food poisoning the day before my August audition. (0/10 do not recommend!) When traveling for performances or auditions, I typically take all of my own food with me to avoid just such a scenario, but an ill-fated restaurant meal caught me off-guard. Just as for runners, the adage “don’t try anything new on race day” applies equally to auditioning musicians, and I didn’t heed my own advice. I definitely won’t make that mistake again, as the illness had a decided effect on my energy levels for the audition day.

What did you learn from the experience?

For this audition, I tried something new to me suggested by good friend and colleague Erin Helgeson Torres: sitting for the audition. I loved it, and I’ll be sitting for all future auditions! So much about the audition process is divorced from and unlike the experience of actually doing the job of an orchestral musician, so this simple, physical reminder of how it feels to sit on stage and perform these passages in the orchestra made a huge impact on my focus and mental comfort. Additionally, breath control, which can feel quite different standing or sitting, felt identical to the experience of playing those excerpts on the job, and my visualization of the full orchestra and conductor was enhanced.

What advice might you have for others who are over 30 and wanting to revisit taking an audition?

Get out there! Auditioning is often perceived as a young-person’s game, and there’s a good reason: auditioning while working full time and balancing varying responsibilities of family and home becomes more challenging with each passing year. I admittedly longed for the days of unfettered practice time enjoyed during my early career years while preparing for this audition, but the experience gained through additional years of honing the craft and professional experience is invaluable to the interpretation and execution of old-favorite orchestral excerpts. As an educator and as an audition committee member, the lessons learned from auditioning also has a direct positive effect on our students and the auditionees for our organizations. Putting our feet into those shoes is the best way to communicate effective musical and mental preparation techniques to our pupils and improve the audition experience for others. Dust off your excerpts, and I’ll hope to see you at the next audition!