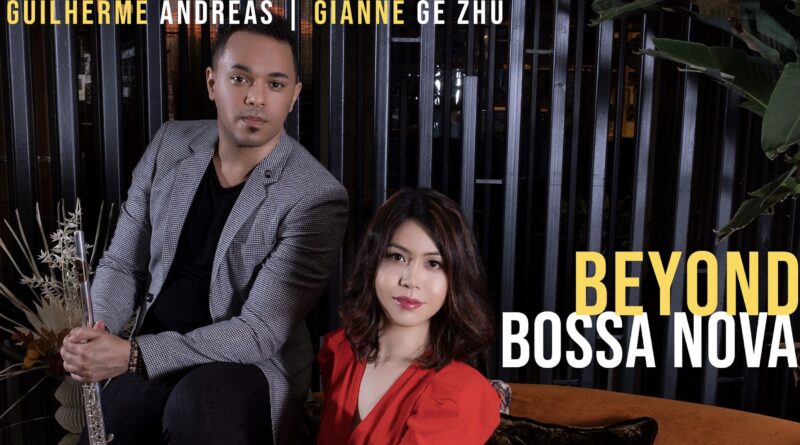 Guilherme Andreas is a classical flutist, educator, singer, music director-arranger and Bubble tea lover.  At age 22, he won the principal flute position with the Brazilian Marines Wind Symphony in Rio de Janeiro – his first professional music job, where he performed throughout South America. Andreas is currently based in New York, where he dedicates his time to teaching, and to discovering lesser-known composers whose music expresses extreme ranges of emotions and demands tremendous virtuosity.

Born in Jiangsu, China, Gianne Ge Zhu began her study of piano at age five. As an active pianist, Dr. Zhu has performed solo in the U.S., China, Germany, Italy, Spain and Malta. Dr. Zhu holds her doctoral degree from James Madison University, Master of Music Degrees in Piano Performance, Piano Pedagogy and Music Theory Pedagogy, along with a Bachelor of Music Degree from Peabody Conservatory.

Beyond Bossa Nova tells the story of romantic classical music from Brazil through the voices of composers of all races, genders, and orientations. Each composer was deeply influenced by composers from the Western European classical music tradition that was established by Johannes Brahms, Richard Wagner and Caesar Franck.

Beyond Bossa Nova is the result of my devotion to Brazilian classical music, and the hope that classical musical audiences, and all audiences in fact, become more aware of this music from Brazil. This CD presents repertoire that is unfamiliar to people even in my own country, so this recording is my offering not only to the world, but also to my fellow Brazilians.

Where did you get your Inspiration?

My fascination for Brazilian classical music started when I was a child and influenced by my father, I’d spend hours and hours listening to his box of recordings of Choros and Bachianas by Villa lobos. My father was especially protective of his CDs and LPs, so I’d listen to them privately, when he wasn't around.

Fun facts about the project?

A fun thing about this project is that both Gianne and I went to JMU and Peabody but not at the same time, we literally overlapped schools - while I was at JMU, she was at Peabody and vice versa. We met during my last year at JMU, and I invited her to perform with me at Duke University, as part of my engagement there to be a keynote speaker at their Conference on Brazil. We have been performing often together ever since.