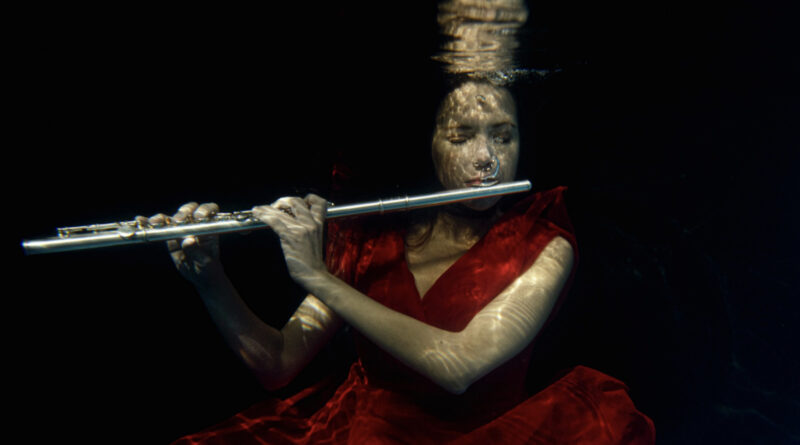 How did the CD project come about?

It all started with winning the Grand Prix at The 27th World Music Competition in 2019. I joined the competition last minute as I had a concert in Barcelona in between rounds and I wasn’t sure I could make it. As first round was online, I had no problem there, but when I was called to attend the semifinals, the date was the same as my concert. Luckily there were two days for the semifinals and the organization kindly changed my performance. So, after playing a concert at La Pedrera in Barcelona at the Bachcelona Festival, I slept 4 hours and drove another 3 to arrive in place just in time to play for the semifinals (that year the semifinal and final were in Spain, luck or coincidence). Maybe because of the stress of arriving on place in time, the emotions from the previous night’s concert,  what happened is that I played calmly that round, and when results were announced I was one of the finalists! I had to play Mozart G Major concerto next day with orchestra. After winning the Grand Prix I decided that would be the last competition I would attend. On February 2020 I was called by the organisation offering me the possibility of recording a CD as prize winner of the competition.

What was the inspiration that brought forth the recording?

Recording and producing an album in the middle of the pandemic was a roll-coaster, there were some times I even considered giving up on the project. Just to say, we are talking about a CD recorded in September 2020 which finally saw the light on May 2022, imagine how many things happened in between. But I never gave hope, every time there was a problem I was determined to solve it, regardless the hours I had to work on it. My parents and close friends were also a big support to keep believing in the project, specially when I almost lost all hope.

Who were your collaborators?

I was so excited when pianist Albert Guinovart accepted my request to record the album together. He is one of the most accomplished musicians of my country, and the fact that he is equally a great pianist and a great composer makes him play in a very unique way. I remember years ago, he played Beethoven’s Emperor Concerto and a work of his own with my former orchestra. At the end of the concert I asked him if I could take a picture with him and he agreed and said “you’re the flute player right? We were together on our passages, thank you”. I will never forget his kindness that day. Furthermore, as soon as we started rehearsing the program for the album we found that it was very easy to work together as we understood the music in a very similar way. He was amazing showing me the works from a composer point of view, talking about harmony, voices and directions, which indeed made an impact in my playing.

Another key person in this project was Boris Perrenoud, conductor and director of The World Music Competition. He accompanied us during the recording at Bank Austria Salon in Vienna and was the best producer we could ask for (I will always remember finishing a take out of breath and his voice over the speaker “Wonderful Mrs. Franch, but we need to repeat it). Although Albert and I were very strict during the process, Perrenoud’s hearing made the difference in the final result.

This CD wouldn’t have been the same without all the Visual Art of Igor Cortadellas and his team from Igor Studio. I already had a blast with them when we did Gypsy Airs (Solfa Recordings) back in 2015, but this time was really an idea at another level: a flutist underwater?? I still remember when they told me the idea of shooting underwater and I had my doubts, but I truly trusted them and the result was beyond my expectations.

Spanish composer Jorge Grundman also offered his help during the production of the album, helping me in the editing and listening to all the material.

Finally, I had a great support from my agency, Seed Music Artistic Services, who started representing me when the project was going through a delicate moment. Thanks to them we were able to finish it and they arranged this wonderful tour in Spain presenting it in Sant Cugat, Barcelona and Madrid, as well as several radio and tv interviews. I must say I am very happy with them as they’re very professional and hard workers. And I am glad to be with them in this special moment of my career right now.

It was recorded in only two mornings! At the end of the first morning I was worried thinking we wouldn’t make it on time. That afternoon we went out for a walk with Albert around Vienna discussing the order to record on the next day. Again, I was lucky he is a pro, I am sure with another pianist we wouldn’t have made it, the piano parts of Grieg and Franck are so complex and difficult. He was also very calm during all the recording, encouraging me to play at my best and telling me we were capable to finish it on time.

The last track, Aimer, we think of it as the bonus track of the Album. Since we only had two mornings to record the entire album, we feared we wouldn’t have enough time, so we decided to record Aimer at the end in case we had no time. At the end of the second day, we had twelve minutes left, so we were able to record it and include it in the album. I also think is a beautiful way to close all the intensity from the previous tracks. Also it helps to make sense to the Album’s title since it’s another work by César Franck.

The album is announced as a celebration of Franck’s 200 birthday, but the true is I didn’t think it as the album was expected to be released end of 2020/beginning 2021, yet the delay was worth it.

Franck’s Sonata is one of my favourite works. I intended to record it on my first album, Gypsy Airs, but I saw I was not ready for it yet, not in terms of technique, but in terms of maturity, power and deepness in the music. When I knew there would be a second album, I instantly thought of the Sonata and decided it would be the main work of the album. Yet, why not Franch plays Grieg or Franch plays Saint-Saëns? To be logical I had to found another piece from the composer to give credit to the album’s title. That’s how I ended founding this beautiful piece, Aimer, for voice and piano, which was the perfect ending. It also matched perfectly the spirit of the other pieces: Love. César Franck wrote the Sonata as a wedding gift to violinist Eugène Ysaÿe, Grieg composed the second sonata at 24 just after getting married and Saint-Saëns dedicated the Introduction et Rondo Capriccioso to Pablo de Sarasate, another form of showing affection.

Distributed by SONY!! Congratulations!! How did this come about?

Thank you, I still can’t believe it! I always believe when a door closes, a window opens. As I said before, 2021 ended bad but 2022 started worse. I was going through a difficult time professionally and personally: the CD was being delayed for several problems, I did some auditions abroad with good results but never getting the job, and I did other auditions in my country where I wouldn’t go further than first round even if I used to play in that orchestra in several occasions, which hurts, to be honest. I was feeling I had been working so hard for many years and yet I didn’t find my place. And then I got this chance to submit the Master to some filters from Sony Classical Spain, who listened to it. And then I received this call from Miotta&Molière, an agency in Spain, saying “Elisabet? Congratulations, Sony Classical is interested in publishing your Album, we have two months to prepare everything”. Those two months were nerve-wracking as we had to do all the art graphic, booklet, teaser, as well as preparing all the presentations after the release. Again, I was so lucky to have a wonderful team with Seed Music Artistic Services and Miotta&Molière working together while I was shooting or doing other concerts.

César Franck, Sonata in A Major