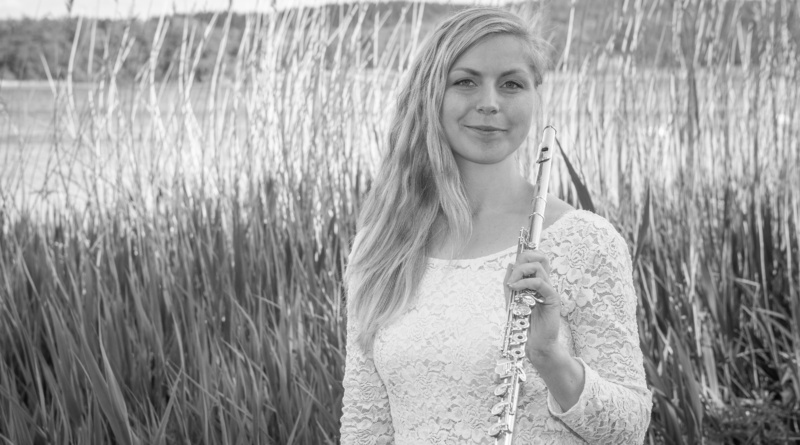 Marie Sønderskov is a Danish flutist and composer expanding the boundaries of traditional flute music. Primarily working in contemporary music, she mixes genre, tradition, and the human voice to enrich the possibilities of expression. Her compositions include solo pieces as well as music for flute ensemble.

Requiem for Dying Species is a collection of musical stories about four threatened species, all suffering from circumstances caused by human behaviour including ranching, poaching, by-catch, bushfires, and climate change.

The stories are told through soundscapes and interpretations of traditional music and animal sounds created with extended techniques and played on four different flutes.

Spix’s macaw is performed on the wooden traverso flute and is inspired by the wildlife of the Brazilian tropical forest and the flutter of birds' wings.

Spix's macaw was officially declared extinct in 2019 and can no longer be found in its native tropical forest habitat of Caatinga, Brazil, which is continually threatened by industrial and agricultural development and widespread desertification linked to climate change.  Recently, however, a team of devoted conservationists bred Spix’s macaws in Germany and brought them back to their native habitat, hoping that they will survive in the wilderness.

White Rhino is played on the C-flute and alludes to African drumming, dancing, and singing, punctuated by rhino stomps and grunts.

There are two Northern White Rhinos left in the world, Fatu and Nadjin. They grew up in captivity in the Czech Republic but now live a guarded life in their native habitat in Kenya. The Rhino population was decimated by poaching, driven by a huge demand on the black market for rhino horns.

The last male, Sudan, died in 2018 and the survival of the northern white rhino depends on the ingenuity of scientists using experimental fertilization techniques. Using embryos from Fatu’s eggs and sperm from the Black Rhino, a surrogate rhino will carry the pregnancy to term as Najin and Fatu are too old for the process.

Vaquita Porpoise follows the playful underwater animal and its cry for survival in the glittering Mexican Gulf with the deep and mellow sound of the alto flute.

In the spring of 2022, the population of the vaquita porpoise was down to 10 individuals living in the Mexican Gulf of California. Many have drowned from entanglement in gillnets which are used in illegal fishing for toboaba, a large fish whose swim-bladder is used in traditional Chinese medicine and sold at extravagant prices.

There are many initiatives to save the vaquita porpoise and hope for their survival is still alive if they can escape the gillnets.

Koala draws on the didgeridoo and recalls the bushfires of Australia, with the deep voice of the bass flute imitating the unexpected yet charming throaty growl of the koala.

The Australian koala faces many dangers. Bushfires, inability to adapt to climate change, road kills, dog kills, and chlamydia have killed half the koala population in the last 20 years. Recently research has declared five different koala subspecies extinct and the koala is now listed an endangered species. Their cuteness doesn’t rescue one of Australia's beloved national symbols; further action is needed to save the koala. Notes from the Artist:

This project gave me an opportunity to give endangered species an honorable voice in their fight for survival against human behavior, in both a humorous and serious manner. It also gave me a chance to explore new ways to play flute in order to imitate animal sounds and tell their stories.

I found inspiration in the sounds, physiology and behavior of the animals, as well as cultural traditions and geographical conditions in the areas from which they come.

My first plan was to write “White Rhino” for bass flute and “Koala” for regular flute, until I listened to koala sounds on YouTube, and realized to my amusement that “Koala” needed the bass flute more!

Requiem for Dying Species is composed and performed by Marie Sønderskov with support from Coda Culture.

Recorded at Espressivo Studio by Henrik Winther Hansen and released through Gateway Music on October 7th, 2022

The album is available for streaming and download on multiple platforms.

Scores can be purchased at www.mariesonderskov.com