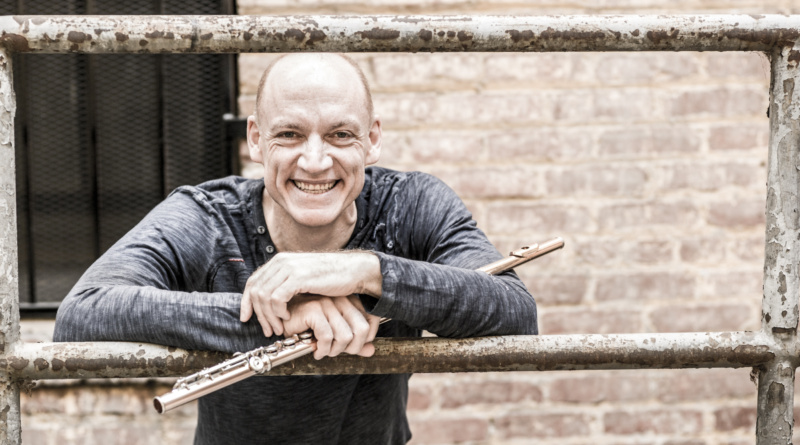 December 2022 Featured Interviews Issues
December 1, 2022December 1, 2022 The Flute View 0 Comments GRAMMY awards, wouter kellerman
Globe-trotting flutist and composer Wouter Kellerman received a GRAMMY® Award for his album, Winds of Samsara, and has just received his fourth GRAMMY® nomination. Kellerman has also been recognized at home, winning eight SAMA’s (the South African equivalent to the American Grammy), reinforcing his status as one of South Africa’s foremost musicians. Delighting audiences with a magnetic alchemy of warmth and technical mastery, Kellerman finds his inspiration in the spaces between cultures and countries, genres and disciplines.
How did the song come about?
I’m constantly working on new material, and for the one new song, I thought that the incredibly rich and emotive voice of Nomcebo Zikode would be perfect. So I reached out to her, and her manager turns out to also be the manager of Zakes Bantwini, who is a DJ and producer in the dance genre. In the end we decided to create something brand new together.
With whom did you record the song?
I composed and recorded the song with two South African artists:
Nomcebo Zikode, who is the South African songbird of the #1 international hit ‘Jerusalema,’ which debuted at #1 on the Billboard Music and Apple Music charts, garnering more than 500 million views on YouTube and more than 300 million streams on Spotify.
Zakes Bantwini is South Africa's 'King of Dance." He was 2021’s most-played artist on South Africa radio, going four times platinum.
Tell us about the theme that brought the song together.
The song is a prayer, asking for peace and for our loads to be lightened, bringing happiness and freedom.
What do you think is the secret to getting nominated for a Grammy?
I think the first step is creating beautiful music that comes from the heart, with a lot of attention to detail and great production. And then, one needs to promote and create awareness around the music so that people are aware of the music. I focused only on the first step for a long time, but the promotional aspect is also critical!
Which flutes did you use in the song?
I use my Nagahara flute and Yamaha fife. The fife and flute combine beautifully in harmony!