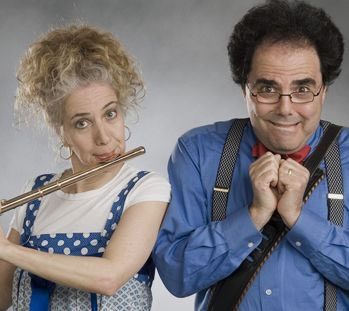 The other day I was struck by how many flutists are also entrepreneurs- and I started wondering, - is it something about the flute?

As far as I know other instruments don’t have flute conferences all over the country, plus a national organization with several thousand members. When I take a look at the list of events on the NFA website I’m amazed at the number of events in each state – and I know everything isn’t listed.

Plus there are so many flute makers – hundreds of booths at the national convention, providing flutes, music and stuff to the thousands of flutists who attend the convention, and they’re at the regional conferences too. Some of the flute makers are venerable established companies, but many are also new start-ups with an idea of how to make flutes sound better, or be easier to play. Or they have created something to make flutes more comfortable, stylish, sexy!!!

Then there are all the educators- building studio’s, academies, hosting and teaching master classes and workshops, workshops teaching wellness or flute making (for example) and using new technologies to reach an ever widening international audience.  And all of the performers--performing recitals, chamber music, new music, new age music, crossover music, children’s music!  The composers writing for flutes-- all kinds of flutes- low flutes, piccolo’s, wooden flutes, Native American flutes, electronic flutes, extended flutes! I’m sure I’ve left something out, but you get the idea.

So, aside from thinking – well--it’s just that we’re amazing and creative, could there be another reason that’s pushing the flute community into expanding into ever more directions?

The music schools have been graduating more flutists into an increasingly limited job market, and many older players have lost their positions and stability so what are they doing to have creative, successful lives?  Instead of giving up and hanging up their flutes, they are, instead, jumping in and creating new markets, expanding the existing market for flute, and out of nothing creating a thriving successful community. There are other reasons as well- the growing health and wellness movement has sparked many an idea, and the use of social media has enabled anyone with a good idea to get the word out without a huge budget (in the beginning). Social media and the internet have made it easy for flutists to communicate with each other so that collaborations become much easier, enabling new businesses to thrive between flutists in different cities or countries. These are all contributing to the expansion of our community. Next month will be The Flute View’s Entrepreneur edition where we will highlight some of the many exciting entrepreneurial projects that are happening worldwide. Over the next few months we will explore this question in greater depth and see what answers we find.