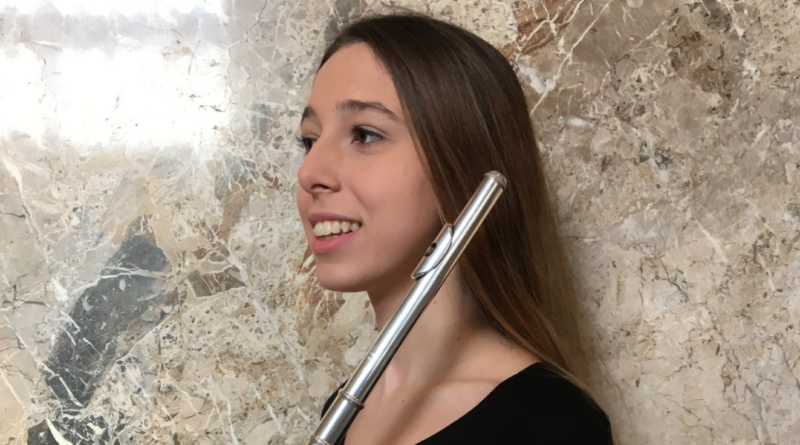 Overcoming impostor syndrome, self-doubt, and negative self-talk seems to be an endless journey for us musicians.  This past semester I have begun the task of trying to correct my mind set and up my mental game.

This fall I had two “ah hah” moments in lessons when I was preparing for my senior recital, grad school auditions, and upcoming masterclass performances.  Every time I made a mistake I took my flute down and grumbled a comment about how that was “really bad”, which ended in my professor pointing out how this negative self-talk is not serving me.  I had never thought twice about this, it had just become second nature.  She proceeded to tell me the way I was treating myself could not continue and likened it to a flagellating monk… This really made me stop and think about all the times I find myself in the practice room and instead of problem solving I just diagnose everything as “bad” and let my perfectionism get the best of me.  This mindset is one of negativity and is incredibly unproductive.

After being cued in to the destructive behaviors I had been participating in, my professor told me the story of “the two wolves”.  There is an old Cherokee story of a grandfather telling his grandson a story about a fight between two wolves.  In short, one wolf is “good” and one wolf is “bad”.  The good wolf is full of positivity, gratitude, and truth.  The bad wolf is comprised of false truths, guilt, and regret.  The grandson asks his grandfather which wolf will win, to which the grandfather replies “whichever wolf you feed”.  In the book, The Champion's Mind by Jim Afremow, the author speaks of “feeding the good wolf”.  As a musician if you are having practice sessions full of negativity, self-doubt, and negative self-talk you are feeding the bad wolf, and continuing down this path will be allowing the bad wolf to win.  Instead you need to always “feed the good wolf”.  Feeding the good wolf can be related to everything we do as musicians.  From practice sessions, to performances, and auditions, you need to never give in to the temptation to feed the bad wolf.

One of the most eye opening times I fed The Bad Wolf was earlier this fall.  I was chosen to perform in a masterclass for one of the world’s most famous flute players, and I was incredibly nervous.  Two days before the class I was in New York City having a lesson with one of my favorite flute teachers.  During this lesson she asked me who else was performing in this class, to which my reply was “I don’t know, but I am sure they are much better than I…  I am sure I am going to be the worst one”.  The scariest part of this comment was that I sincerely meant it.  After saying this I could visibly see the shock fly across my teachers face.  I had not realized how far I had allowed this Impostor Syndrome to go.  Later that night once I was home from my lesson I received a phone call from that very teacher.  She was calling me because she was worried about how hard I was being on myself.  To combat this, she encouraged me to come up with positive affirmations that I could easily remind myself when I felt this negativity seeping in.

All of the experiences this fall have led me to some positive affirmations and reminders that I will share with you here.  The first and easiest one that I remind myself (and all my friends) daily is just simply to “feed the good wolf”.  It is easy, simple, short, and you know exactly what it means.  The second affirmation I have created for myself is one where I remind myself of my worth as a musician.  Before performances I tell myself, “you have worked incredibly hard to be here, you deserve this opportunity, and you are a great flute player”.  Even still to this day this is one that is sometimes hard to make myself believe, but the more you say it the more you will begin to believe it.

As we all continue on this journey of combating Impostor sSyndrome, negativity, and unproductive comparisons, I hope we can all help each other to start feeding The Good Wolf.