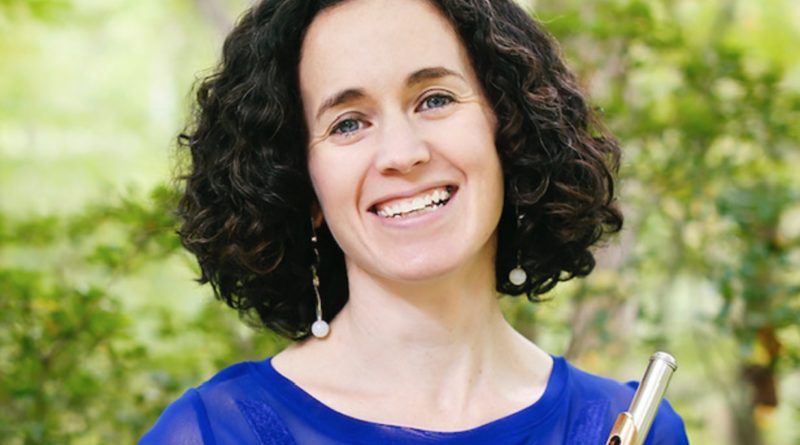 Sarah Frisof is the Associate Professor of Flute at the University of Maryland. A graduate of Eastman, Juilliard, and the University of Michigan, she was a semi-finalist in the 2009 Kobe International Flute Competition and Second Prize winner of the National Flute Association Young Artist Competition. In addition to her role as Principal Flute of the Dallas Winds, Ms. Frisof plays frequently with professional ensembles around the DC metro area including the Baltimore Symphony Orchestra and National Symphony Orchestra.

Beauty Crying Forth, Flute music by women across time.

Sarah Frisof’s newly released album “Beauty Crying Forth” is an exploration of powerful music by woman composer’s from Clara Schumann (1853) to Shulamit Ran (2014).  Frisof, the Associate Professor of Flute at the University of Maryland is a wonderful player, with great, versatile technique, beautiful sound and a keen understanding of contemporary music. She is accompanied beautifully by Daniel Pesca on piano and Hannah Collins on cello in Kaija Saariaho’s Cendres for flute, cello and piano.

The CD is a wonderful survey of music by woman introducing us some excellent music by woman composers.  Take Amy Williams First Lines inspired by first lines of poetry that the composer read at the Bellagio Center in Italy. She was struck by the ability of a strong poem to pull a reader in and thought – how can one do the same with music?  In eleven short movement’s the music tries (and mostly succeeds) in evoking the words of the poems in sound.  Number VI “Shhh, my grandmother is sleeping” (poet Marilyn Chin) where the flute mimics a sleeping, snoring person (and some noise) is wonderful.

Tania Leon’s Alma, is a deeply felt exploration of moods using flute and piano. Here Sarah quickly exchanges the ideas and feelings that the composer presents with virtuosity and clarity. I love the mixture of abstract and Cuban music.

In the Clara Schumann’s Three Romances we hear a full romantic sonata, played with perfect style and ensemble by Frisof and Pesca. And I always love the two short Lili Boulanger pieces and wished she had stayed with us longer.

Saariaho’s, Cendres  for flute, cello and piano an atmospheric, evocative piece is played with deep understanding. The trio uses color, texture and vibrato to uncover the meaning and beauty in this piece, and their pitch is truly outstanding in this difficult piece.

Shulamit Ran’s tour de force Birds of Paradise is brilliantly played by both Frisof and Pesca, the third movement especially played with shimmering technique, ensemble and depth of understanding.

It’s still important to spend time listening to music by woman composers even as progress has been made. Consider that the excellent label Furious Artisans that is dedicated to New American music and that produced this album doesn’t mention a female composer in its mission statement!  So this album is a terrific way to begin (or continue) listening to and learning about music by composers who happen to be woman and to focus attention on their music.