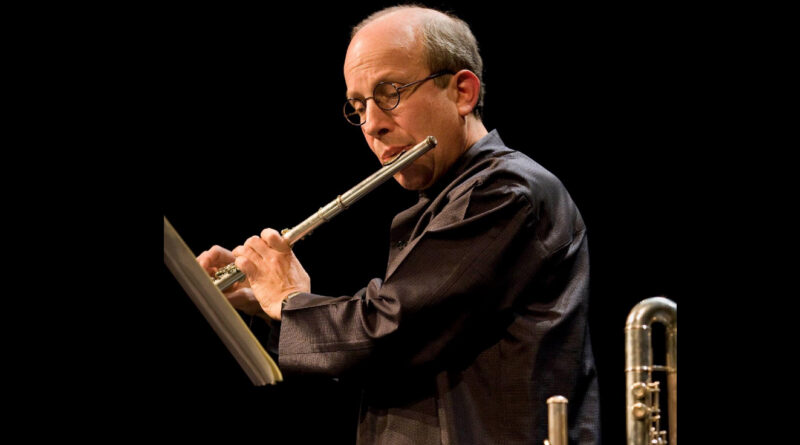 Paul Taub, Professor Emeritus, Music Department (1979-2018), at Cornish College of the Arts in Seattle, Washington, passed of a heart attack on March 13th at 68. He was an established musician, recording artist, educator, writer, and music administrator. As a professional musician, Paul often played as a soloist and in chamber groups and orchestras nationally and internationally. Paul also authored articles featured in The Flutist Quarterly and The Oxford Encyclopedia of Women in World History.  His administrative acumen shepherded organizations such as the National Flute Association, Chamber Music America, Seattle Chamber Players, Town Hall Seattle, and Seattle’s Goodwill Arts Festival.

Throughout his career as a faculty member, Paul taught flute students as well as other classes. He initiated performance opportunities such as engaging professional ensembles for reading and performances of student compositions, coordinating lunchtime concerts throughout the academic year, and serving as coordinator for the classical/new music program for nearly 10 years.

He had performed and recorded American and world premieres by internationally-known composers including Robert Aitken, Henry Brant, John Cage, George Crumb, Janice Giteck, Sofia Gubaidulina, Lou Harrison, Wayne Horvitz, Toshio Hosokawa, Shulamit Ran, Ned Rorem, Toru Takemitsu, Peteris Vasks, Reza Vali and many others. His work in contemporary music has been extensive in American, Soviet/Russian, and international repertoire, with recitals throughout the Southeast and Northwest of United States, New York, Western Canada, Southern France, and at the Leningrad Music Spring Festival in 1991. Paul has toured in Russia four times and has also performed in Greece, France, Estonia, Poland, Ukraine, Costa Rica and at universities and colleges all over the United States and Canada. Paul was a guest of the American Chamber Ensemble in New York in 1997, soloist at the International Harp Congress in Tacoma, Washington in a Takemitsu Memorial Concert in 1996, and featured performer for the New York Flute Club in 1994 and for National Flute Conventions in 1992, 1999, 2002 and 2009. His primary teachers were Samuel Baron, Michel Debost, David Shostac, Marcel Moyse and Robert Aitken.

The Flute View Team extends the deepest sympathy to his wife, Susan, his family, and the countless students, faculty, and staff that Paul touched.