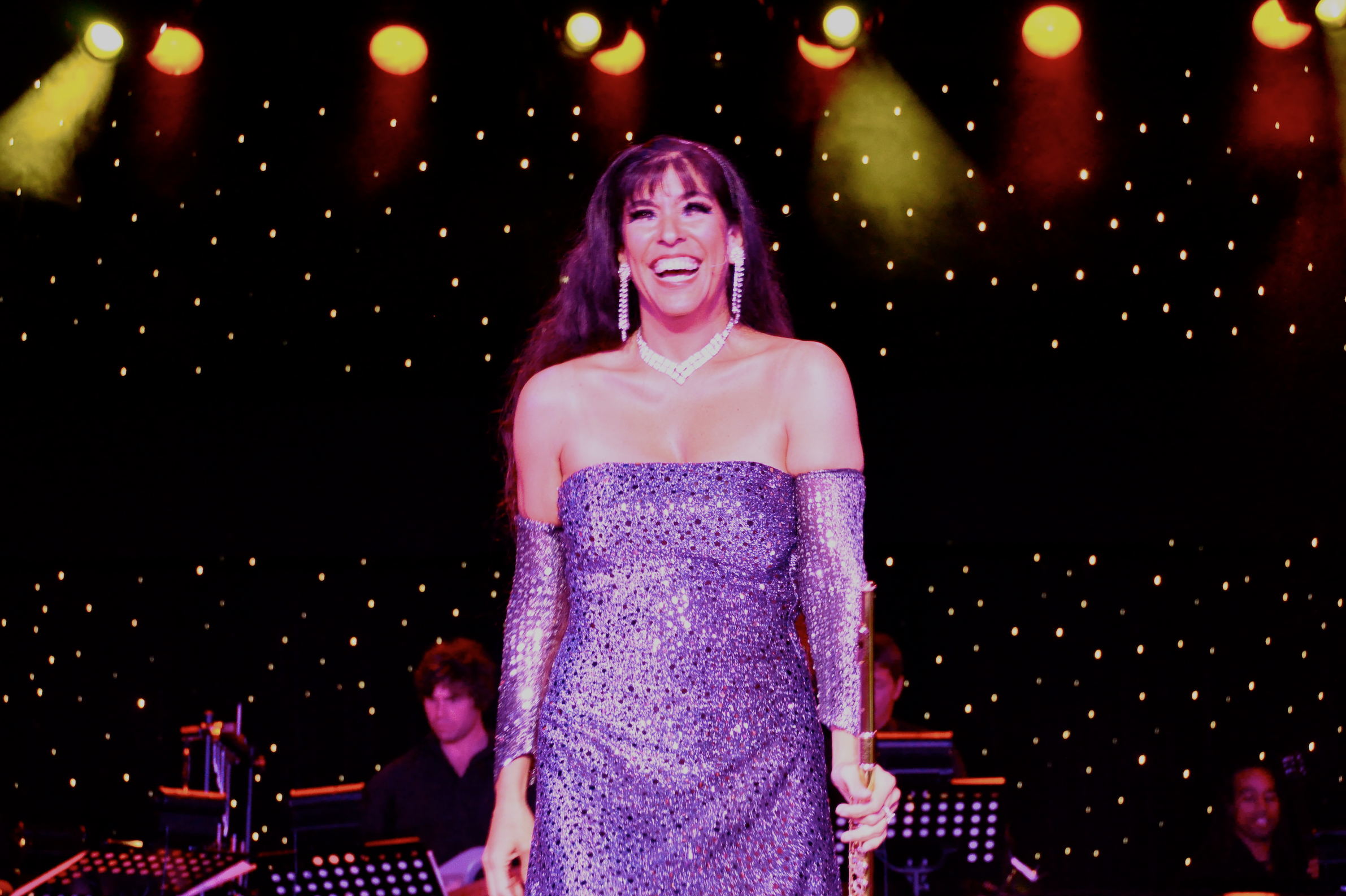 I was born with dislocated hips, with dysplasia, con-genital hip dislocation. I was never supposed to walk. I was the worst case in Chile, so my parents brought me to the States, to Stanford Hospital so that I could undergo better medical treatments. The coolest thing was that if I was flipped over on the hospital gurney where I lived, I was able to play the piano. To this day I say that music healed my life.

The doctors told me that I would never be able to walk. So, at age 6, I joined a swim team. And by the age of 7, I became Champion Swimmer in Butterfly for the state of California. Ever since then, the Butterfly has served as a metaphor for my life. My body casts became my cocoon from which I grew my wings that later enabled me to fly.

In the Tales of King Arthur, Vivian was Merlin’s Mistress, the Lady of the Lake, the bearer of Excalibur. I like to see my life as magical journey and that my flute is my wand, my sword. I have been able to travel and perform on all 7 continents, including Antarctica, after being told that I would never walk. I have learned how to become a Master at Manifesting and I believe everyone has these same capabilities. In fact, I participated in 5 fire walks just to prove to myself that whatever we set our minds to, we can accomplish. Dreams do come true! I learned to to embrace my challenges, and to strive further than what I was initially told I could create in my life.

I spent 3 years performing in Tahiti where I learned about the cultivation of the pearl. The clam creates a pearl when a grain of sand gets introduced inside. Little by little, what is an irritant to the clam, becomes a precious gem for the rest of the world. The pearl also became a metaphor for my life.

I spent my whole childhood in and out of body casts. It would be a year to recover from a surgery. I would have to go from the body cast, to the wheelchair, to the crutches, to the cane, only to have the doctors say, it didn’t work, we have to do it again! So back into the body cast I went! And this is how I spent the first 11 years of my life, life now seems so incredibly easy! After the ball and chain were taken off, it really makes life’s challenges seem like a piece of cake!

Every step I take is so full of gratitude! Every minute of the day without pain is an absolute miracle! I feel so full of joy and blessings that I just want to sprinkle the world with some of this magic.

I have spent my whole life limping and in ridiculous pain. It has only been since 2008, 7 years, since my second total hip replacement, 11 surgeries later, that I am finally pain free and limp free.

Having to relearn how to walk each time, taught me the value of doing a little bit every day. I learned discipline. My threshold of pain is so much greater than most people’s. This is a normal person’s threshold of pain. And this is my threshold of pain. I am able to withstand much more than the “normal” person out there. When everyone quits, I just keep on going, like a little energizer bunny. People ask me, “how do you do it all?” I respond, I grew up in a body cast. Now everything is easy!

I believe that it is because I was so restricted as a child, that now I have this obsession to to see the world. I am so thankful to have spent my early years this way. Because it hadn’t happened, it wouldn’t have propelled me to live with all this passion and determination. In hindsight, now I see this all as a blessing in disguise. In fact, it has become the motto for my life, I strive “to shed light where darkness prevails”.

The doctors called my condition a “disability”, but I choose to call it an "opportunity" as I was born in a unique way that became the catalyst for me to want to perform and travel the world. It was through this special way of being born that I discovered my music. I’ve been given a platform with which to share my talents. I was born with an opportunity to inspire and empower others through my music.  I was so restricted for so long that now I just want to fly and tour the globe.

I travel the world, combating my challenges using Sincerity, Love, and Kindness, using my Flute, my Magic Wand and my smile as my only weapons.

I encourage everyone to embrace their challenges. Because it is in the body cast cocoon, or within life’s greatest difficulties, where you’ll see like the butterfly 1) it will transform you, 2) you will gain the greatest pearls of infinite wisdom. 3) you will be able to sprinkle your life with your own special kind of  .....magic.