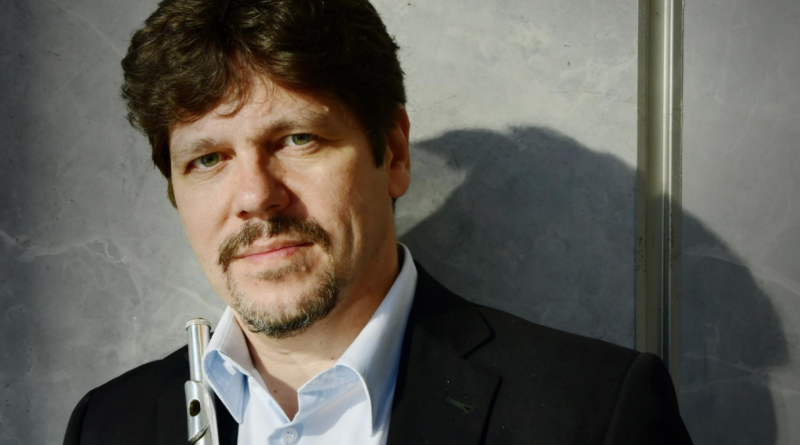 Hungarian flutist Gergely Ittzes has recorded a tour de force!! A seven CD set encapsulating remarkable flute sonata’s from our extensive flute repertoire from the 18th to 20th Century. Each CD in the set presents a different style and period of flute music: 18th Century, Romantic Sonatas, French Music, Impressionism, Soviet & Hungarian Works, Czech & America Works, The 20th Century Western Europe.   Of course, it would be impossible to choose and record all the beautiful sonatas in our repertoire, but Gergely has chosen a very good representation that is inspiring and interesting in so many ways. One of the things I like best about reviewing CD’s for The Flute View is that I get to meet inspiring players and that I sometimes hear music that I don’t know well.

First things first, the performances are beautiful, musical and stylistically exacting. For example, in Volume 1 he chooses just the right sound, vibrato and volume for the Bach Sonata’s (B minor, E minor and E major) playing with pianist Alex Szilasi on the B minor and harpsichordist Anthony Newman for the other two which include continuo parts. He truly understands the style, down to the speed of the trills and the kind of ornaments (sparing) that he applies.

In Volume 2, Romantic Sonatas, there are works that are not as well known, including the Kuhlau, Grand Sonata Concertante and the Karg-Elert, Sonata in B-flat Major. Substantial romantic works for flute that I’d love to learn! Ittzes played these pieces with passion, intensity and glorious sound a sharp contrast to the aural choices he made in volume 1 and a testament to his understanding of the flute and musical styles.

The French Music album explores Mouquet,  Gaubert Sonata No.1, Poulenc Sonata and the Pierne Violin Sonata Op.36 which was transcribed for flute even in its first edition (another little known work within the flute world). Gergely chose to include one album entirely devoted to French music because of the integral role that France played in the development of the flute, flute playing and flute repertoire.

Volume 4, Impressionism, introduces several composers including Mario Pilati and Willem Pijper, as well as the monumental Jongen Sonata op.77. I especially liked the Pijper Sonata with its energy and rhythmic vitality.  Volume 5, Soviet and Hungarian Composers, Lajtha Sonata (new to me), Taktakishvilli, Denisov and Prokofiev. This is an exciting album and Gergely plays these pieces with understanding and virtuosity. I love the Lajtha Sonata and hope I can learn it someday, it’s a very demanding piece but exciting rhythmically and harmonically with lots of beautiful folk melodies. The pianist who performs in the Taktakishvilli, Jozsef Gabor actually performed it on the first recording of the piece with the composer’s supervision. From this recording we now know that the trills in the second movement of the Taktaksishvilli should be played from the note above, as that is what the composer suggested!

Volume 6, Czech & American Works contains some of my favorites, Schulhoff, Martinu, Feld, Muczynski and Liebermann.  These pieces, characterized by energy, driving rhythms and an expansion of flute volume and technique are played at brilliant tempos and with great collaboration between flute and piano. I particularly loved this CD as you can really see the connections between the composer’s styles and also experience how composers have started to write musically satisfying music for flute. The collection ends with Volume 7, The 20th Century Western Europe and includes Sonatas by Bowen, Dubois, Andriessen, Jolivet and Hindemith. I like the Mondrian painting on the cover! Here Ittzes covers mid- 20th century  Western European musical trends. The early piece by Adriessen is quite interesting, so different from his later Avant Guard style, but melodic and impressionistic, and I also liked the Jolivet Sonata from 1958 which is abstract and free,  (although difficult) played with great understanding by Gergely. The album and collection ends with the Hindemith Sonata, played with new insight and ideas. Whew- quite a collection and well worth the (hours) of listening! I hope you will take the time to during these quarantine days to listen to these truly excellent albums.

Gergely had 4 extraordinary pianists performing with him, Jozsef Gabor, Peter Nagy, Balazs Vitalyos and Alex Szilasi as well as Harpsichordist Anthony Newman. They all added so much to the musicianship and excitement of these albums. If you are a professor, the collection will prove useful to your students in exploring and understanding different styles of music and also in introducing some pieces that extend the flute repertoire. One more aspect of the albums that I liked very much is that each cover presents a painting of the period and nationality represented, for example the French Music album features the painting “Seine and Eiffel Tower in the Sunset” by Henri Rousseau, a bit of creative art history included!  Program notes by Gergely, English translation by Kata Ittzesne, with translation into Chinese by Tong Yu.  The album is released by Hungaroton.